This article is now available on Audio, written by Alex Jimenez Nimmo and read by Audrie Roelf, exclusively for our Patreon supporters. For just $3 a month you will have access to our full library of Audio content, plus three new uploads every week. To sign up visit our Patreon page: https://www.patreon.com/25YL

In Ari Aster’s latest film, Midsommar, there’s a scene in which a flock of young women dance around a Maypole until they gradually collapse, exhausted. The winner is whoever lasts the longest. Imagine that scene, with all its tension heightened and stretched out into a feature-length film, and you end up with 1969’s They Shoot Horses, Don’t They?  Despite not being set in 1969, They Shoot Horses Don’t They? is a cautionary tale where the rebellious spirit of the 1960s dovetails with the bitter disillusionment of the Great Depression. The influence of Sydney Pollack’s They Shoot Horses, Don’t They? has spread far and wide, ranging from fashion to music videos and even YouTube channels. It’s murder on the dancefloor, so it’s time to celebrate and delve deep into this darkly subversive film. 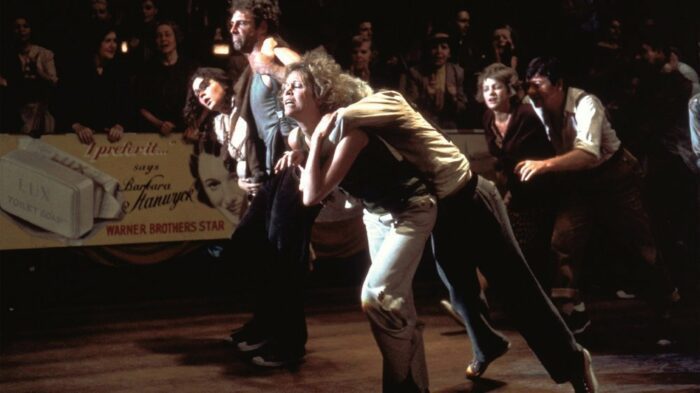 The idea of a deadly dance marathon has existed for centuries. From the 14th century to the 17th century, a phenomenon known as “Dance Mania” swept central Europe. Men, women, and children would orchestrate an impromptu, wild, and unstoppable dance, one that would only cease when the participants would cave in from exhaustion. To this day, the exact cause of this outbreak has not been determined but symptoms have been linked with an early form of mass hysteria, where people would join the throng out of fear, or out of a desire to copy. During the Great Depression, what had once been classified as a disturbing psychological occurrence was transformed into a human spectacle when dance marathons became a trend. Participants would shuffle around a dancefloor for hours, carried along by a glimmer of hope that their ordeal would end in a cash prize.  Adding to the theatricality of the event, audiences would pay to see the dancers suffer breakdowns and crash to the floor in a heap. 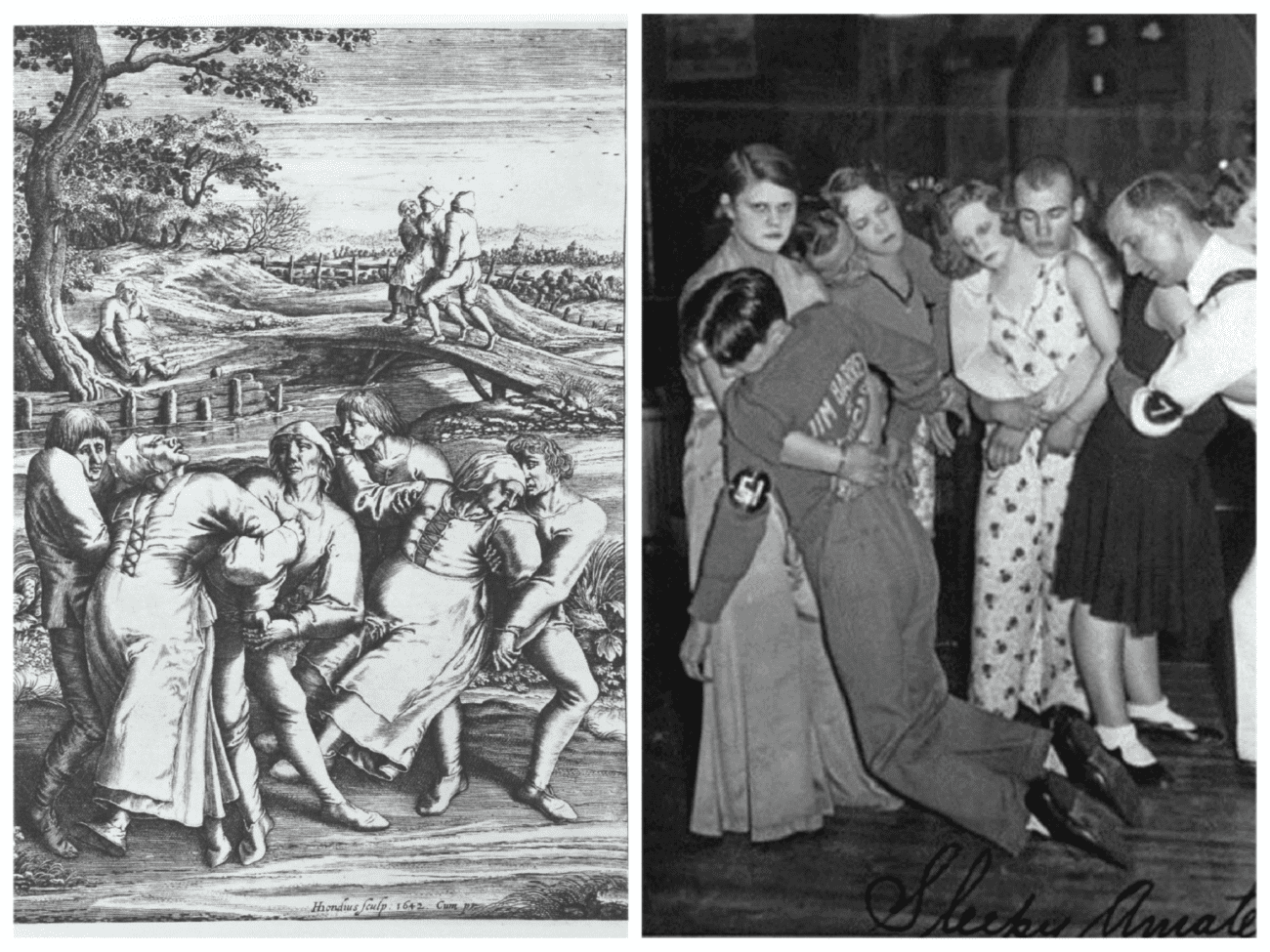 1969 was a year caught in a period of radical change. But whereas most people were looking towards the future, Sydney Pollack was looking back at the past. They Shoot Horses, Don’t They? submerges the viewer in the claustrophobic world of the 1930s dance marathons, a period, as Roger Ebert has pointed out, that was largely unfamiliar to contemporary audiences. Notwithstanding, Pollack’s message is timeless, as he presents an unflinching view on the lengths people will go to for money and glory. In fact, one of the main characters of the film is aptly named Gloria (portrayed by the iconic Jane Fonda). The cast of characters in this movie are almost like those in a game of Cluedo. Each one is a living token, pawns on a board that move for the audience’s delight.

Gloria is a no-nonsense woman who wishes to become an actress. Unlike the other participants in the marathon, Gloria is not there for a specific reason. She’s simply there because there’s nothing else for her to do. When her dance partner is not allowed to enter the competition due to a fit of coughing, Gloria has to settle with the company of Robert (Michael Sarrazin), an aspiring film director who wanders into the dance hall by chance. Together, they will have to face off a wacky range of contestants to win the coveted prize of $1500. Among these personalities are Harry Kline (Red Buttons), a sailor who is too old to compete but has enlisted himself regardless, Ruby and James (Bonnie Bedelia and Bruce Dern), two impoverished soon-to-be parents and my favourite duo, Alice and Joel (Susannah York and Robert Fields), a pair of wannabe actors who are convinced of their own glamour but are really as low as the rest of the contenders.

The ringleader of this rag-tag band of dancers is MC Rocky (Gig Young), a corrupt but charismatic businessman who sees the dance marathon an opportunity to seize profit for himself. Gloria and the rest of the contenders are put through a series of gruelling challenges, including dancing while eating, dancing in the middle of the night and the infamous derbies, where the candidates dress up in racing gear and march around a track for ten interminable minutes with the last three couples suffering elimination. Over the course of the racing scenes, Pollack made sure that the audience would feel the palpable anxiety of the contestants by donning a pair of roller skates and mingling while the actors were running.

Moreover, They Shoot Horses, Don’t They? purposefully puts the spectator in an uncomfortable spot. Like the on-screen audience, we are bizarrely fascinated to see the trials and tribulations the contestants go through. For me, this applies particularly to the two female leads of the film, Gloria and Alice. Both women start out as brashly confident individuals, but as the marathon progresses their defences are let down and their vulnerabilities are drastically exposed. 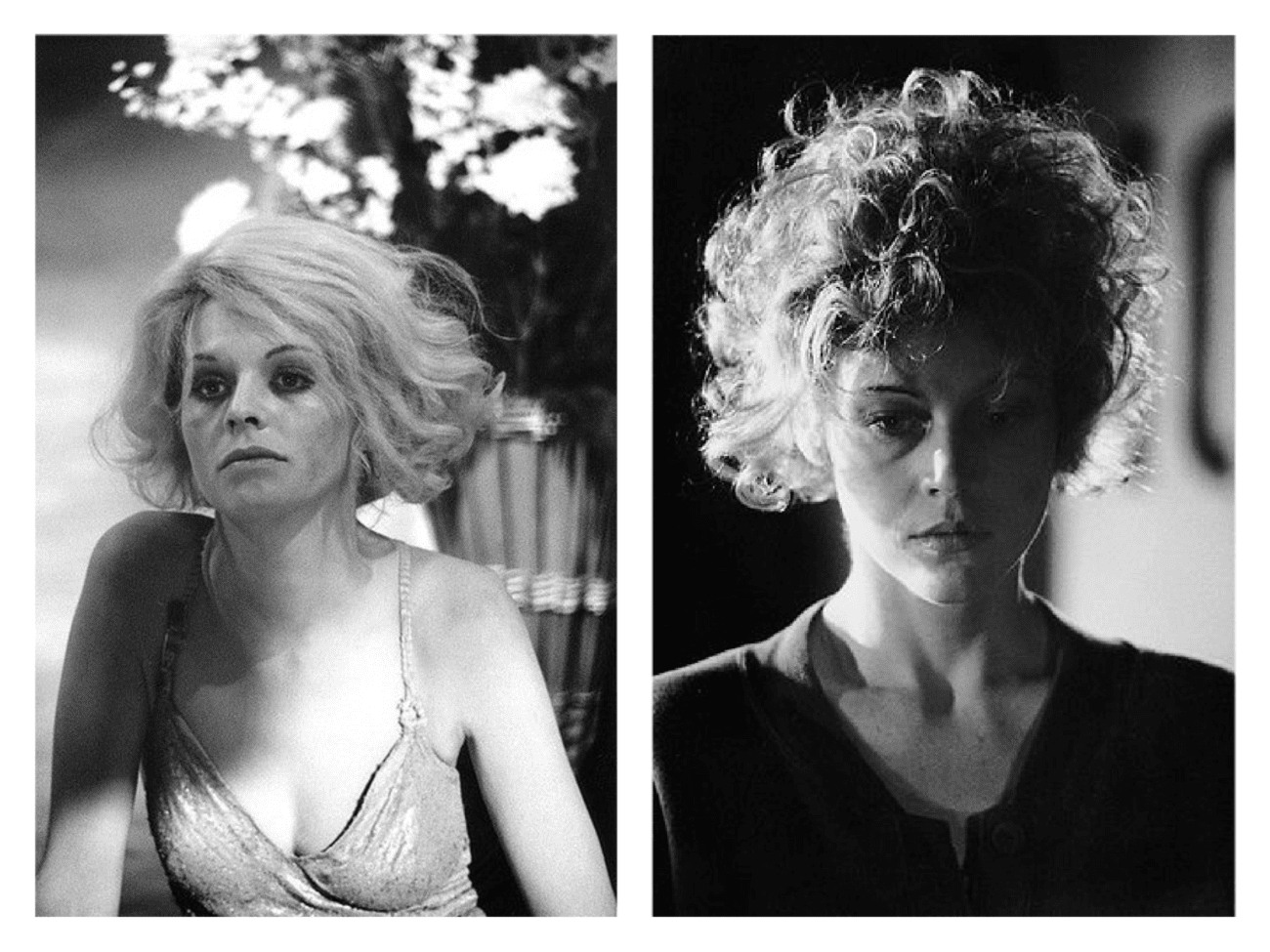 Gloria adopts a firmly cynical view of the world. She reveals to Robert that she’s tired of getting bit parts and thinks that “they got it all rigged before you ever show up”. As the film progresses, Gloria constantly toys with the idea of giving up completely. When Robert asks her what she would do with the prize money, she succinctly answers “Maybe I’d buy some good rat poison”. Gloria’s jaded, but realistic outlook on life contrasts directly with Alice’s naïve perspective. Alice arrives at the competition looking like the belle of the ball. Clad in white and imitating Marilyn Monroe, Alice believes that the dance marathon will be an opportunity for her to land a major acting career, as casting directors may be in the audience. Gloria, having already seen the cruelty of the acting industry knows that Alice’s quest can only end in humiliation.

Signs of Alice’s potential insanity are subtly hinted at throughout the film. In a desperate plea for attention, she recites monologues much to the amusement, but not admiration, of the onlookers. Rocky notices Alice’s unhinged personality and to provoke greater drama among the contestants steals her dresses. Fashion for Alice is the façade under which she hides, so when that cover is taken away she lashes out crazily at her companions. Later on in the film, Gloria also thinks that she has lost an item of clothing. But whereas Alice’s response is to shout and protest, Gloria muffled cries are even more heart-breaking, as it is the product of the distressing realisation that she cannot fight back against life’s punches. 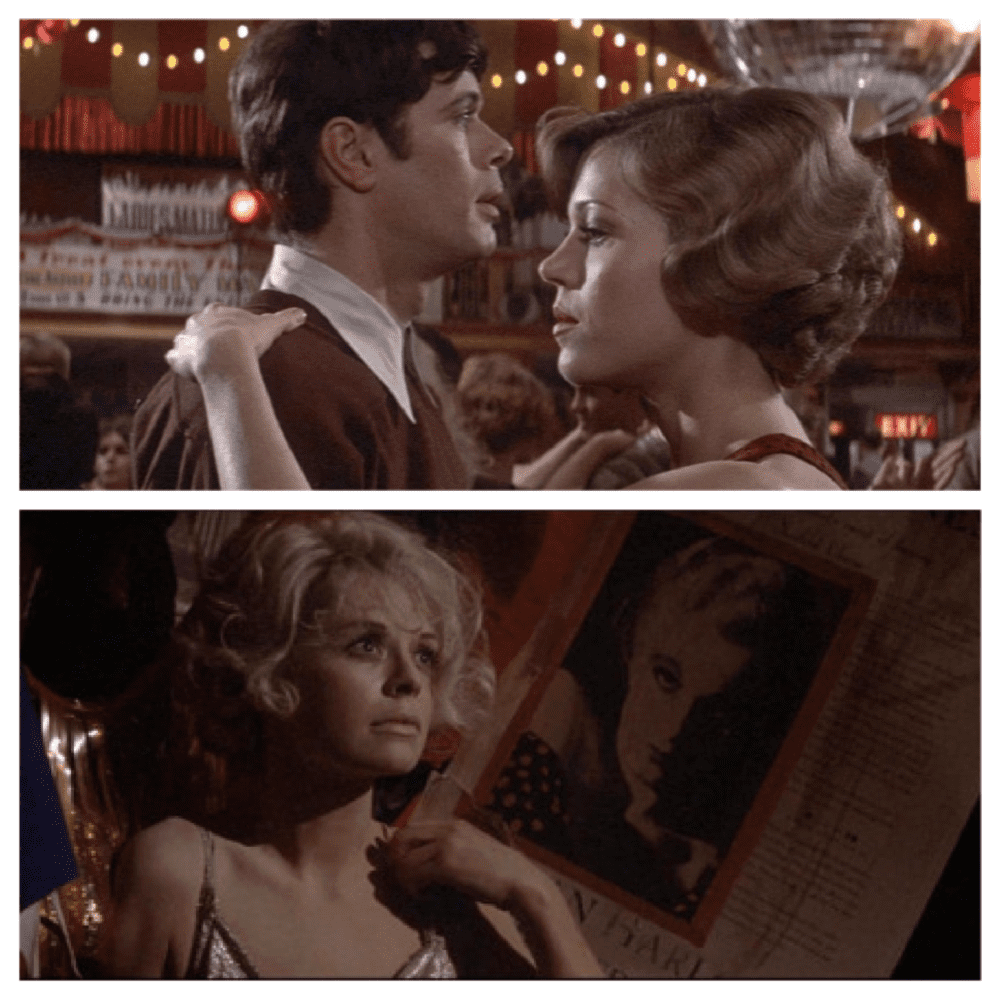 The two actresses look for a director and, to a degree, they find it in Robert. Robert represents salvation and damnation for both Gloria and Alice. His kind disposition is a counterpoint to Gloria’s sarcasm, and she ends up taking a liking to him. However, this ideal partnership is sent into a downward spiral when Alice attempts to seduce Robert and he ends up becoming her companion. Resentful, Gloria ends up allying with the aged sailor Harry, so that she can remain in the competition. Harry experiences a fatal heart attack during the second derby and ends up dying in Alice’s lap. This is the tipping point for Alice, who suddenly understands that she has gone from riches to rags and the sight of death brings on her psychotic breakdown. Running to the showers in a frenzy, she attempts to scrub off this destructive experience and is removed from the competition.

Alice’s downfall is suitably melodramatic, worthy of the Hollywood movies she dreams of participating in. Gloria’s end brings the viewer back to reality, as she places her fate in the hands of Robert.  Rocky reveals to Gloria that, even if they did win, most of the money would pass onto the organizers of the gala in the form of expenses. Shattered by this piece of information, Gloria hands Robert a gun she has kept hidden and begs him to put her out of her misery, which leads to the iconic question that gives the movie its title. 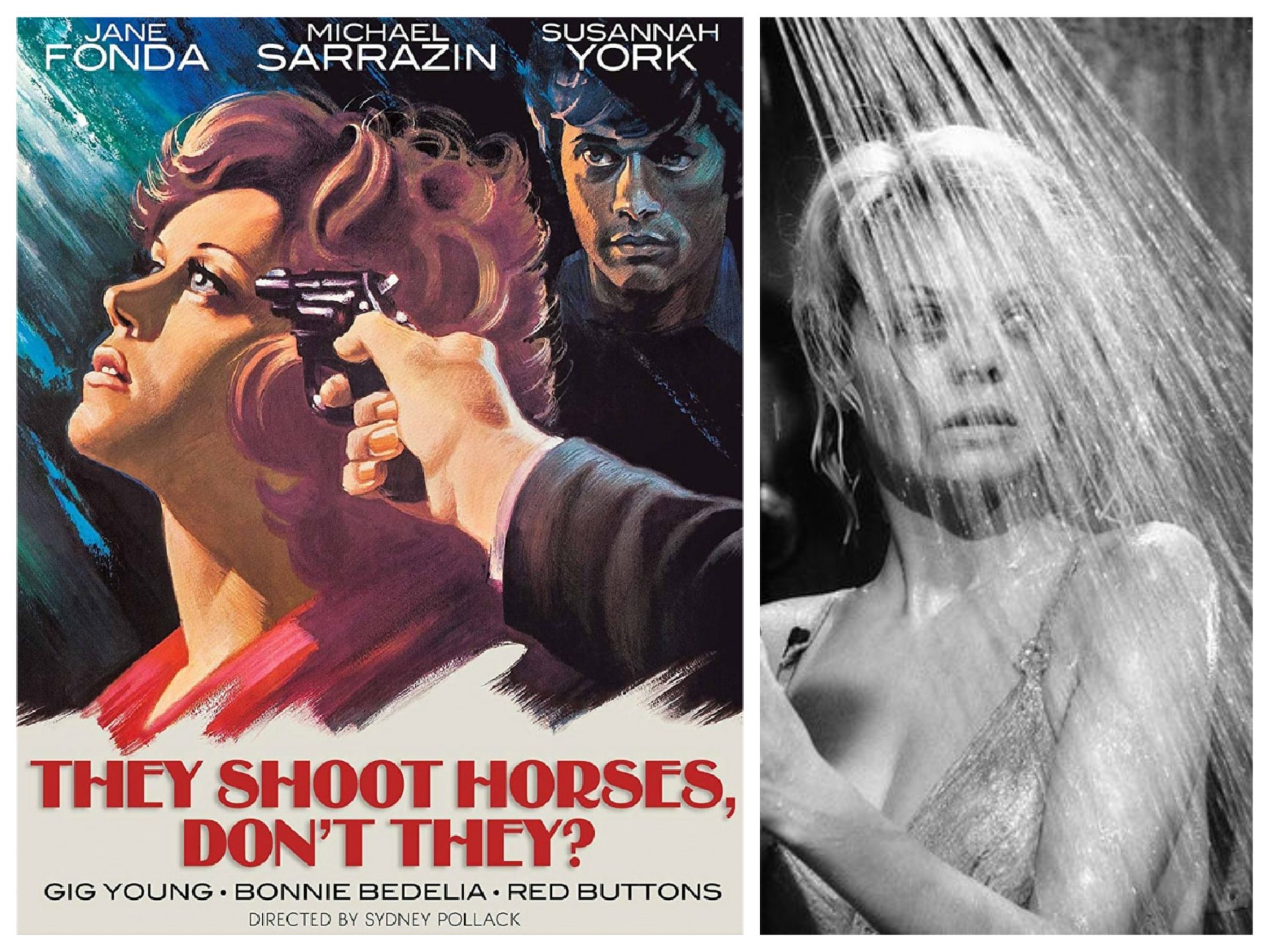 Entertainment Weekly argued in 1996 that Pollack’s movie “has probably aged better than any American film of its time”. This is certainly true, and its message is arguably just as pertinent in this century as it was during the time of its release.

In 2001 pop singer Sophie Ellis-Bextor released the chart-topping song “Murder on the Dancefloor”. The music video takes clear influences from Pollack’s film, as it revolves around a dance competition and features a similar aesthetic to the movie. The four-minute music video shows Ellis- Bextor as a cunning dancer who sabotages the rest of the competition. While Pollack’s Gloria cheats out of necessity, Ellis-Bextor’s cheats out of spite. Furthermore, whereas in They Shoot Horses, Don’t They? there is no clear winner, “Murder on the Dancefloor” displays the dancer triumphant, but at the cost of her own moral compass. It’s an amusing take on what could have happened if Gloria had chosen to go through the competition’s questionable rules. 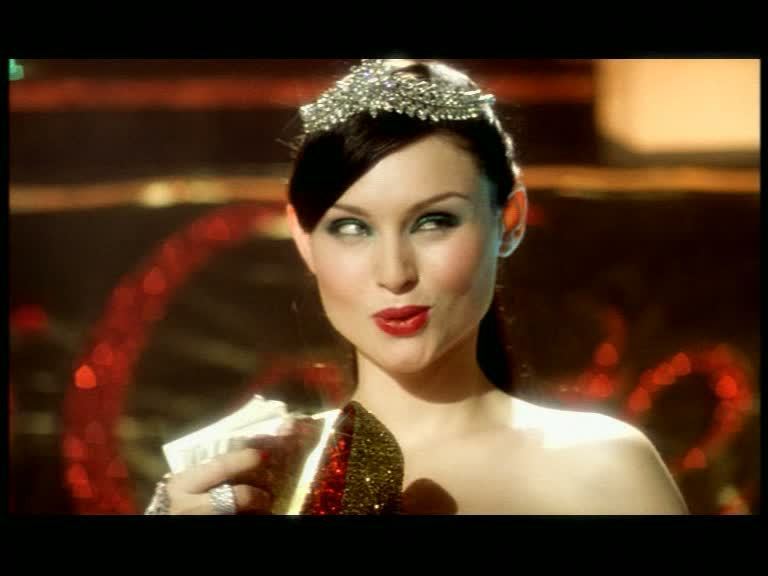 One of the most beautiful and fascinating homages to They Shoot Horses, Don’t They? was imagined by Alexander McQueen in the 2004 Women’s Spring/Summer Runway.  During the 1990s, McQueen had already paid tribute to classic movies such as The Birds or Blade Runner. However, these tributes took the form of subtle references or stitched motifs on the clothing. The 2004 show, “Deliverance” was a total recreation of They Shoot Horses Don’t They? on a scale no one could have imagined. As usual, McQueen held nothing back, making the models sprint across the runway, faint into each other’s arms and for the breath-taking finale had the model Karen Elson ebb away as she sank slowly into the deadly dancefloor. 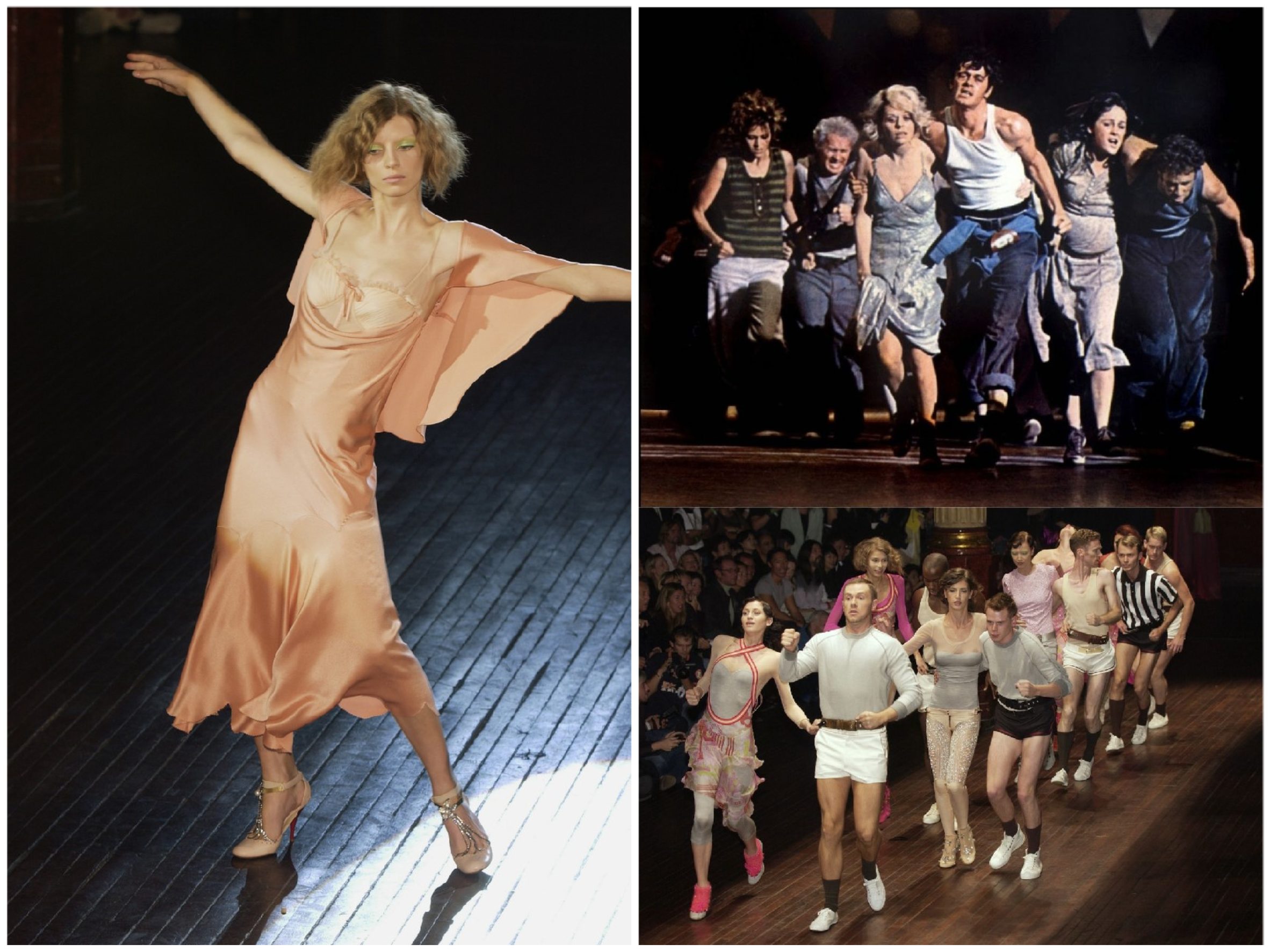 The vile nature of competitions continues to be showcased by contemporary online platforms such as Cut.  One of its most controversial videos, in fact, mirrors the dilemma at the heart of They Shoot Horses, Don’t They?. The video in question is called “7 Strangers Decide who wins $1000” and it involves a series of people exposing their problems and fighting it out to gain victory. It’s a tough 20 minutes to watch, as the participants drag each other to the ground bringing subjects like race, income, and charity into battle. The 108,000,000 dislikes displayed are a testament to how strongly viewers felt disgusted by the whole process.

They Shoot Horses, Don’t They? is a savage reminder that no one stands victorious when all parties concerned lose the moral ground under their feet. Pollack presents us with an uncompromising and despairing picture of our viciously competitive nature as we dance through the decades.