“Buried Treasures” is a bi-weekly film series highlighting beloved films that have been either underseen or underappreciated. Every other week, one 25YL columnist will choose a film they think is deserving of additional praise and shine a spotlight on that film. The film chosen may be one that few have heard of, or maybe it will be one that was panned by critics. Either way, their spirited defense of the film will hopefully encourage more people to give it a chance and maybe even find a new favorite film. In a seemingly endless sea of negativity on the internet, “Buried Treasures” provides a space where positivity reigns.

Grand Theft Parsons was released in November 2003 and while the response from critics was wildly mixed, I personally was on the verge of turning 15 and had coincidentally been digging pretty hard into music from Parsons’ active era. Luckily for me, my mom was/is obsessed with The Rolling Stones and pretty much anything that revolved around them in the ’60s and ’70s, so a lot of Gram’s bands or projects were readily available for me to search through. Then, seemingly out of nowhere, some sort of cosmic rock ‘n’ roll black magic was performed and Grand Theft Parsons was released and viewed, of course, by my mother and myself multiple times. The film wasn’t just loved by me and my mom, though. Since it was on at regular intervals at my house after its DVD release, any friend that came through the house would have sat down and watched it at some point. And, whether they loved the soundtrack that features various versions of Gram’s music, or the plot, or the cast, most people that saw it loved it. I’ve noticed now though that if I bring up the film to most people they’ve never seen it and sometimes never heard of it. To me, that is an injustice, so I’m here to make a case for this lost gem. Hopefully, you’ll go to your local pawn shop and find a faded DVD of it, then change out your Blu-ray player for a DVD player (you’ll no doubt have to dig it out of the closet under the itchy blankets reserved for house guests) and give it a chance.

This film is based on the astonishingly true story of how Gram Parsons’ (Gabriel Macht) body was stolen by his close friend and road manager, Phil Kaufman (Johnny Knoxville), before his father, Stanley (Robert Forster), could take Gram’s body back to New Orleans to be buried. Kaufman, who in real-life actually did hire a hearse, goes to LAX and coerces airport personnel to hand over Gram, and then boogies on over to Joshua Tree to cremate the remains of his friend, because of a pact the two had drunkenly made in the past. No-one can know the exact conversation between the two since one is gone and the other is now 83, and some of the facts may be lost to the years. I do have first-hand experience, though, with drunkenly laying in fields with my friends and having conversations about everything from complaints that I consistently lose my shoes when drunk to trying to unravel the deepest mysteries of the cosmos. So, having a meaningful conversation about what to do with my body after I’m gone from it doesn’t seem far-fetched at all. The film adds in anecdotal characters, conversations and even events, but in the end, the plot was based on very true events.

There are, of course, some inconsistencies in the film when it comes to historical truth, as the character Barbara (Christina Applegate) is completely fictitious; she’s almost an amalgamation of the era’s artists more insidious gold digging groupies or angry sidechicks. Applegate’s performance was well-played and drove the narrative of the film, as she goes from bank to bank trying to force anyone that will listen to her story about Gram leaving behind a note stating that he wishes her to inherit all of his worldly possessions when he dies. The poignant character of Stanley Parsons was also an alteration since in real life Gram’s father, Ingram Conner (Gram’s namesake), committed suicide two days before Christmas in 1958. Gram’s stepfather was actually the man trying to get Gram’s remains back to New Orleans to have him buried and considered a resident of the state so he could inherit Gram’s grandfather’s estate. That’s the story that has been widely accepted as fact over the years. 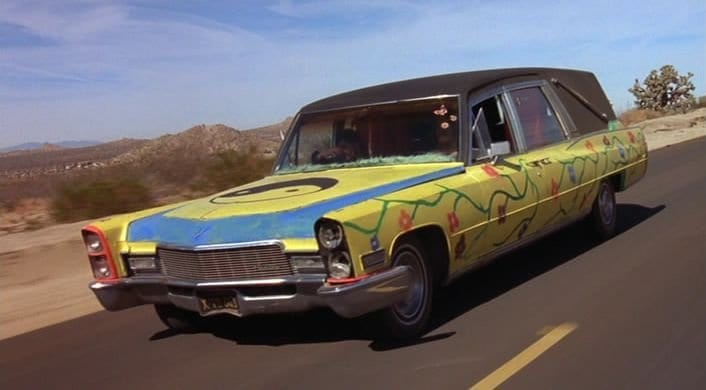 So, while the character Stanley was reflective of how a normal family may have dealt with the death of their son, it’s not accurate. Everyone’s favorite historical alteration to this film though is probably going to be the addition of Hippie Extraordinaire, Larry Oster-Berg (Michael Shannon), who plays a meditatively laid-back stoner who’s also constantly on frantic edge of the crazy and unpredictable events unfolding around him, which are being driven by the madman that has come around to borrow his bright yellow hippie hearse affectionately named Bernice. Larry’s deadpan humor alongside Phil’s sarcastic and snide humor blend well together, and following them on their road trip to Joshua Tree gives you the urge to jump in your car with your own friends (though preferably living ones) and go on an adventure that may or may not end in your arrest. As the film is centered around Phil Kaufman, it basically makes Johnny Knoxville the star.

I often wondered if people were initially interested in the film since at the time Jackass was becoming extremely popular, and then they were let down when the star of said show wasn’t performing stunts and doing backflips off moving cars. Of course, Kaufman was successful in fulfilling his friend’s final wishes. In the film, Kaufman receives Gram’s fictitious father’s blessing for the desert cremation and then shortly after its completion, Kaufman is visited by an apparition of Parsons basically saying thank you and goodbye to his friend. The film is short (at a runtime of just under 90 minutes) and sweet, and although some fans of the musical side of history weren’t absolutely thrilled with all the additions and subtractions of fact and history, since the actual Phil Kaufman makes a surprise appearance at the end of the film, you can tell he was on-board with the way the story was presented. 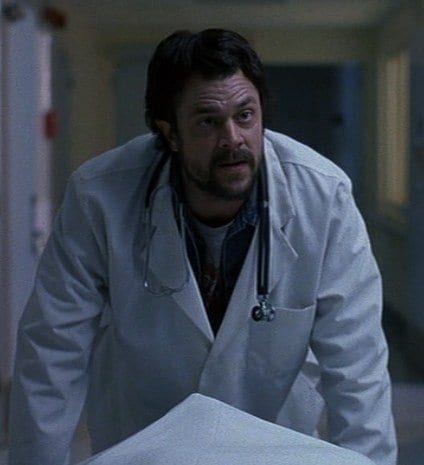 The film may, right now, not be a shining star in cinematic history, but it will definitely give you a humorous overview of the strange events that took place after the death of Gram Parsons, who left a deep bootprint in the history of music. Since the film only runs at an hour and a half long there sadly wasn’t enough time to add in some of the stranger details of the lives of everyone involved, but it does a good job of making you want to go look up the details for yourself. I do declare that there are some amazing and strange details about the lives of both Phil Kaufman and Gram Parsons. This film does a service to them both by casting people that are well-known enough to draw in an audience and then give a memorable performance. Since I don’t want the film to be lost to the ages and glossed over as a farce, I’ll stick around and run my mouth about it to anyone who will listen.

Have you seen Grand Theft Parsons? If not, hopefully, you’ll give it a watch. If you have, drop me a comment and we can argue over the film.