“Buried Treasures” is a bi-weekly film series highlighting beloved films that have been either underseen or underappreciated. Every other week, one 25YL columnist will choose a film they think is deserving of additional praise and shine a spotlight on that film. The film chosen may be one that few have heard of, or maybe it will be one that was panned by critics. Either way, their spirited defense of the film will hopefully encourage more people to give it a chance and maybe even find a new favorite film. In a seemingly endless sea of negativity on the internet, “Buried Treasures” provides a space where positivity reigns.

Many have claimed that Michel Hazanavicius’ 2011 film The Artist was nothing more than a gimmick, an attempt at a modern-day, black-and-white, silent film whose only ambition was to bring home Oscar statuettes. The film did win Oscars—five in fact—that were much deserved, none more so than Best Picture. The ability of Michel Hazanavicius to bring 1920s cinema to life for 2011 audiences, to expose filmgoers to silent cinema intricacies like iris-in/iris-out shots, to include a beautiful opening title sequence with title cards reminiscent of the earliest days of movies as an art, and camera movements used during the dawn of the medium was much more than a gimmick—it was a masterful love letter to film. Hazanavicius replicated the final days of silent cinema without adding his own personal flair, honoring and paying homage to a golden age without adding the 21st-century artifice. The Artist is packed with classic film references including Buster Keaton, Harold Lloyd, Jacques Tati, and films like Citizen Kane and The Lost Weekend, to name only a few.

The film doesn’t include these references to check the boxes, either, as some more recent films seem to do; but rather, Hazanavicius clearly respects and idolizes the cinema that came before his own. The costumes, the hair, the attention to detail that makes up The Artist are exquisite and truly embody an era of cinema that paved the way for the films we enjoy today. The Oscars are my favorite day of the year (despite being endlessly disappointed by their outcomes), so I do understand the disappointment that many evidently felt when The Artist beat out their favorite film, but 2011 was one of those rare instances where the best film won the top prize.

Opening in 1927, The Artist shows the successful swashbuckling acting career of George Valentin (Jean Dujardin), who is on top of the world, filling cinemas and navigating through crowds of people that seek to catch a glimpse of the handsome star in person. An eager wannabe actress, Peppy Miller (Bérénice Bejo), bumps into him from behind the rope keeping the fans at bay while she goes to pick up her autograph book. Never one to miss an opportunity to ham it up for the camera, Valentin shares a moment with her, kissing her on the cheek as the camera bulbs flash. Peppy capitalizes on her brief encounter with stardom, throwing herself into auditions and is able to make some headway as an actor finally. Two years later, Peppy is making a name for herself, while George laughs off talkies in favor of remaining true to his silent films.

As the world continues to adapt and George digs his feet even further into the ground of silents, his film producers vow to no longer back him in favor of repackaged faces that can carry the studios into the age of talking pictures. Feeling abandoned yet determined, George decides to fund his film, confident that the audience who has spent years loving him and his films will continue to support his career. Never on the same side as time, the Great Depression overcomes just as George’s film is set to hit theatres against Peppy Miller’s, the newest Hollywood “It girl’s” latest film. Isolated and broken, George is left to navigate a world in which he feels that he no longer belongs, with an understanding of how fickle mass affection can be, realizing he’s prioritized aspects of life that didn’t make him truly happy.

The Artist is about many aspects of life, the human condition, and what one does for a living and how they spend their time. My favorite aspect of the film is how wholly it explores the feeling that the world is a place in which you cannot fit into. The vulnerability that comes with the perception that you are an out of place entity among seas of people who seem to have no problem steering their ship brings with it an overwhelming loss of the self. George no longer feels as though he has anything to offer once the world that he has devoted his life to no longer accepts him. This loss of purpose, along with the devastation of realizing how fickle public adoration can be, leads to him pushing away those closest to him. George no longer felt as though he was worth the time of his longtime friend and chauffeur, Clifton (James Cromwell), so he fired him and cut off contact.

Despite her many attempts to break through his hard exterior, George felt emasculated around Peppy and didn’t feel himself worthy of her time or her love. The people that matter most to George treasure the person he is, not the way he can be exploited for public entertainment. As the film progresses, Michel Hazanavicius radiantly illustrates the descent of a human being’s self-worth as he buckles under the expectations of society. George had to readjust the trajectory of his life and leave behind his former expectations to make room for his new reality. It is the expectations of ourselves and others that often lead to our biggest disappointments in life and the sooner we can rid ourselves of those assumptions, as George did, we can find true happiness and discover pure and meaningful human relationships. 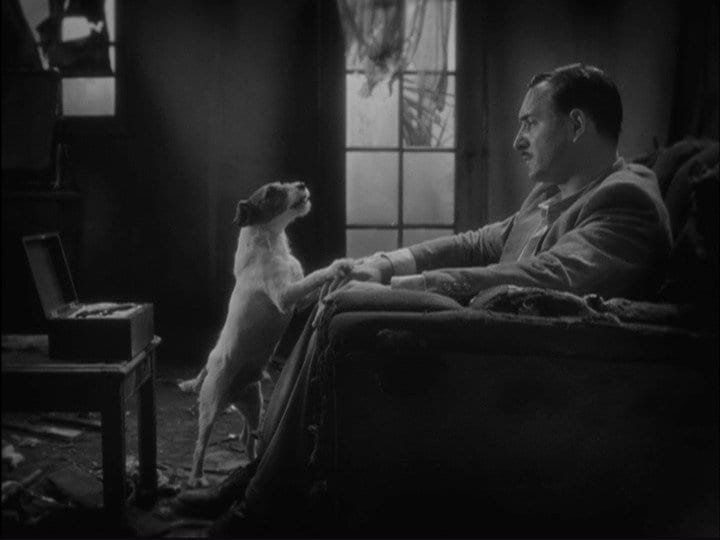 I wish I lived in a world where I could offer an endless list of American films that I’ve seen Jean Dujardin in since The Artist, though sadly, I cannot. That’s fine because Dujardin has primarily stayed in France working in cinema, and no matter how much I wish to have seen him rise across the globe, I can respect him staying in his native country and ignore my selfish desires to want to see him in everything. Dujardin’s emotional acting throughout The Artist is unparalleled, and I cannot think of a single person that could have performed in the film better than he did. The moment in which his character falls in love with Bérénice Bejo’s Peppy is pure magic. We see him transform within the scene being filmed—he is in one minute a focused actor working on a film set, and once he locks eyes with Peppy, we see him metamorphose from a film star to a human feeling person making a deep connection with another.

We don’t see emotional acting like Dujardin’s anymore, and his exceptional charisma and dazzling physical acting was a glorious performance to see. The outstanding scene just after George is exposed to the talkie film and he, as well as the audience, is exposed to the sounds of his cup hitting the desk and his chair falling over and the barking of his dog but not his voice, excellently represented the debilitating fear that George’s career wouldn’t translate from silent cinema. In addition to gaining an insight into George’s mind, Hazanavicius also uniquely uses sound, capturing the desperation of the scene while using cinema to its fullest potential.

Jean Dujardin isn’t the only standout in The Artist, as his co-star Bérénice Bejo and their chemistry is why the fire emoji exists. Their facial expressions and bodily acting are sublime and remain one of my favorite on-screen pairs of the decade to watch. The Artist and its eminent homage to silent cinema remind me just how badly I want to watch a silent film in a cinema with a live orchestral accompaniment. I’ll probably never have that chance, but I did have the opportunity to be wholly immersed in the cinema of the 1920s when I was fortunate enough to see The Artist in the cinema, which remains one of my favorite theatre experiences of my life. The sound design, the makeup and costumes, the brilliant story and exploration of the human condition, to me at least, more than earns a place for The Artist among the Best Picture winner heavyweights, and one I will continue to watch “with pleasure.” 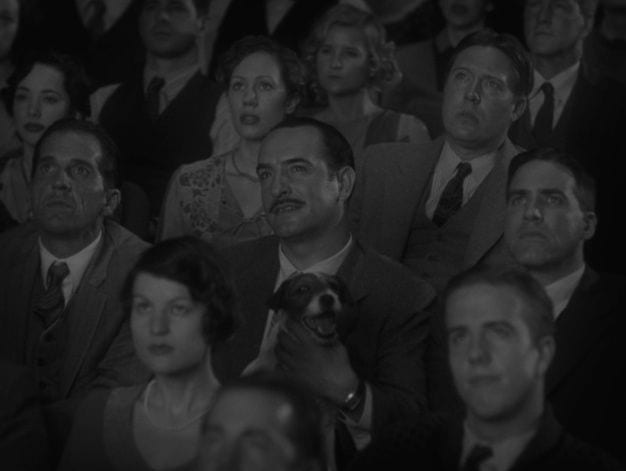