In theory, youth reform/detention centers in impoverished areas should rehabilitate youths from troubled domestic lives by giving them the education and care they need in order to become healthy adult members of society. However, the real-world consequences of these institutions are that they often cannot rehabilitate the individuals placed in their care and frequently leave them prone to a future life of crime based on a lack of resources, funding, and brutal punishment from adult guards. In Héctor Babenco’s Brazilian crime drama Pixote (1980), this failure of the detention centers leading to minors living a life of poverty and being prone to crime is shown throughout the runtime of the movie.

At the beginning of the film the titular character of Pixote, played by non-actor Fernando Ramos De Silva, is brought into a detention center along with a group of many other minors. The audience doesn’t know why or how the children and teens were caught, but it’s apparent that they’re dirty, bruised, and bloody after encountering the police, making the situation of injured children in the custody of adults horrifying to notice. In addition to the poor physical condition of these youths is that the station and detention center they’re eventually sent to are both noticeably over cramped and the building condition is poor with dirty interiors and signs of decay, which are a powerful visual parallel to the decaying and broken reform system of São Paulo, Brazil within the film.

The first night that Pixote experiences is truly terrifying as he sees a fellow youth detainee being brutally gang-raped by a group of the older detainee’s in the middle of the night, with the victim’s body bloody body being visible in the next morning when discovered by the head guard of the detention center. This singular moment is just the start of the brutality our underage main characters face in a system that’s supposed to protect and improve their lives, but instead, they harshly end the lives sent there. The moment further underlines the hopelessness of being able to improve the lives of youth detainees when the building and system they occupy is so dangerous to their well-being that they have no basis of a stable environment to model their lives around, leading to criminal tendencies as they’re kept in a lawless setting that masquerades as a legitimate public safety safeguard.

After this harrowing tone-setter of an introduction, the film shows two important moments of respite with Pixote watching a courtyard soccer game while getting his head shaved by the detention workers, being taught how to read and write in a crowded classroom, and being part of an audience listening to the detention center’s youth rock band, bringing a sense of calm in an environment that’s more brutal than stable in nature. These segments the powerful ability of sports, education, and the arts to be able to escape from the harsh realities of life that all the youths originate from as Pixote’s family is impoverished and only his grandparent can visit him, while others have tumultuous relationships with their families and frequently have no decent home life to return to. As a result, a cycle of committing crimes and being placed in brutal detention centers/prisons is never ended as a poor domestic situation leads to poor life choices instead of positive choices. As Pixote deals with life in the detention center, he starts to inhale glue while on cleanup duty in a putrid bathroom, going into a very deep high. This juxtaposition of a laughing Pixote high on glue fumes with the dirtiness of the bathroom floors and toilets reveals the deep desire for escapism that individuals desire when placed into stressful situations like poverty or crime to bring a fleeting sense of happiness. Along with this high, Pixote’s spiral into drug use furthermore underlines the ever-increasing sense that drug use and crimes are symbolic acts of freedom that impoverished people desire, but cannot obtain through healthier means as they have to focus on survival to make it to the next day, and not pleasure.

Later in the film, Pixote and other youth detainees are moved to a different detainment area during the night, during which one of Pixote’s first friendly companions in the center is killed by the adult guards and the death is framed on the gay youth Lilica’s boyfriend. After Lilica’s boyfriend is beaten to death by the guards after he fights back against their framing attempt, the minors of the detention center cause a riot to revolt against the death of their innocent counterpart. This moment is a crucial breaking point of the film as all the minors realize that their lives are just as endangered in custody than they are outside in the real world. Moreover, this act of anger is an expression of dissatisfaction against the blatant corruption that often affects law enforcement around the world as covering up acts of murder is easier than punishing the officers responsible for the crime themselves. 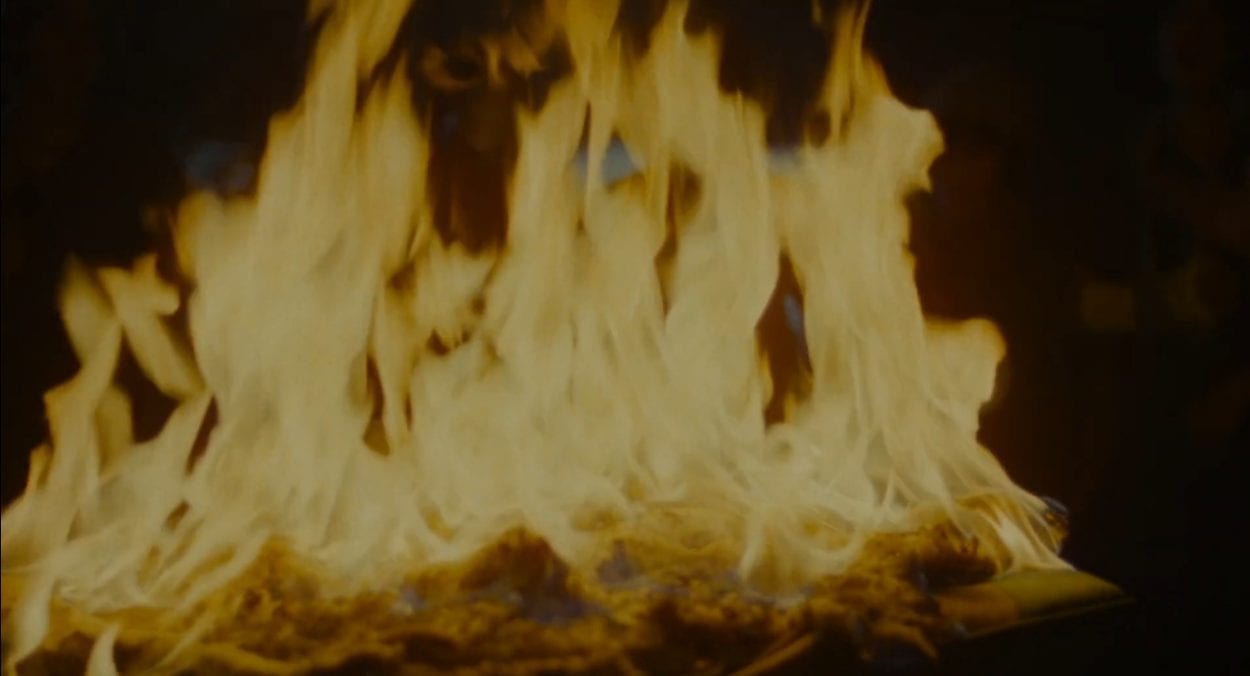 After the riots, Pixote and others including Lilica, Chico, and Dito escape the detention center during the middle of the night, leaving behind the rock band leader youth when he says it’s safer for him inside the center than outside of it. This scene is disheartening as it shows the vulnerability of handicapped individuals like the musician who wears a leg brace as they most likely cannot get a stable job with their physical condition, and would rather take free shelter and food despite the constant threat of death inside the center from detainee and officer alike. This escape then leads to a more-freeform second half as Pixote joins with Chico, Lilica, and Dito, who is Lilica’s lover, as they engage in pickpocketing and drug dealing with an associate of Lilica’s, and then try to gain money promised to them by a stripper for the cocaine they have. Without a reliable adult system to take care of the youth characters in the domestic or legal sense, these children are shown to commit crimes based on pure survival, and not mainly because they enjoy the act of committing them. Moreover, this part of the film fully encapsulates the failures of youth/juvenile detention centers in São Paulo as their environments and guards were so dangerous to the health of the detainees that they mainly had negative experiences to build their lives around, and not any significantly positive ones. 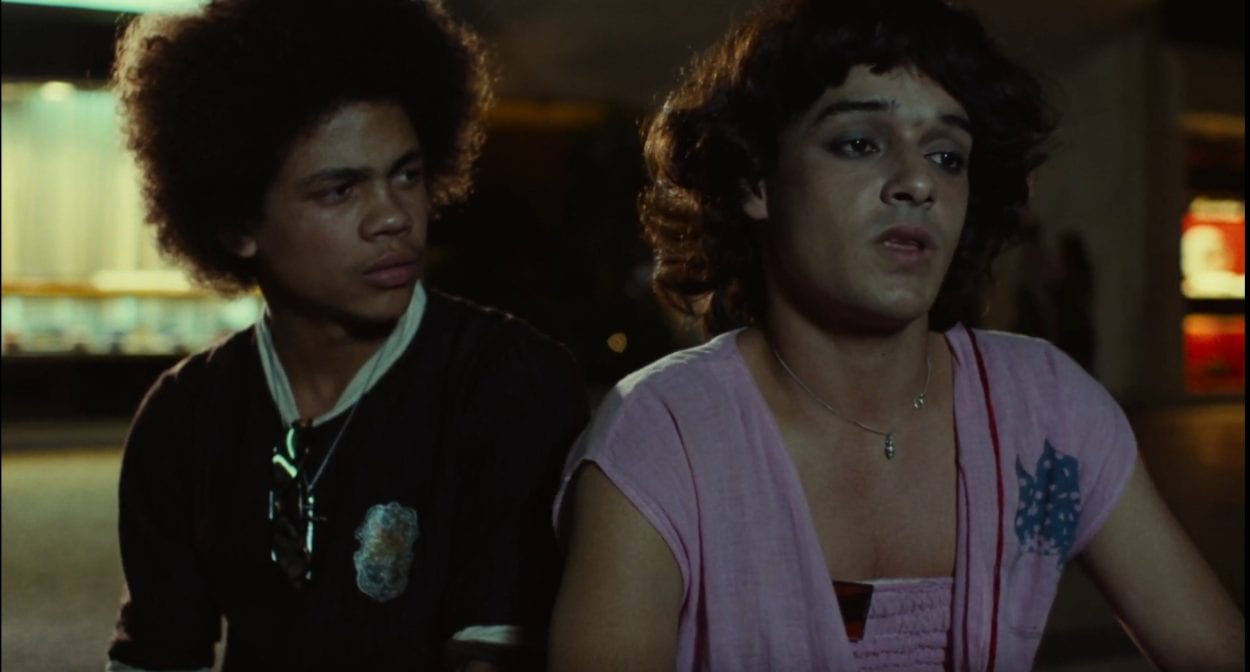 Following the participation in various crimes, Pixote, Lilica, and Dito become handlers for an older female sex worker, Sueli, while her previous handler leaves the town for a few weeks. As Dito flirts constantly with the sex worker, Lilica leaves the group, and Pixote and Dito decide to rob all the customers with weapons drawn to steal their money. Pixote’s complete change from an innocent child caught in a negative environment to an active participant in crimes is a disheartening realization that Pixote and other struggling children may not have a chance to turn their lives around after experiencing such traumatic and violent experiences, further causing the vicious cycle of crime within Brazilian society.

Not only does Pixote commit these acts of armed robbery for survival, but it’s also an exercise and control that his character was missing in the first half of the film. This finally leads to a tragic moment where Dito and Pixote rob an American customer during his encounter with Sueli and in the process accidentally kills Dito when the American fights back. After the death of Dito, Pixote is eventually rejected by Sueli and is forced to leave by himself into the Brazilian urban jungle. With this ending, the film presents the fact that an unchecked law system leads to an unsafe general public as people have to engage in criminal activities to survive or otherwise perish from federal neglect. With Pixote wandering offscreen, the audience realizes that life, as he knows, is over for him and that just like for many of the detained children in Brazil, they can never get it back. 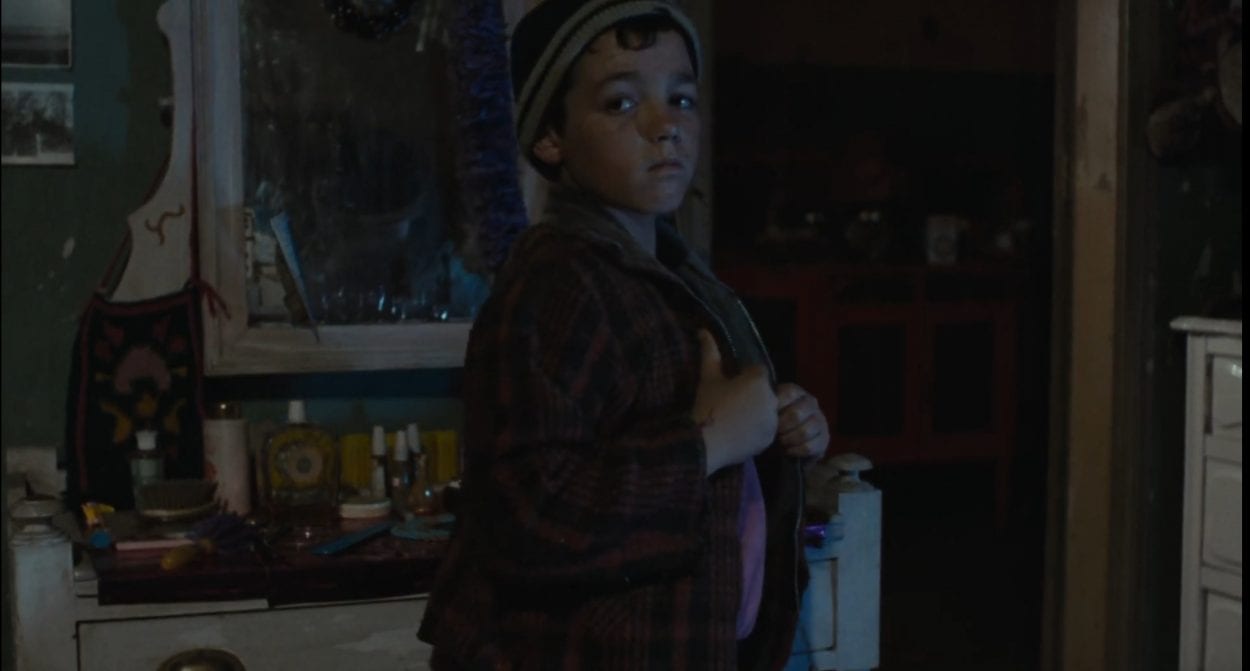