In his essay “Beyond the Pleasure Principle”, Sigmund Freud sought to pinpoint the eternal struggle between life and death. Extrapolating the Greek mythological figures of Thanatos (Death) and Eros (Love / Life), Freud argued that humanity possesses a tendency towards thanatophobia, or what is now known as “Death Anxiety”. However, Freud believed that it is not Death itself that people fear, but the hidden traumas connected to dying, more specifically, unresolved conflict in life. Freud also suggested that humans are guided by impulses which can take us closer towards death or life. In their films—Doctor Strange and The Fountain respectively—Scott Derrickson and Darren Aronofsky utilize their creative impulses to spin a narrative on the acceptance of Death, showing the viewer that a desire for immortality can be a curse in disguise.

First of all, some backstory is necessary, as both of these films had a rocky start. Created in 1963, Doctor Strange was one of Marvel’s most innovative characters, dovetailing an Eastern art style with the psychedelic visuals of ’60s fashion. Nonetheless, what Strange made up for in inventiveness, he lacked in popularity, as the teenage Spiderman was favoured among the masses. The idea of a Doctor Strange movie had been floating around Marvel Studios since 1986, but it took at least thirty years for a definitive director to arise. Wes Craven, David S. Goyer, Guillermo del Toro, and Neil Gaiman were attached to the project at different junctures, but all ended up dropping out. 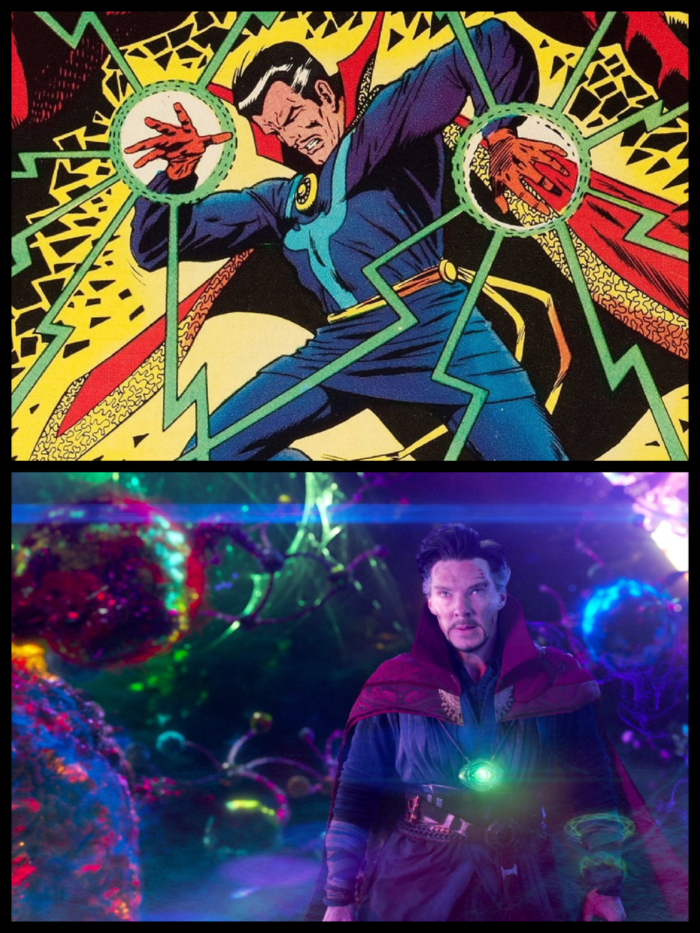 Over this thirty-year period, the comic-book figure of Dr. Strange became a cult classic, gathering a number of fans, including Scott Derrickson, the man who would take charge of bringing the story to the silver screen. Growing up in Colorado, the young Derrickson would devour Stan Lee and Steve Ditko’s comics, harbouring a soft spot for Dr. Strange. Derrickson has stated that what drew him towards the character was Strange’s alienation from life and his quest to heal.

Experience of personal trauma is what also motivated Darren Aronofsky to conceive the storyline of The Fountain. After turning thirty, both of his parents were diagnosed with cancer, prompting Aronofsky to reflect on his own mortality “Turning thirty marks when your twenties are over and you could start considering, one of these days I’m actually going to die”. His parents overcame the disease and Aronofsky decided to shape the film around the quest to save a loved one. Notwithstanding, in a similar manner to Dr. Strange, The Fountain had some difficulties in materializing. 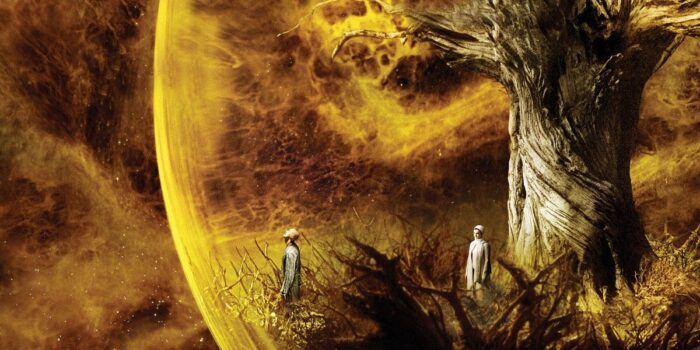 In 2002, Aronofsky had originally foreseen the film as a blockbuster starring Brad Pitt and Cate Blanchett. Along the course of pre-production, Pitt and Aronofsky fought over creative differences, leading to the shutting down of the initiative. Despite the smaller budget, Aronofsky refused to let his passion die and cast Hugh Jackman and Rachel Weisz in the lead roles, as well as hiring Clint Mansell’s musical talents for the soundtrack. Without the pressure of creating a high-budget crowd-pleaser, Aronofsky was allowed to pour his innermost feelings into the picture; creating a movie that is spiritual, beautifully reflective and visually impressive. However, The Fountain is one of the most unevenly received movies of the 21st century. It was booed by critics when it premiered at Cannes but was given a standing ovation when shown to regular audiences at that same festival. To this day, The Fountain remains underrated, with a meagre 51% critics score on Metacritic while audiences give it a solid 8/10.

The two films are divisive because they deal with highly uncomfortable topics, which are simultaneously intertwined with theory and religious concepts. Narrative-wise, they are surprisingly similar. Dr. Stephen Strange (Benedict Cumberbatch) is an arrogant but brilliant neurosurgeon who loses his hands, therefore his life’s purpose, in a car accident. Disillusioned, Strange starts to push away any reminder of his past life, including his girlfriend Christine (Rachel McAdams). The Fountain’s protagonist is also a surgeon. Tommy (Hugh Jackman) does not lose his hands, but he is in danger of losing the person he loves the most: his wife Izzi (Rachel Weisz). Hell-bent on discovering a cure for Izzi’s brain tumour, Tommy hesitates whether to devote his time to her or to his scientific endeavours, believing that when he finds the solution they will have all the time in the world.

At first, the two films centre on an intensely human drama, but the spiritual realm quickly takes hold. After shutting off Christine, Strange decides to travel to Kamar-Taj, a mystical community in Nepal lead by the Ancient One (Tilda Swinton). Here, Strange travels through different dimensions, learning that healing is rejecting immortality, making the most of time on Earth. He also discovers the Astral Dimension, an out-of-body experience that can only be accessed by liberating yourself of your physical form. In Dr. Strange, this is interpreted literally, with the Ancient One forcing Strange’s Astral Form out.

The Fountain offers a more metaphorical spin on this theme. Aside from Tommy and Izzi’s plotline, Aronofsky explores two other plotlines that end up connecting and intersecting with each other. During her final days, Izzi reveals that she is writing a book. Tommy begins to read it, and Izzi’s storytelling takes over. She tells the tale of Tomás, a Spanish conquistador working in the name of Queen Isabella. His quest is to find the Tree of Life, and when he finds it his prize shall be eternal love, living forever with the Queen he loves. Izzi’s chronicle is a mirror image of her life with Tommy. Tommy, like the conquistador, wishes only for unending love with Izzi, who is his Tree of Life.

Aronofsky does not stop here and takes a bold step into the most ethereal plot-point of The Fountain. Whereas in Dr. Strange, the characters are fully aware of their Astral projections, Aronofsky imagines a separate identity, one that blurs the distinction between the mental and the physical. Tom (once again played by Jackman) is a metaphysical being who lives trapped in a golden, shimmering bubble, whose destination is the Xibalba Nebula. The only other element of Nature in this foreboding cage is a tree that is on the verge of dying, a symbol for Izzi. Ghostly visions of Izzi torment Tom and prompt him to remember her Death and what went wrong. 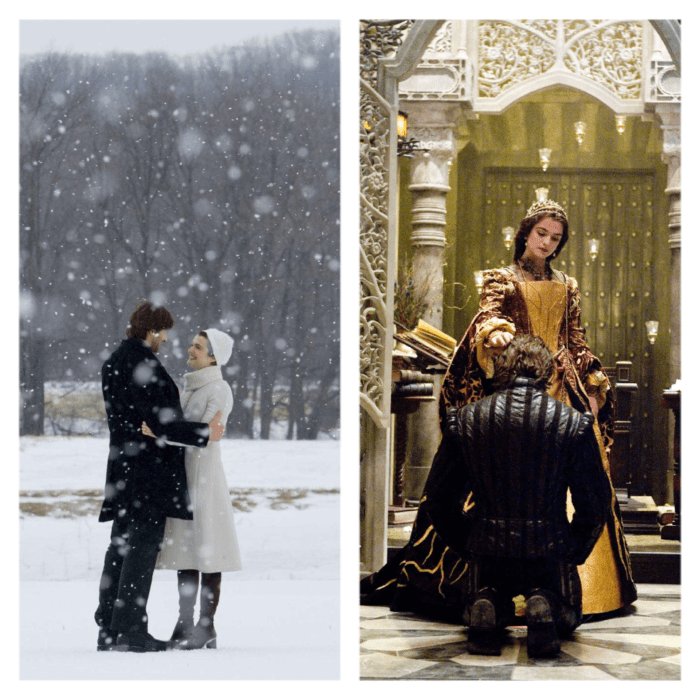 Part of what makes The Fountain such a fascinating film is that there is no definitive interpretation when it comes to the meaning of the three chronologies. Tom can be seen as The Fountain’s equivalent of Dr. Strange’s Astral Projections. In the latter, the Astral Form is not only used for fighting, but it’s also presented as a tool for unlocking hidden thoughts. In what is probably the most poignant scene of the movie, The Ancient One’s Astral Form touches upon a key message during her final moments. She states that “Death is what gives life meaning. To know your days are numbered. Your time is short. You’d think after all this time, I’d be ready. But look at me. Stretching one moment out into a thousand”.

Like the Ancient One, Izzi is accepting of her own death. She utters to Tommy that “Death is the Road to Awe” and entrusts him with finishing the last chapter of the book. Darren Aronofsky’s repertoire is known for the overarching theme of obsession, and his characters are often consumed by it. Inversely, The Fountain is about letting go of certain obsessions. When Izzi entrusts Tommy with the completion of her book, she is also making sure he lets go of her. By the end of the narrative, the astrophysical Tom and the fictional Tomás merge as one, with Tom vanquishing Tomás, as Tomás represents the side that does not accept Izzi’s death.

In a parallel manner, Dr. Strange realizes that he will not be able to heal his hands physically, but his journey opens up his mental and emotional powers. Whereas in The Fountain, Tommy loses his love interest, Dr. Strange manages to get her back. As doctors, both Tommy and Stephen Strange learn that not everything has a cure. As humans, they learn that it’s better to make the most of the time we have. 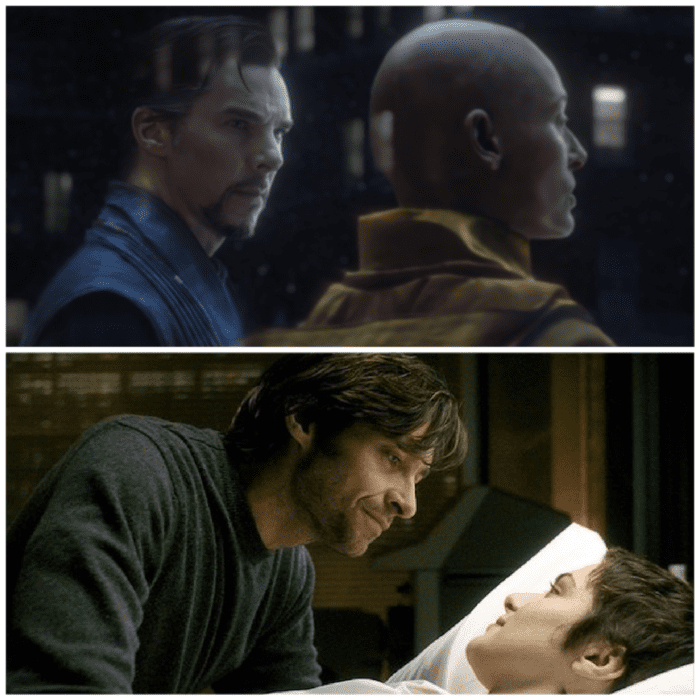 Another, more visual connection between the two films is their stunning art styles. On the one hand, Dr Strange pays homage to the colourful, illusionary comic panels by Steve Ditko. Vivid, neon colours often dominate the screen, illuminated against a dark backdrop which creates an intriguingly baroque effect. Optical art was also a major source of inspiration for Derrickson, highlighting the works of Surrealist artists, German Expressionism, and the renowned, trippy imaginings of M.C. Escher.

Aronofsky also combines baroque chiaroscuro with 20th-century colour theory. While Tom transitions in each scene from dark backdrop to light, Izzi is always illuminated. Although the colour palette in The Fountain is more nuanced than in Dr. Strange, each shade has its significance according to Aronofsky. For example, gold represents hollow, materialistic beauty, white is mortality and truthfulness and red is associated with Life and Death. Moreover, Derrickson and Aronofsky embraced the scientific careers of their protagonists, with Derrickson looking at scientific photography and Aronofsky preferring to use microphotography rather than CGI to capture the stars.

Dr. Strange and The Fountain are cinematic “memento moris”. Seeing them in conjunction is an unforgettable philosophical and spiritual experience. It’s movies like these that can help us shift our perspective towards what is truly important and face our innermost fears. It takes bravery to address these themes in a feature film, and I believe Derrickson and Aronofsky show us in a very moving way that “Dying is a wild night and a new road”, to quote Emily Dickinson once more.