Zero Dark Thirty, directed by Kathryn Bigelow, is a cinematic depiction of Osama Bin Laden’s demise. It takes us on a journey through the secret CIA missions which contributed to the finding of the terrorist, and then ultimately his death. The film won several awards in the year after its release and has become a staple in the military/action genre. Its real-life basis might explain some of this success, but the film was also crucial for shedding more light on the impact of women in the military and related circles.

Bigelow has created a career for herself where she is known, after the 2010 success of The Hurt Locker, for movies of this genre. The Hurt Locker won Academy Awards in 2010 for Best Picture and Best Director, as well as a BAFTA for Best Film, and other assorted awards. Additionally, although Bigelow did not acknowledge this much, she was the first female winner of the Oscars’ Best Director award. Feminist politics is not something Bigelow is strongly associated with, nor is it something she publicly comments on. However, her historical win helped to shape Hollywood, with this legacy already sealed despite her continuing successful career. In addition to being the first female director to receive the award, for her to win for a largely male-dominated subject matter made this a more momentous achievement. Bigelow is excellently paving the way for female directors, whether she acknowledges this publicly or not.

So, as we can see, Bigelow’s success in the militant genre was already shaping when she took on the Zero Dark Thirty project. After its raging success (which, due to the subject matter, was sure to be expected) many journalists and fans were keen to learn more about why she picked the film, and why her direction was so focused on portraying the movie in such an action-packed, dark way. This article focuses on exploring the aspects Bigelow brought to the on-screen portrayal of real events, what we can learn about female perspectives in the military from this film, and what controversies it faced.

Zero Dark Thirty was very successful, grossing $132,820,716 worldwide in the years after its release. The film won the 2013 Academy Awards for Best Actress and Sound Editing, and took awards at several other ceremonies, mainly individually won by Bigelow for her directing skill. In 2015, Bigelow described the film as “10 years compressed into 2 ½ hours”. This statement in itself reminds us that the film doesn’t seek to shy away from the reality or significance of its story, and instead seeks to tell us that story. The title, Zero Dark Thirty, refers to the time after midnight in a military operation, which Bigelow liked due to the darkness and secrecy reflected in it. These connotations likely helped the mood on set. The film plays heavily on these themes, which Bigelow says “soaked the decade-long mission”. We see throughout the film that the focus is on darkness, and the colours in many scenes are earthy and dark. This predominant theme reassures us constantly that this is indeed a serious and dark tale. 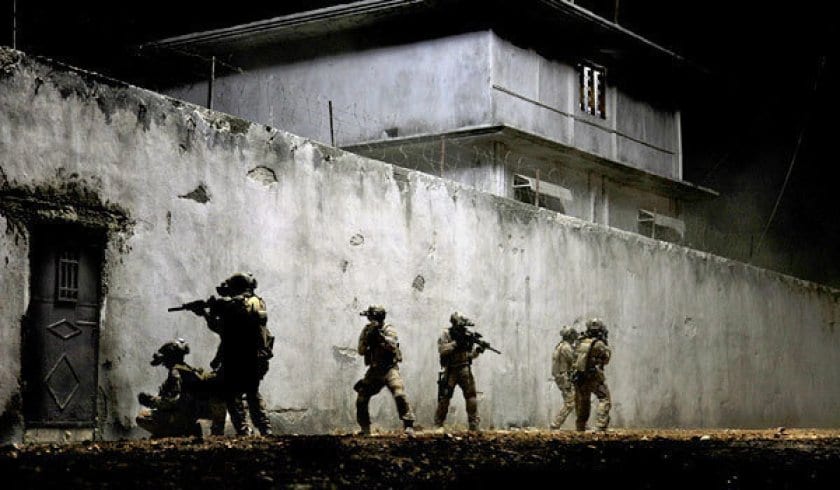 However, following the CIA operatives tasked with finding and killing the terrorist leader in a fictionalised manner led to some controversies. Zero Dark Thirty is suspenseful and dark throughout, but in places is criticised for taking this too far. We see on-screen unflinching depictions of torture. While it is important not to shy away from the realities of missions such as this one, some critics claim that one scene, in particular, doesn’t do enough to condemn torture—rather that it is used to make the military operatives look strong. The scene in question shows us a man being waterboarded as part of an ‘advanced interrogation technique’. While not uncommon in films of this genre, due to the part-biographical nature of Zero Dark Thirty, it is more disturbing here than in purely fictional stories. While we do not know precisely how much of the story has been fictionalised for this adaption can lead to problems with misinformation. Although of course it is not meant to be taken at face value, the main critique in the discussion surrounding the film’s use of violence is that gives the impression torture was a leading source of intelligence. When it is not currently possible to ascertain whether there is any truth to this, the film has faced controversy over this ‘glamourisation’ of torture. 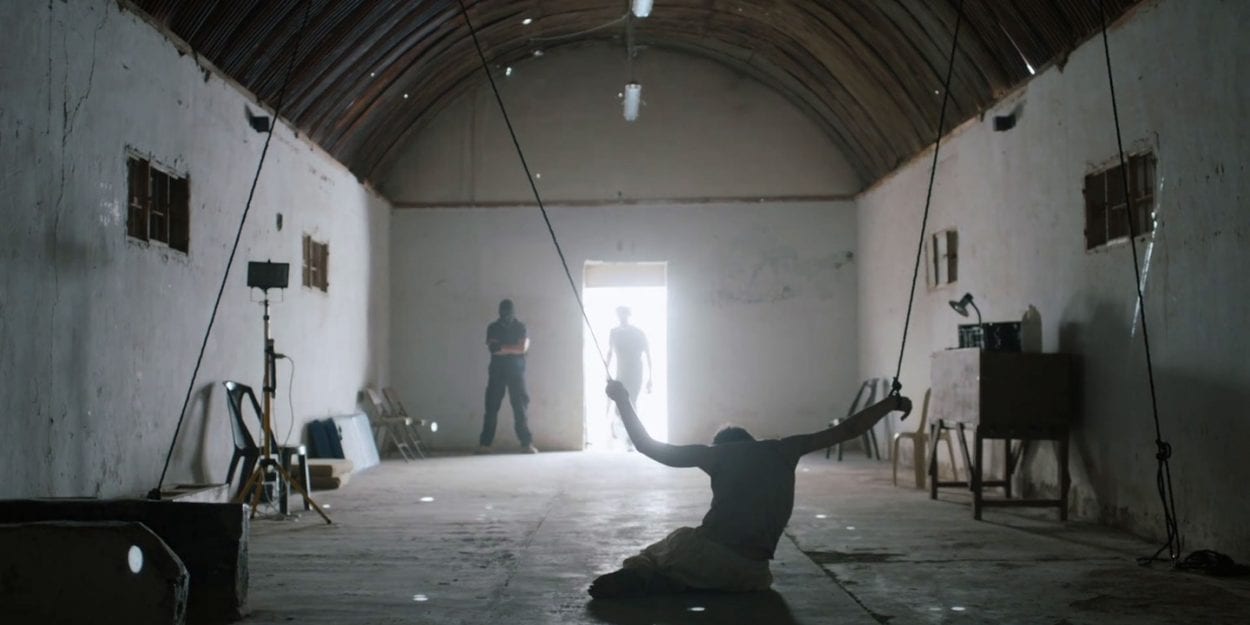 Many news outlets picked up on the waterboarding scene specifically, with some recognising that torture of this nature is prohibited under international law. Two separate articles from The Guardian claim that the film endorses torture and that portraying the American military in this way confuses legitimate power with the abuse of power. Upon more in-depth research, it is also important to note that whether or not the use of torture gained vital information is still classified data. Some US senators were outraged by the assumption, and, although we do not know how useful ‘enhanced interrogation’ might have been during this mission, including it in the film was a deliberate writing choice, and perhaps not the most responsible one. That is not to say that the US military did not use torture as part of this case—they almost certainly did—but to imply that it is was a successful method of gaining information creates a potentially very harmful assumption. Bigelow is quoted as saying that “depiction is not an endorsement”, but we all know the damaging effects on-screen depictions can have.

Another critique of the film is the lack of informative detail. If you didn’t know this was a true story, you might be surprised to learn that it is. Some scenes seem over-dramatised, and near the end, we see civilian deaths treated as disposable. In reality, we would hope these deaths would take a considerably larger toll on our operatives, and we would see more realistic frustrations regarding the clues leading up to the capture of the main perpetrator. Although including more realistic transitions from clues to the solution might dampen the high-intensity atmosphere of the film, it would allow a more profound feeling of authenticity. 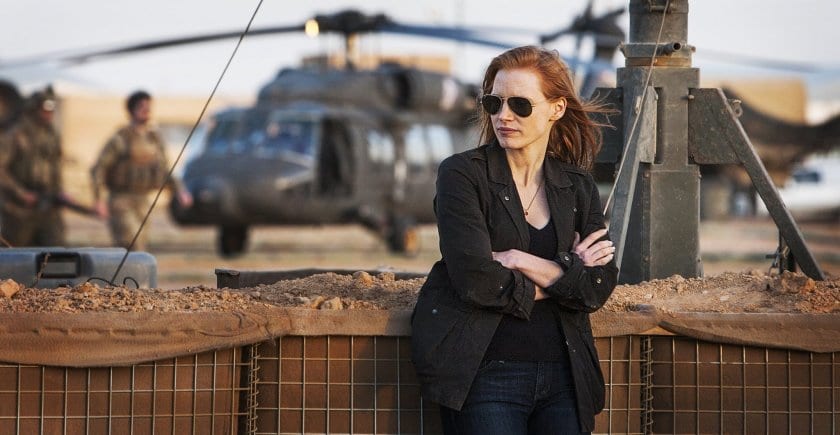 When we meet the main character, Maya (Jessica Chastain), she is a CIA intelligence officer. We follow her through her perspective during the location and capture of Osama Bin Laden, a real-life event that we know captivated much of the world. While the politics of the assassination are complex and in places difficult to navigate, through the character of Maya, it becomes perfect for screen adaption. Bigelow has spoken out about Zero Dark Thirty many times since its release. In a CNN interview of 2012, she expressed her desire to use the film to explain what happened in the lead up to the assassination. And although there are, of course, many fictionalised elements to Bigelow’s version of the story, we can tell in many parts that we are intended to feel an aspect of realism. For me, this was particularly true in the final half-hour of the film. As things slow from a chaotic action thriller into a suspenseful, almost real-time climax, it is possible to feel like you are yourself somehow absorbed in the world of Zero Dark Thirty. The writing and directing have been done in such a way that you can easily feel at one with the world you are watching.

The film script itself was written by Mark Boal, who used to be a journalist. Boal also wrote and produced The Hurt Locker so, like Bigelow, was able to bring his experience and knowledge of the subject matter to the table. Working together again, Bigelow and Boal have created another masterpiece. There are some similarities between the two films—their lack of misogyny, powerful militaristic imagery, and coherent structure. And they both have a different feel to other movies of the genre.

Military centered movies have a tendency towards sexism, although some would argue this is a representation of the reality that women face in these industries. While this defence is valid, and it is important not to shy away from the sexism that remains in the industry, it is also vital to display that this doesn’t have to be the case. In many films of this nature, there are objectifying displays of women’s roles. We see women shown as sex objects (Full Metal Jacket, Apocalypse Now), women as damsels in distress (Fury, Tears of the Sun). A Few Good Men is one of the only such films to call out such sexism, and, alongside The Hurt Locker is one in a minority of others to feature a female lead. Both in military reality and depictions of military reality, the world is dominated by male voices and male characters. Even as recently as 2014, in the UK the top ten military novels were all written by men. We already know that Bigelow was the first woman to receive an Oscar award for Best Director, regardless of genre, and it is nice to see a woman in charge of telling such an important story. 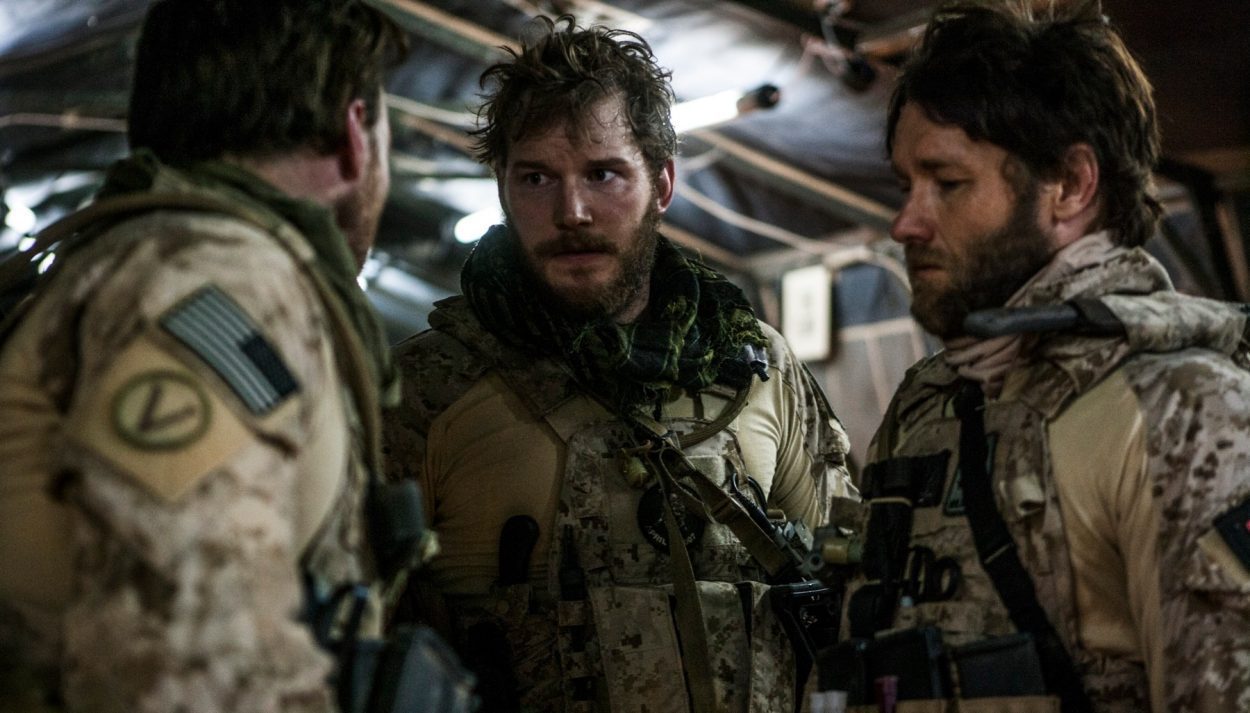 As I said earlier, the lead character in Zero Dark Thirty is a female CIA agent, Maya. Although the majority of the supporting characters are male, she helps us see through the eyes of a new perspective. One that despite playing into some stereotypes, does appear softer and more compassionate than the other characters. In reality, of course, the mission was not led by just one person, but by a team. Basing the film quite tightly around real events, but giving the lead to a female was a deliberate editorial choice. We do not know in reality if this mission was led by a female agent or a male one, but Zero Dark Thirty does not follow the assumption that the leader would have been a man. Of course, Bigelow did not write the script herself, but the combination of a female director and a female lead in a film like this creates a new type of inspiration. Telling the stories of military operations is no longer the male-dominated sphere that it used to be.

Straying from the reality of the narrative to focus on the film now, Maya is given the task of locating al-Qaeda’s leader. She is shown to be a strong, resilient, and resourceful agent, and her contribution makes the capture what it is. It would not have been the success it was without her. Seeing a woman in this role is inspiring to those who wish to be in jobs such as Maya’s, but believe those roles are not for them. Maya teaches us, very subtly, that women are just as capable of being successful in the military, and that women can aspire to the same roles as men do. 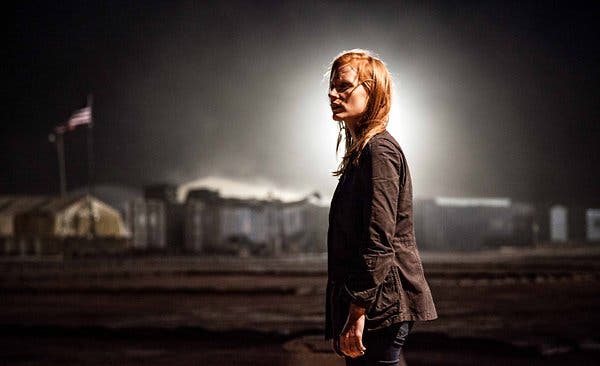 Overall, Zero Dark Thirty does not deviate too much from the status quo of military-focused films. We still have strong, ‘attractive’ men committing violence in the name of ‘saving the day’; we still see over-dramatisation for cinematic effect—yet there is something different about Zero Dark Thirty. Between the strong female lead and Bigelow’s exceptional direction, Zero Dark Thirty gives us a turning point. It provides a reference for a time that men no longer dominate this genre; it begins a new type of inclusivity for the women in these roles who feel under or misrepresented. After watching the movie, it is possible to feel that the roles in today’s world are not as fixed as they once were, and that cinema can be a place for everybody.

Politics graduate based in the UK. I'm passionate about writing so I can usually be found buried in ink and paper. Proud writer for 25YL!