How do we live, and why? Certain words take on incredible depth when they are strung together. Those same words have been the focus of Michael Haneke’s career since his debut film and continued through his 1994 film, 71 Fragments of a Chronology of Chance.

71 Fragments of a Chronology of Chance is another profoundly probing look from Michael Haneke, exploring the disconnection between individuals, the passage of time, and how we engage with violence. Never one to shy away from weighty issues, Haneke grapples with what it means to be human in a unique way that few other working auteurs can manage. In 71 Fragments of a Chronology of Chance, Haneke powerfully juxtaposes the everyday images of people living the particular life they lead, eventually revealing the lack of control we have in life. We spend the majority of our time completing pre-planned exercises, going to appointments and racing to work, for example. We’re always planning our next step, typically unaware of how much a circumstance of chance can completely shatter the image of our controlled existences. 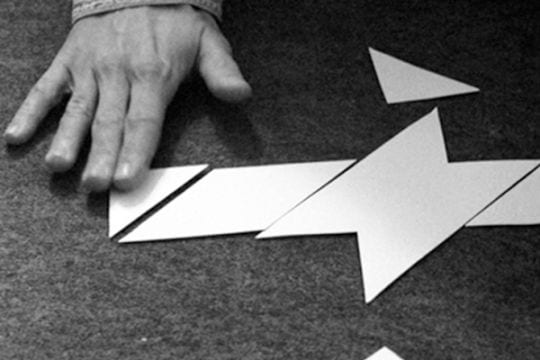 At several points during 71 Fragments of a Chronology of Chance, Michael Haneke tests the patience of the audience. The narrative itself is a juxtaposition of several seemingly unrelated individuals going about their day. The simplicity Haneke achieves with these images is akin to his work in The Seventh Continent. The two films share a focus on the everyday happenings in one’s life. Where 71 Fragments of a Chronology of Chance shines is by Haneke expertly showing us that it is not the actual tasks we are performing that matter, but rather the instances of chance that happen while we are performing those tasks. For example, Haneke spends a few moments on an average day in the life of a woman who works at a bank. We then see her begrudgingly interact with a customer, doing everything in her power to attend to quickly and move him along his way. Haneke then brings to light a heartbreaking revelation that the customer the woman is assisting is her father. An outsider far enough away from the conversation would never know that the two were related, and that is exactly how the bank wants it. This simple moment of chance is far more important to the two human lives than the act of this woman doing her job.

This instance is a moment to which nearly everyone can relate. A relative comes to your place of employment and, due to the expectation of a mechanized commitment to one’s job, you are to act as though you don’t know who they are. As if nothing sets your loved one apart from the dozens of other customers you will interact with throughout the day, even if the person standing before you is responsible for your existence. The shattering blow we see the father experience while being brushed aside by his daughter is heartbreaking, especially since Haneke’s exposing the personal resonance many can relate to through this scene. This speaks to an age-old Marxist critique of capitalism. The worker is expected to assume a near robotic existence; the employer isn’t concerned with family or individuality, just that one works while the employee’s time is being sold for a wage. Haneke’s statement through this scene calls attention to that expectation of human disconnection, and the suggestion that such a mindset is required to be a successful employee. Imagine though, how much different the world would be if we responded with approval while witnessing an employee take a moment to recognize a family member’s presence, instead of reacting with disgust that such an exchange may delay our own lives. The world would be a vastly different place if the expectation were toward human connection than to shy away from it. 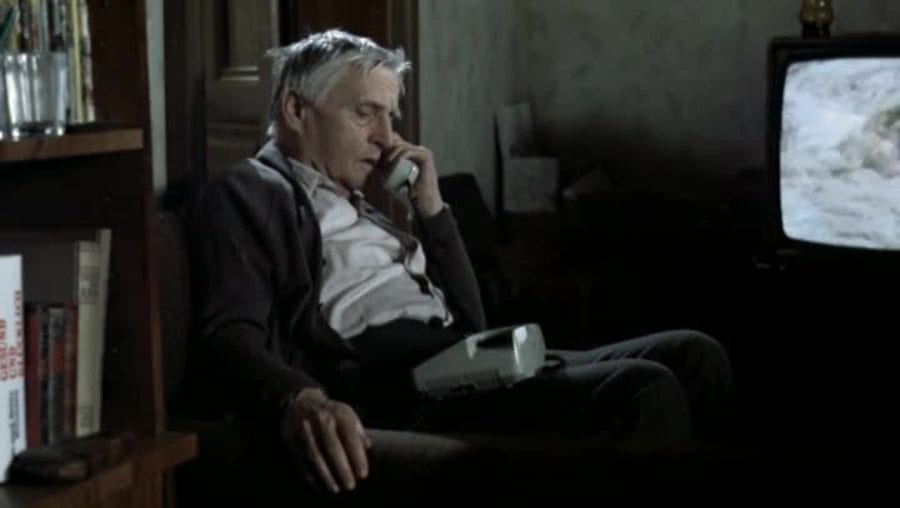 What comes to life through 71 Fragments of a Chronology of Chance, is how we interact with time and our perception of time’s passage. Often, human beings fail to think critically about our existence, expecting an endless supply of tomorrows. We concern ourselves with the daily hustle and bustle and menial tasks, shielding ourselves from concern for whatever lies beyond our separate daily lives. Time is always moving, but our perception of that movement is wildly different based on our position within time’s framework. Many years ago, I watched an episode of Growing Pains wherein the oldest son stayed home from school and was astonished to realize that television programs still aired whether he was home to see them or not. This is, of course, a juvenile example of what Haneke was fleshing out in 71 Fragments of a Chronology of Chance; nonetheless, it begs consideration because it is an instance in which we have all found ourselves.

Haneke leaves no choice in his films but to bring about self-examination of the audience based on what they see on-screen. Just like time seems to fly when you have a dentist appointment after work, it seems to crawl when you have a party to attend at the same time. Time is, of course, moving at the same speed from one day to the next depending on our position; however, the pace feels very different. Haneke illustrates this by showing a young homeless boy who thrives on the daily interactions he has with a boy when he arrives home from school. The boy, who has a loving family, a school he attends, and chores he is responsible for could not comprehend the life of the boy with whom he exchanges smiles—the boy who spends a majority of his days mapping out where he can steal enough food so that he doesn’t starve. Despite their vast differences, their interactions mean little to one of them, and everything to the other.

The difference in that impact means that the perception of time between their meetings looks rather different for each boy. While the homeless boy feeds off of that one guaranteed social interaction a day, time seems to slow down in the hours preceding the exchange. For the other boy, waving or saying “hi” is simply something he does on his way into the house after school because it doesn’t mean as much to him, as time seems to fly by for him in between their visits. Haneke expertly weaves a tapestry of seemingly unrelated events, again begging for audience self-examination. The juxtaposition in the above example is a powerful one as well. The audience sees two boys, nearly the same age, who couldn’t lead two lives that were any more different from the other. The rosy well-fed boy that comes from a loving family—each day with different clothes on and a perpetual grin lighting up his face—is in stark contrast to the pale, thin, meek homeless boy who has no-one in his life to love him or care for him. Haneke is hitting a different nerve with these images, demanding us to think about the way we engage with the reality of an issue such as homeless youth, and whether or not our moral compass is ill-equipped in directing us in such matters. This shows Haneke’s return to a question he has considered throughout his entire career: “How can we live right in an unjust world?”

Similar to Benny’s Video, Michael Haneke is considering violence and how society reacts to violence in 71 Fragments of a Chronology of Chance. Just as in Haneke’s other films, the human beings seen in 71 Fragments of a Chronology of Chance have been so desensitized to grotesque, violent imagery that when death appears on their television screens, they are unfazed. The news reports death from war or rebellion and people invite such images into their home and absorb them while eating dinner. Rather than taking a moment to commiserate over the deceased and their loved ones, society waits to see more death reported. Haneke exercises his brilliance, once again, by challenging the viewer to consider if we engage with violence in the same way as those we see on-screen. By executing these long, uninterrupted takes, Haneke invites his audience to put ourselves in the shoes of his characters, demanding the self-examination his films require. Haneke broadened the film in such an extraordinary way that he even begs the viewer to consider what we classify as violence. Of course, the shocking moments of an unhinged man raining gunfire on unsuspecting people is violent.

The obvious isn’t satisfactory for Haneke; he presses on: aren’t the events that led to the shooting massacre also violent? Far from excusing violence, Haneke implores us to think critically about the society we live in every day and question the possibility that we may be trapped in an often overlooked sphere of violence. Aren’t such conditions that render a child homeless, that looks longingly at a boy with a family, yearning for that kind of love and devotion violent? What is it about the economic system that keeps those that maintain it in a prison of their own work from questioning the structure of that very system? Just as in his debut film, The Seventh Continent, Haneke asks if the fragments of the lives that we endure are indeed gratifying and if the kind of life fulfills us that living for only fragments produces. Shining a light on these less obvious examples of violence, Michael Haneke illuminates the need for a profound revolution of thought, asking his audience to more actively consider our association with violence and our reaction to its effects. 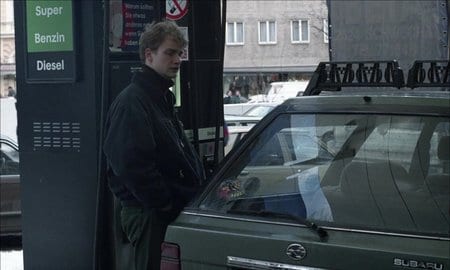 The word “chance” isn’t only in the title of Michael Haneke’s 1994 feature. For it is chance, rather than any intricate planned attempt to maintain control of their lives, that brought each customer to the bank at the exact moment a 19-year-old man decided to open fire with no discernable motive. He didn’t have specific targets, his violence was random but purposeful, and his victims were those who just happened to be in the bank at that very moment. Haneke has made this statement before, and he will make it in films that come later, but it never loses its punch—we don’t have any control over the fragments that result in our lives, and what we are left with is merely a chronology of chance.