Film projects can often enter development hell. Some are lucky enough to make it out, like 2004’s live-action adaptation of Thunderbirds, which had been in production since the early 1990s. Whether or not it should have materialised is up to the court of public opinion, with even the show’s original creators falling on opposite sides of the discussion. In an interview with the BBC, Gerry Anderson felt like it misunderstood what had made the initial show so great, whilst his ex-wife Sylvia, writing on her blog, felt it was a great tribute to the original creative team. The film is certainly a departure from the show which aired 32 episodes from 1964 to 1966, but that’s understandable for a 2004 remake.

Thunderbirds was designed to appeal to the American market, which the show had never managed to break into, despite several attempts. It went from a CG project to a live-action one and the scale of the story varied from a small family-driven piece to that of a major blockbuster—which Thunderbirds failed to achieve. Released to poor reviews, it placed outside the top ten for its opening weekend and was quickly pulled from release, grossing just $10m in the UK and $21m worldwide. In terms of content, what it landed on seemed to be a happy medium between all these choices, ending up as a film driven by family, foes, and feminism.

Set in the distant year of 2010 (according to trailers), Thunderbirds sees the majority of the Tracy family stranded aboard the space station Thunderbird 5 which has been attacked by the villainous Hood. With The Hood in charge of Tracy Island and all the vehicles it contains, it’s up to the youngest son Alan to save the day along with love interest Tintin and best friend Fermat. It is, undeniably, a massive departure from the source material, but the one aspect it nails is the familial love of the Tracy family.

The core relationship is between Alan and his father Jeff which perfectly demonstrates the struggles of parents and their children. Alan wants nothing more than to join his brothers on their missions and doesn’t value a basic education (or the very idea of school, which can be boring to be fair). It can be difficult feeling like everybody around you is accomplishing so much while you’re stuck in one place. It leads to frustration with himself, tension with his father, and eventually a small act of reckless rebellion. Alan can be whiny, but what teenager who feels trapped wouldn’t be?

The other side of this is Jeff Tracy who is stern but full of warmth and a certain amount of parental anxiety. It can be difficult to find the balance but the late, great Bill Paxton feels comfortable in this role. One minute he’s telling Alan off for being reckless and the next he’s filled with regret at having raised his voice. The absence of Mrs. Tracy (carried over from the original show) instantly makes him easy to sympathise with because being a parent is difficult enough without having to do it on your own.

The other piece of sublime casting is Sir Ben Kingsley as The Hood. In the show, he was more of a background villain whose identity was only revealed to International Rescue on a handful of occasions. His goal was to expose their existence to the world and sell their secrets in the process. Here, they are a less secretive organisation, whose acts of heroism are wildly broadcast by the news, so The Hoods plan is to steal their machines to rob banks…destroying their reputation and getting rich at the same time. The tension is higher than ever with The Hood being a survivor of the very incident that led to Mrs. Tracy’s death, adding an extra emotional resonance between the characters, and Kingsley sells it perfectly. He is a menacing threat but he’s oddly charming and calm. He even has henchpeople this time around, instead of having to carry out his schemes himself. 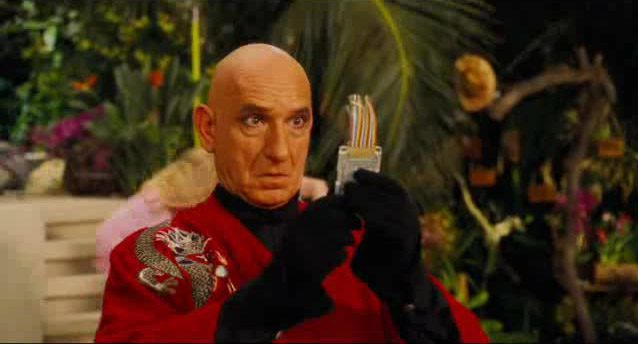 The most notable aspect of Thunderbirds is how much it feels like an early-2000s production. There is a bizarre amount of romance between characters starting with Lady Penelope and Jeff Tracy. They seem to have an unspoken history that says “it can’t ever happen but these feelings are still there”. Then there’s The Hoods henchwoman Transom who is overtly attracted to the Tracys’ scientist Brains. It leads to an odd power dynamic, with the captor being in love with the captive, which ultimately feels a little uncomfortable. Finally there’s the flirting between Alan and Tintin, which is based on their feelings for each other from the original show. It’s the most prominent pairing but, considering they’re teenagers, it feels the least egregious. However, the team should be given praise for not using Fermat to create a love triangle, which was an over-used trope even by 2004 standards. 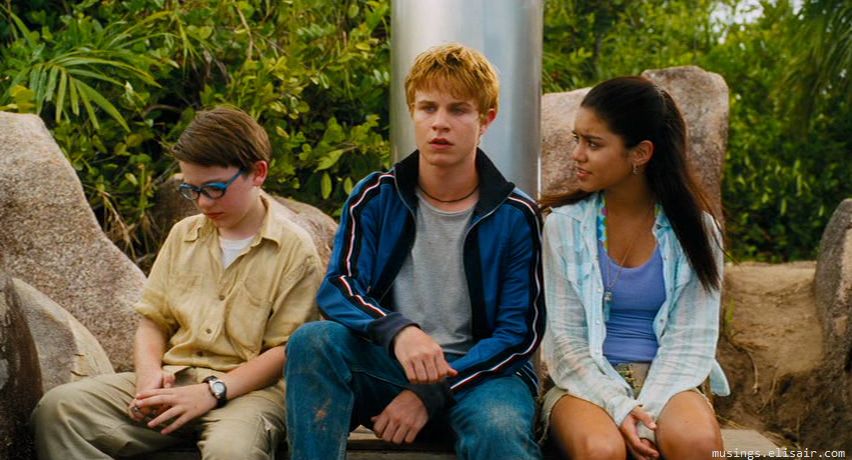 The biggest addition is the feminism, or at least the attempt at feminism. The only women in the show were Lady Penelope, Tintin and Grandma Tracy who were kind of cool, an Eastern stereotype and a motherly stand-in respectively. However, this was the 21st century, so having female characters hanging around in the background wasn’t enough. Both Lady P and Tintin get to kick their fair share of butt this time around, with some spectacular acrobatics. However they still get captured with shocking ease and Penelope only ever gets to properly fight with Transom, who isn’t exactly brilliant either. Transom’s interest in Brains is treated as some sort of joke, built on the assumption that she isn’t conventionally attractive, which leaves a bit of a sour taste on the whole “feminism” vibe. Poor Grandma Tracy is completely erased from the narrative, presumably because there’s no room for a kind elderly lady in an action film. Which is odd, considering she delivers her fair share of punchy one liners that are just as powerful as any punch thrown by other characters. 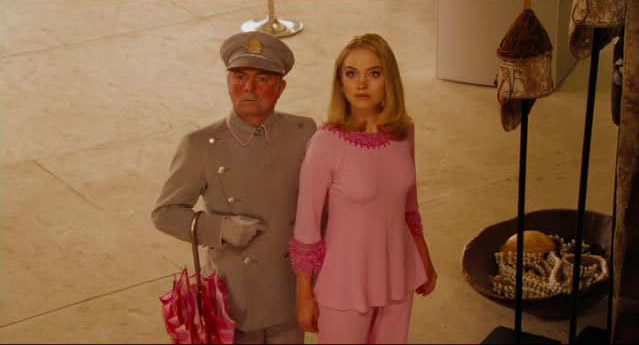 As an adaptation of an already existing IP, it’s difficult not to compare it to the original. Being a live-action, early 2000s blockbuster sets it apart from the 1960s, supermarionation show. Both these versions of the property existed at different times, for different purposes meaning that they end up having different vibes. The original show was slower in comparison, after all there’s only so much that can be done with puppets, but it’s still as action-driven as it can be. Core components of the show, and references to it are still present in the film, such as their affirming catchphrase “FAB” and hoverscooters, but there’s nothing here that necessitates the film being a Thunderbirds movie. Their magnificent machines could be any machines and International Rescue could be any rescue organisation.

It’s not difficult to see why Gerry Anderson disliked the movie, as it seems to bear only a physical resemblance to the show he created. But it’s also not difficult to see why Sylvia Anderson liked it. As modern adaptations go, it does a decent job of upping the action and focusing on the characters. It feels like it was made in the early 2000s but the original show feels like it was made in the 1960s, so it isn’t inherently a bad thing. It can be a little slow, clunky and there is more whisky than would ever be allowed on children’s television now. 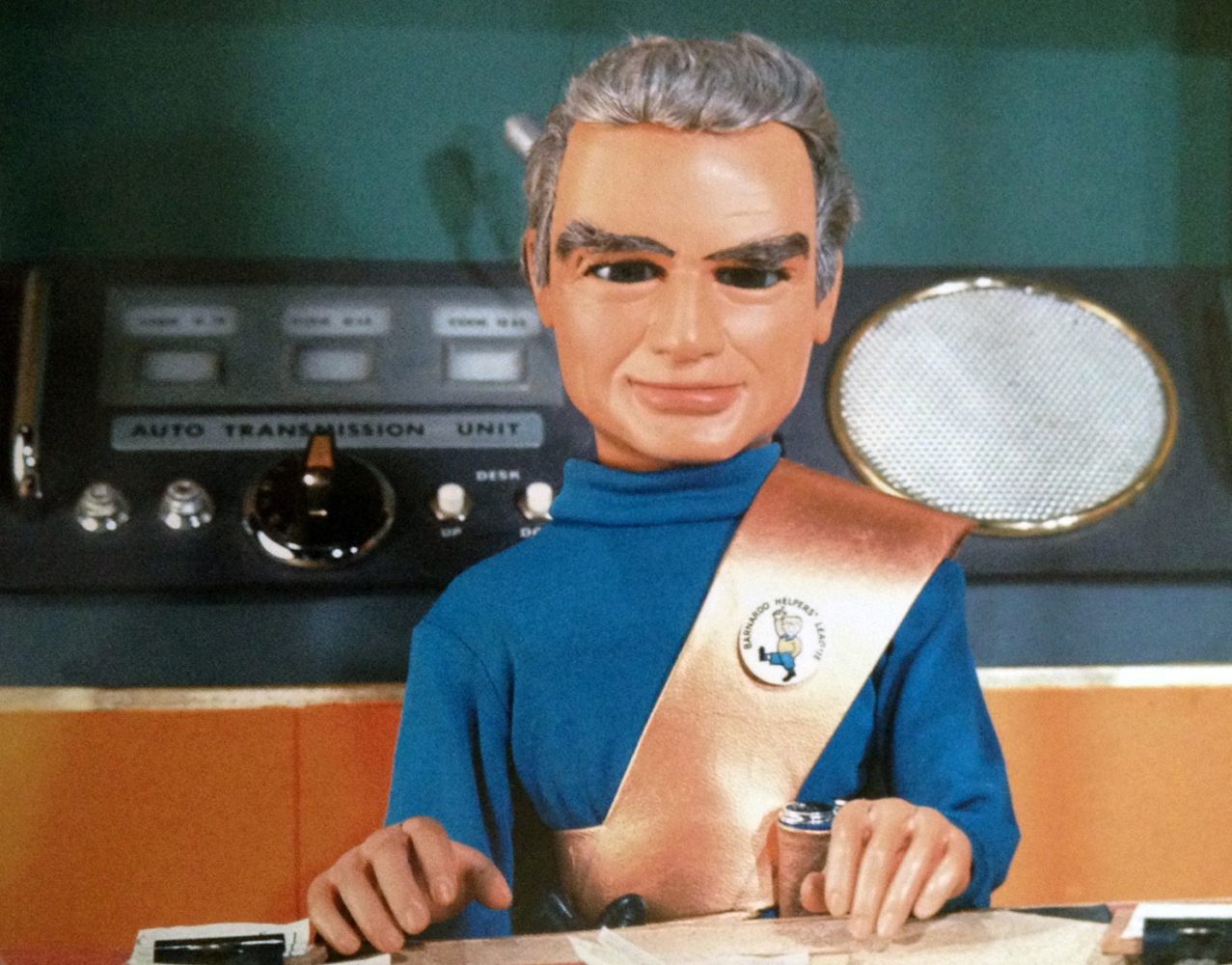 The cap on this 2000s iteration is the score. The original 1960s score by Barry Gray is as iconic as the show itself. It has a militaristic feel, particularly the main theme, but also has some quieter moments. The 2004 score composed by Hans Zimmer and Ramin Djawadi borrows a lot of elements from that score whilst also being largely its own thing. The defining moment of the score it the main Thunderbirds theme performed by boyband Busted—one of the biggest bands in the world at the time. The song was crafted specifically for this film, incorporating elements from the original theme although it doesn’t say much. It’s mainly about how reliable International Rescue are and that they’ll always catch the villain, but it rose above the film. It featured with another busted song 3AM, on the final album before their disbandment, which reached Number 1 on the UK Billboard and won Record of the Year in 2004, becoming the 19th best-selling album of that year.

Thunderbirds is an odd moment in this franchise’s long and continuing legacy. There are countless TV shows, audioplays, and books but this remains their only live-action film. Considering how relentlessly sexual and dated it is, there are some who would consider this a blessing. However, for those who are interested, it’s a heck an experience.