Welcome to my column dedicated to the appreciation of physical media supplements called: Feature Presentations. The goal of this column is not to say whether a film is good or bad and worth picking up or not—I would like to highlight the discs that go the extra mile and provide film fans with enough tasty tidbits to satisfy even the hungriest of cinephiles. With all that out of the way, today’s article will focus on Flesh and Bone from the After Dark Neo-Noir Cinema box set from Imprint Films. My review of Flesh and Bone is part two of my series chronicling each film within the box set.

Film noir is a funny thing. Some might assume that film noirs are in a shady city, covered in rain and darkness, where the shadows rule all. While the mood and locales work well, under those circumstances, they also do wonders under a sun-kissed Texas landscape, which is where today’s excursion into the seedy underbelly of crime and evil lies. Let’s look at 1993’s Flesh and Bone.

In an almost about-face from the brash Mortal Thoughts, Flesh and Bone takes a lackadaisical approach to its storytelling. Dennis Quaid plays Arlis, a man with a simple and predictable life, after escaping from the shadow of his father, Roy, played by James Caan. After many years apart, father and son come back into each other’s lives for more than just a family get-together. I’m keeping the plot vague as there are twists and turns throughout the narrative I wouldn’t want spoiled.

I’m all for a film willing to take its time and let the characters and plot breathe, but the payoff should be worth the wait. Unfortunately, what Flesh and Bone aims for with its storytelling doesn’t justify the pacing. The film’s structure tells you from the beginning what the endpoint will be; you sit there and wonder if there’s going to be more, and there isn’t. I won’t say Flesh and Bone is a bad movie, but the plot is as straight, flat, and predictable as the Texas prairie.

As is expected, Imprint Films gave the physical media release Flesh and Bone plenty of love with the supplemental material.

The first feature is an audio commentary with writer/director Steve Kloves and Gillian Wallace Horvat. During the first few minutes, both members struggle to find momentum. After some time, Kloves and Horvat warm up and have a constructed and well-informed dialogue about Flesh and Bone. Kloves does well at detailing the production history, working with stars—who married in real life, and filmmaking techniques used to move the story along. Horvat is a solid addition by peppering Kloves with questions and opinions to keep the conversation moving.

Imprint Films also included a handful of interviews; the first, “A Tradition of Tragedies,” is a chat with editor Mia Goldman. Goldman traces her history of struggling to transition from working in New York City to Los Angeles, the difficulties of trying to get into the Guild, and her opinions on the film. Goldman speaks highly about everyone involved in the production and finding the right rhythm in how to cut the film. This interview is somewhat light on the technical expertise of editing as a form, but it’s intriguing to hear her thoughts on Flesh and Bone as a whole. 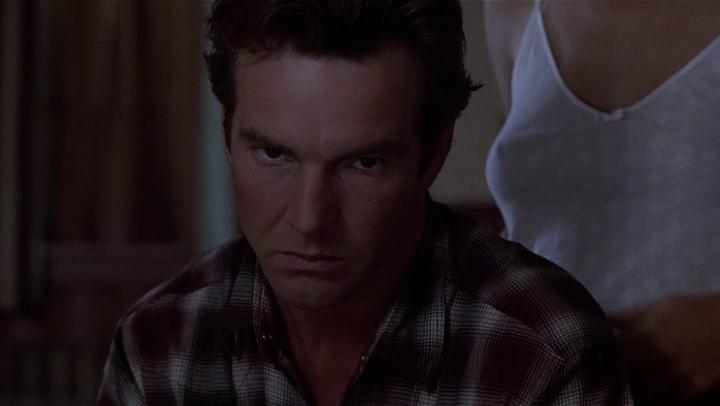 The second interview, “All About Place,” is a chat with production designer Jon Hutman. After briefly touching upon how he got into the business and how Jodie Foster helped him get started, Hutman spends most of his time talking about the challenges of filming in Texas. Listening to Hutman discuss the difficulties of planting wheat, dealing with snow, and working in locations in the middle of nowhere makes “All About Place” an interview worth checking out.

Paltrow‘s discussion is more pleasant as she talks about the film as a breakthrough for her personally. She then talks about how the character is much different from herself and dives into her famous family’s history.

Dennis Quaid headlines the last interview, sporting a look of Doc Holliday for the then-upcoming Wyatt Earp. Quaid talks about squashing his instincts as an extrovert to play the inverted main character and the themes running through Flesh and Bone. It’s striking to hear Quaid talk about bringing cribs to the set for his son Jack Quaid, who is now headlining film and television shows. Boy, how time flies!

None of the interviews offer much detail outside of a typical puff pieces, but the inclusion is welcome. As these interviews are the only time we hear from the cast, I appreciate that Imprint Films went out of their way and felt obliged to add them onto the disc, superfluous as they are.

Closing out the package for Flesh and Bone, Imprint Films included the original theatrical trailer. 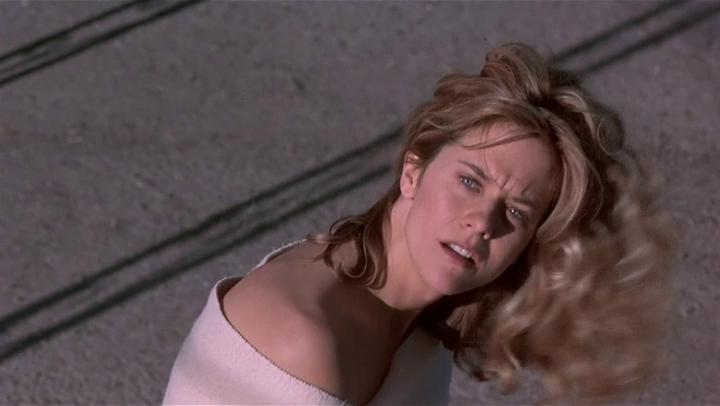 And there you have it! Not all noir films need a large city for a big mystery to play out. It’s not often you see a neo-noir western, and while the film didn’t hit it out of the park for me, there are still good elements within the film. Flesh and Bone makes good use of the Texas landscape, with some beautiful shots and good performances that make it a worthy entry into the neo-noir genre. Imprint Films does the film justice and gives Flesh and Bone just enough meat to chew on in the special features department, giving everyone the makings of a solid Blu-ray release.