Each month, dozens of new films are added to the Criterion Channel. While the rich selection of feature-length classic and independent films obviously gets a lot of well-deserved attention, I wanted to shine a little light on some of the short films. I believe that shorts should get a lot more attention than they typically do—they are breeding grounds of experimentation and non-traditional storytelling, and often are important outlets for marginalized voices.

August’s slate is a bit of a bounceback following two fairly sparse months. Criterion must have heard my pleas after only adding about a half-dozen films last month because this time there were 20 short films added. And it was a solid month all-around, even the ones that didn’t click with me had redeeming qualities. It was a hard month to whittle down the list, but I picked out a few favorites.

While this article is exclusively focusing on short films that are on Criterion Channel, I’m also keeping track of all of the short films I watch in monthly Letterboxd lists, whether on Criterion Channel or elsewhere. I’ve listed the streaming service that I watched them on, with the films that I talk about in this article marked in the notes with two asterisks. Feel free to follow me and the lists on Letterboxd and feel free to reach out to me on Twitter if you want to discuss any of the short films. Without further ado, let’s get into the films! 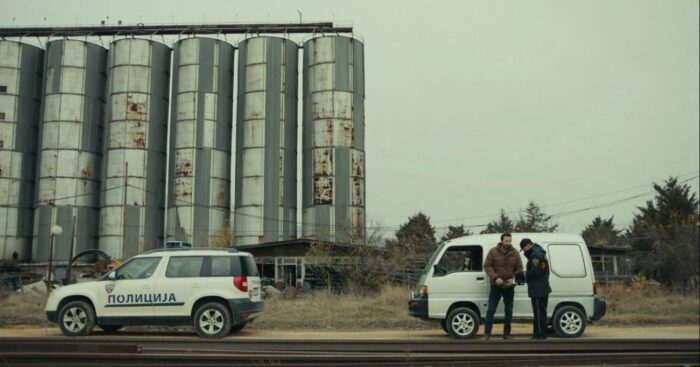 Sticker is a black comedy about bureaucracy, hypocrisy, corruption, and bad parenting. Dejan is a largely absent father who is trying to make up for lost time by attending a performance by his daughter and surprising her with a rocking horse as a gift. Before going to the performance, however, he runs an errand to renew his car registration. However, the entire city is out of registration stickers, which leads to Dejan having escalating encounters with the police that escalate out of control. Dejan struggles in his interactions with the bureaucracy at every step, first with the car registration, then with the police, then with the police again. The second encounter, ironically, unfolds very similarly to the first one, however, when the police officer solicits a bribe (which he wanted the first officer to do in an interaction that essentially ended with the police bribing Dejan with dropped charges to keep him from exposing misconduct), it sets off an incredible chain of events.

It’s worth wondering if the final moment makes everything worth it for Dejan. I think the short would like us to think so, although the interaction directly preceding it really highlights just how absent a father he has been. 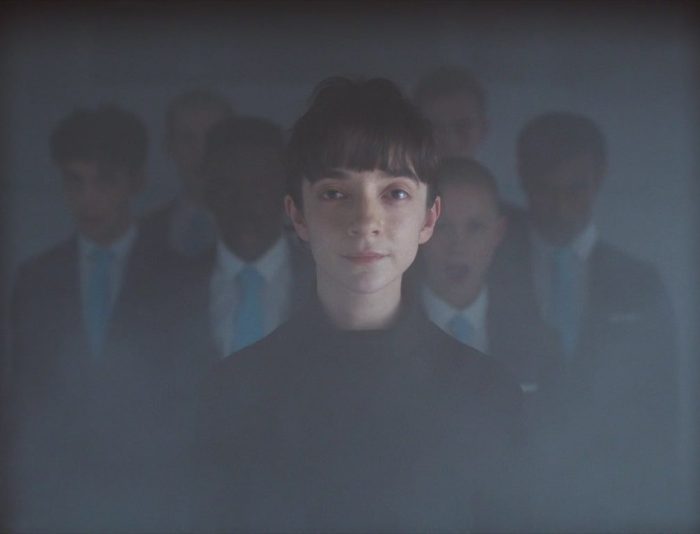 The second dark comedy of this month’s list is maybe best described as a slasher film where the weapon is singing. Kiera is the oft-bullied leader of a school a capella group at a school where the students are dropping like flies. They aren’t dying, per se, they’re just passed out but no one can wake them up. The choir, which gives off big “Delightful Children from Down the Lane” vibes, has been singing to the victims, causing them to pass out. However, Kiera’s ultimate plan for revenge is complicated when she starts to fall for a jock that likes her.

One of the main themes in the short films in this month’s installment of the Criterion Channel column is the critique of the hypocrisy of authority figures. We’ve already seen this theme play out in Sticker. In this case, the school administration is ineffectual and essentially complicit in Kiera’s bullying. The film is hilariously absurd at points—especially because the comatose students are just left on the ground where they fell. 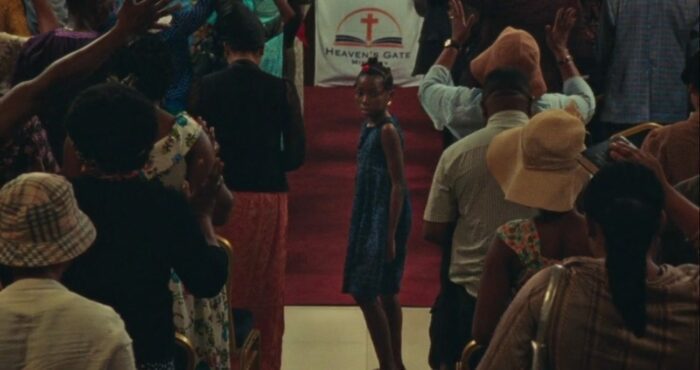 The theme of corruption and ineffectual leaders continues in Lizard. A cold open sets up the story, although it isn’t initially clear what the connection is until late into the short. In it, we see a man reciting the Lord’s Prayer, holding a baby, and then getting into a van with a group of other men. After the title card, we’re introduced to a young girl who is being disciplined by her teacher named Juwon. Juwon goes to a Christian school in Nigeria, and superstition is everywhere around her. The teacher attributes her supposed troublemaking to the Devil and forces her to wait outside of the classroom. While outside, she briefly follows a lizard, which eventually leads to her seeing women counting huge amounts of the church’s money and catching the pastor with a woman who is not his wife.

After listening to a sermon by another preacher, Juwon goes outside, where she sees a now giant lizard. She is pressured by the pastor to not tell what she saw, again using religion to force her obedience. In the end, the one person that doesn’t mistreat her isn’t any of the religious figures, but the person that actually had the power to do real harm to her. Lizard is at times surreal and ominous, and it’s also an indictment of those who would use religion as a tool for manipulation and greed.

Mizaru is the final short film added to Criterion Channel that demonstrates the penchant for people in power to abuse it. The film, which is shot with a single take and no cuts (which adds even more tension to an already palpably tense short film), follows a female college student named Payal and her boyfriend Tabrez. The couple goes to a park on Valentine’s day in an attempt to fool around a little bit. It’s admittedly a bad plan, and while it probably should be frowned on, it doesn’t warrant what follows.

The couple is stopped and detained by some older men who harass them. They laugh as they take pictures of Tabrez’s unzipped jeans, call Payal’s mother and force them to tell her what was going on, hit them, and force them to do something that vaguely resembles squats as physical punishment. They also pull in a second couple that was just minding their own business while walking down the path. The men are fully malicious throughout the abuse. Other park attendees are apathetic and reluctant to get involved. Eventually, the police are called over, and again prove to be ineffectual. A female officer pulls Payal aside, but instead of being understanding and trying to figure out what is actually going on, the officer shows classic signs of victim-blaming: questioning Payal’s tattoos, questions her age, and saying that she is bringing dishonor to her parents. They virtually ignore the men that escalated everything. I swear that I didn’t intentionally pick short films that showed the incompetence and corruption of authority, it was entirely accidental! 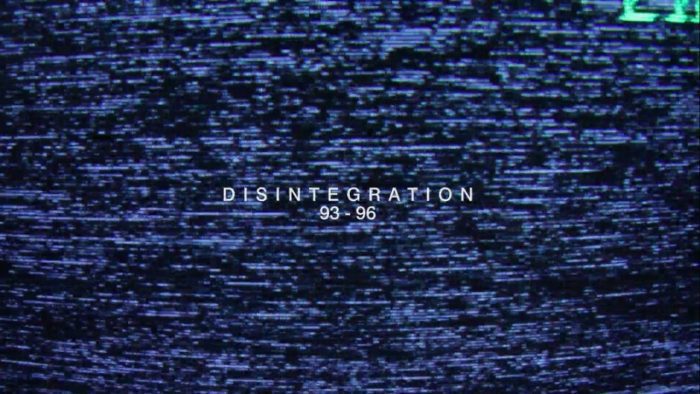 The only documentaries that I’m choosing to highlight this time (although there were plenty of good short documentary films added to Criterion Channel this month) complement each other very well. In Disintegration 93-96, Revereza reflects on his arrival in America over 20 years before, especially through his complicated relationship with his father. Revereza intersperses old home moves of his upbringing with contemporary footage. Conversely, Distancing documents Revereza as he prepares to return to the Philippines, where he hadn’t lived in all that time. As we learn in Disintegration, Revereza and his family were undocumented, having overstayed their visas.

Disintegration also deals with Revereza’s relationship with his father, although somewhat less explicitly. The dominant image of the film is an old man, whom we can only assume to be his father, lying in a bed while looking nearly catatonic. It ends with video of Revereza ripping DVDs to take back with him, overlaid with dialogue from the films dealing with displaced persons. Both films paint a complicated and powerful picture of immigration, family, and identity, and work together flawlessly as a unit.

This is just a taste of the newly added short films on Criterion Channel in August! What were some of your favorites? Was there a filmmaker whose filmography you’re excited to dive deeper into? Let me know in the comments or reach out to me on Twitter, and I’ll be back next month to look at some more Criterion Channel short films!