The 46th Annual Cleveland International Film Festival (CIFF) is running in-person at Playhouse Square from March 30 – April 9 and will offer streaming April 10 – 17. It’s a smaller festival, perhaps muted by the pandemic and at-home offerings, but there is still a genuine love and excitement for film coming from attendees and the ever-smiling volunteers.

This is my first experience attending CIFF, and I’ve noticed the same welcoming energy of TIFF, but on a much smaller scale. Most days, only twenty-four movies are shown. The venues are gorgeous theatres that are usually reserved for theatrical productions like musicals and plays. I’ve seen A Radiant Girl, Perfume de Gardenias, The Youth Governor, and Glob Lessons. I’ll be giving an overview of these films, as well as listing some upcoming movies to have on your radar.

The directing debut of French actor Sandrine Kiberlain, A Radiant Girl takes place in 1942. Its focus is small, centering on Irene (Rebecca Marder), a nineteen-year-old Jewish girl who is experiencing so many things for the first time. She’s falling in love, finding her passions, and on the edge of the beginning of her life. Of course, things begin to change around her, and the future she thought was big, bright, and beautiful is slowly collapsing. 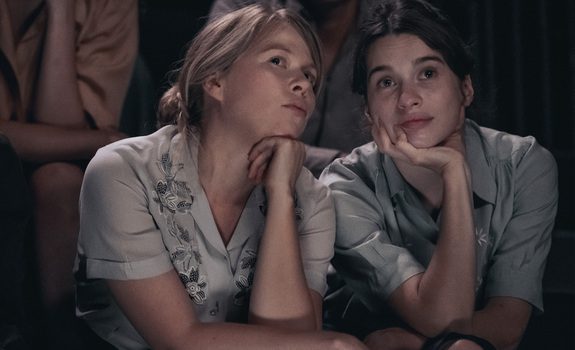 Through no fault of the film, I was briefly lost because there were issues with the subtitles. We lost a few scenes before the tech crew shut down the system to try to fix the problem. While the subtitles did work again, this unexpected stutter in the film’s flow took away some of the impact for the audience.

Marder plays Irene with the same wide-eyed excitement of Audrey Tautou from Amélie. Her performance is nothing short of captivating and nuanced. While some may say the ending is abrupt, the last moments are rightfully focused on Irene. A tight close-up shows how small Irene’s world has become. It’s a bleak, stark ending that manages to foreshadow the atrocities that are to come.

Written and directed by Macha Colón, Perfume de Gardenias is an “homage to older actresses.” Partially inspired by Colón’s own experience watching her mother care for Colón’s ailing father, the film is about an elderly woman named Isabel (Luz María Rondón), whose husband of 50+ years passes away. She puts together beautiful funeral decorations that catch the eye of the women of the church. They ask her if she would like to be in charge of decorating the church for all upcoming funerals. Isabel’s designs range from avant-garde to classic, but they ultimately showcase the life of the person who has died. 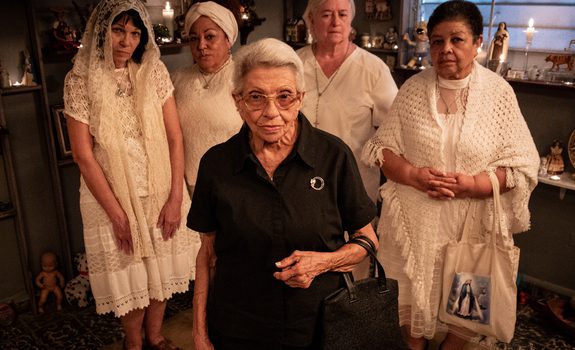 The film is described as a dark comedy, and when it fully leaned into that style of writing, it soared. Colón said in a Q&A after the film that she was inspired by her mother, who was always an avid member of the church, but who had to cut back her duties when her husband became ill. One day, Colón saw her mother excitedly talking to a neighbor about attending a wake for another neighbor. She was intrigued that this wake was such an important event to her mother and was inspired to create Perfume de Gardenias. Would these older women, so isolated and seeking companionship, be willing to murder to have something to look forward to?

While it may not fully work as a dark comedy, Perfume de Gardenias certainly is the homage to older actresses that Colón set out to create. It is rare that older women are the focus of a movie. Isabel is in her ’80s and leads the film. The women around her are younger (probably ’60s), but they are still much older than the usual leading ladies. It was exciting to see such well-written and interesting mature female characters.

At first glance, The Youth Governor immediately conjures up 2020’s Boys’ State. Both focus on the hypercompetitive world of youth government. As the name implies, Boys’ State only focused on the Texas American Legion Boys’ State summer program where participants create a representative government on their own. The Youth Governor follows the YMCA-backed Youth & Government program as 4,000+ high school students come together to vote for a new Youth Governor of California. 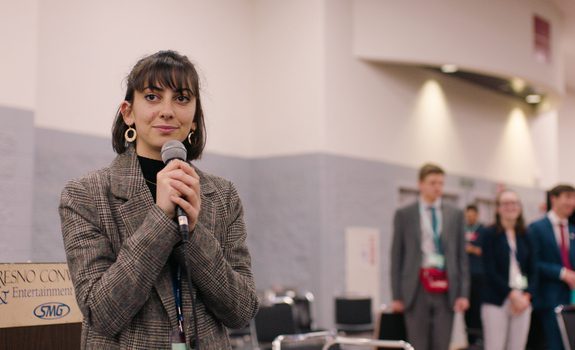 Of these 4,000+ students, there are six first-round candidates. The film follows these six kids as they form their teams, solidify their platforms, and begin the arduous task of campaigning. It’s hopeful to watch them take the program so seriously and engage in debates about important topics. The six candidates dwindle down to three, and then two for the last round of voting.

There are so many interesting ideas at play within The Youth Governor, but its 86-minute runtime doesn’t allow space for all the ideas to be fully examined. The movie has the burden of trying to introduce all the candidates, follow them as the slate is narrowed down, and address the controversies that arise during the campaigns. The sole black candidate had an old video resurface from his past and a faction of neo-nazis are discovered within the program, but there’s barely any time allotted to this. The Youth Governor should have been given the Cheer treatment, a full series that would allow for the kids and the totality of their campaign experiences to be explored.

In the great tradition of platonic romantic comedies comes Glob Lessons. Made with a crew of six people and shot in forty locations over the course of sixteen days, this is indie filmmaking at its finest. Alan (Colin Froeber) and Jesse (Nicole Rodenburg) are in a traveling children’s theatre troupe. They go to schools and libraries to perform classic tales that include Robin Hood and A Christmas Carol. Alan takes it all very seriously as he has dreams of being an actor, but Jesse is along for the ride without any acting aspirations. 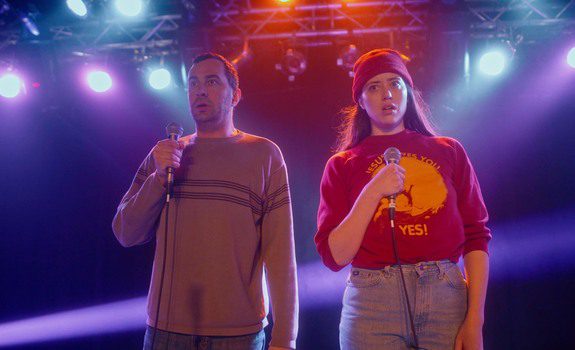 Glob Lessons is a classic road-trip movie that’s a love letter to the American midwest, and North Dakota specifically. It’s a reclamation of the road-trip flick by two people who aren’t usually the focus of this genre. Alan is a “mostly cloeseted” gay man and Jesse is a directionless, messy woman. Their banter is reminiscent of David and Alexis from Schitt’s Creek, and the bizarre twists and turns through Roadside America are a delight.

Froeber and Rodenburg are the beating hearts of the movie, wearing a multitude of different hats. They co-wrote, co-starred, and co-produced. Rodenburg also directed and edited the film. The movie oozes love, not only in the begrudging love that grows between Alan and Jesse, but in its sincerity and dedication. Without spoiling the context or sharing how they got to this moment, there’s a scene where Alan lip syncs “I’ll Be” by Edwin McCain. It’s the perfect summation of the movie. Unabashedly sincere, with a midwestern heart on its sleeve, Glob Lessons is a labor of love.

Upcoming Movies to Have on Your Radar 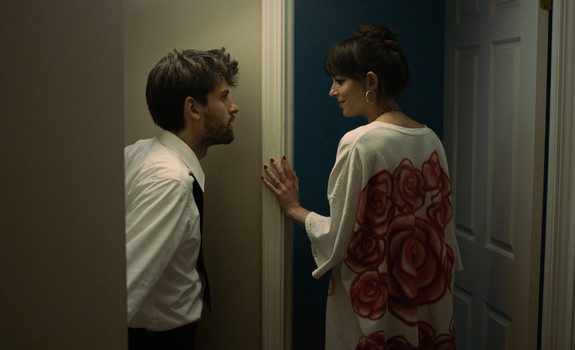 The festival runs through April 9 in person, and streaming will be available from April 10 – 17. I’m excited for Full Out: Inside Ohio Show Choir, which promises to be a documentary version of Glee. Cooper Raiff’s Sundance darling, Cha Cha Real Smooth, was a last-minute addition to Friday’s programming. I recently saw (and loved) Sh*thouse, so Cha Cha Real Smooth is a must-see for me. Tribeca’s hit, Poser, will screen on Friday and Saturday.

Check out the Cleveland International Film Festival site for more information about in-person and streaming tickets.

Movie and pop culture writer. Seen a lot of movies, got a lot of opinions. Let's get Amy Adams her Oscar.