Before meeting together in-person for the first time last summer, Will Johnson had never seen Ron Howard’s Backdraft. Chicago denizen Don Shanahan called the Windy City-set drama one of his all-time personal favorites. A fire was lit that needed to be battled and put out. That set off the perfect opportunity for a debate.

For their 59th episode, two manipulative film critics, hose-wielding dads, and ax-sharpening dads brought their oxygen and gasoline to the firefighter hero worship action-drama. HBO Max had the movie available for Will while Don Shanahan hit the national big screen with a Fathom Event celebrating its 30th anniversary last summer. Don gets all the big brother feels from it. Will, on the the other hand, thinks Ron Howard, as well as the movie, blows. Folks, this is a good tiff! Give it a listen. 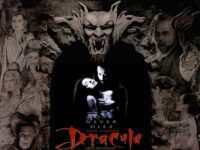