How does the Cinephile Hissy Fit podcast, sponsored and supported by the Ruminations Radio Network, calm down after a hot-tempered argument from a previous show? They bring the guest back and try again. For fans of the show, our 53rd episode covering Passengers was a rant for the ages featuring Aaron White, one of the hosts from the Feelin’ Film Podcast. After that verbal tussle, we had to bring him back and calm down our mutual universes.

For their 60th episode, two steadfast film critics, non-absentee dads, and astronomical school teachers Will Johnson and Don Shanahan welcomed back Aaron White from Feelin’ Film to stay in space, but in a solar system far closer to home and with way, way, way less pissing and moaning across the three opinions. This new show discusses the recent and ruminative Brad Pitt vehicle Ad Astra that creates a combined civility to appreciate quieter science fiction and father-son dynamics. 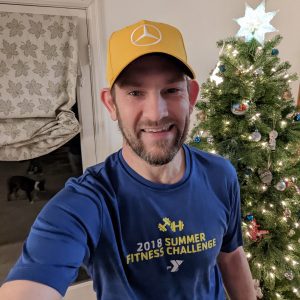 Aaron White is a longtime podcast listener whose passion is to discuss movies in a positive way was realized in the creation of Feelin’ Film alongside his childhood best friend, Patrick. With so much negativity in both film criticism and fandom, the collective dislike of a movie tends to ring louder than those praising it. His hope is that by shining a light on the emotional impact of all films discussed, Feelin’ Film can begin to shape the viewing habits of listeners and encourage them to focus on the best a movie has to offer instead of latching on to what they didn’t like.

He is currently an accredited film critic and member of the Seattle Film Critics Society living in Seattle, WA with his two children, three cats, and Boston Terrier puppy. Though the majority of his free time is invested in Feelin’ Film, he also enjoys watching sports, playing games, and hiking. He also thoroughly enjoys conversation about all of these things and is active on Twitter, Facebook, and Letterboxd. 🍌 Approved