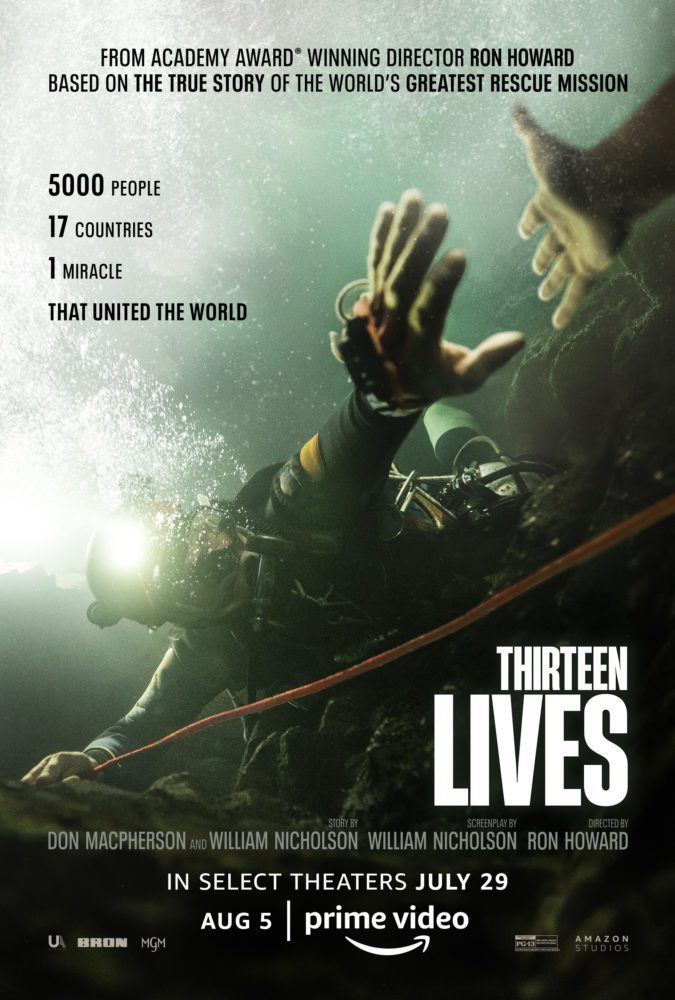 Every now and then, there’s a real-life calamity that grips the world. The 2018 Tham Luang cave rescue in Thailand was one of them for many people, and here comes Apollo 13’s Ron Howard to give that event cinematic celebration following the documentary success of The Rescue. Thirteen Lives premieres in theaters on July 29th before an worldwide Amazon Prime release on August 5th.

25YL was recently invited to a global press conference for the trailer’s release. The panel was split into four parts including discussions with Ron Howard, the cast, producers, and a final collection of all after the revealed trailer. Here’s the trailer and here are some of the panel takeaways.

The trailer jumps right in to the stormy weather and flood circumstances that brought about the unexpected flooding of the Tham Luang caves that trapped 12 youth athletes and their coach. Mortensen, Farrell, and Edgerton represent the diving specialists brought in to find the lost group and strategize their rescue. Through conveyed details and lines, the trailer presents a few details on the scope and possible pitfalls that beset this rescue mission. All the while, there are waiting crowds of volunteer locals, determined community leaders, and nerve-wracked family members gathering at the cave sight. Sure, we may know the overall ending, but we know little of the true risks that made it all successful. Thirteen Lives leaps into that tangible suspense. 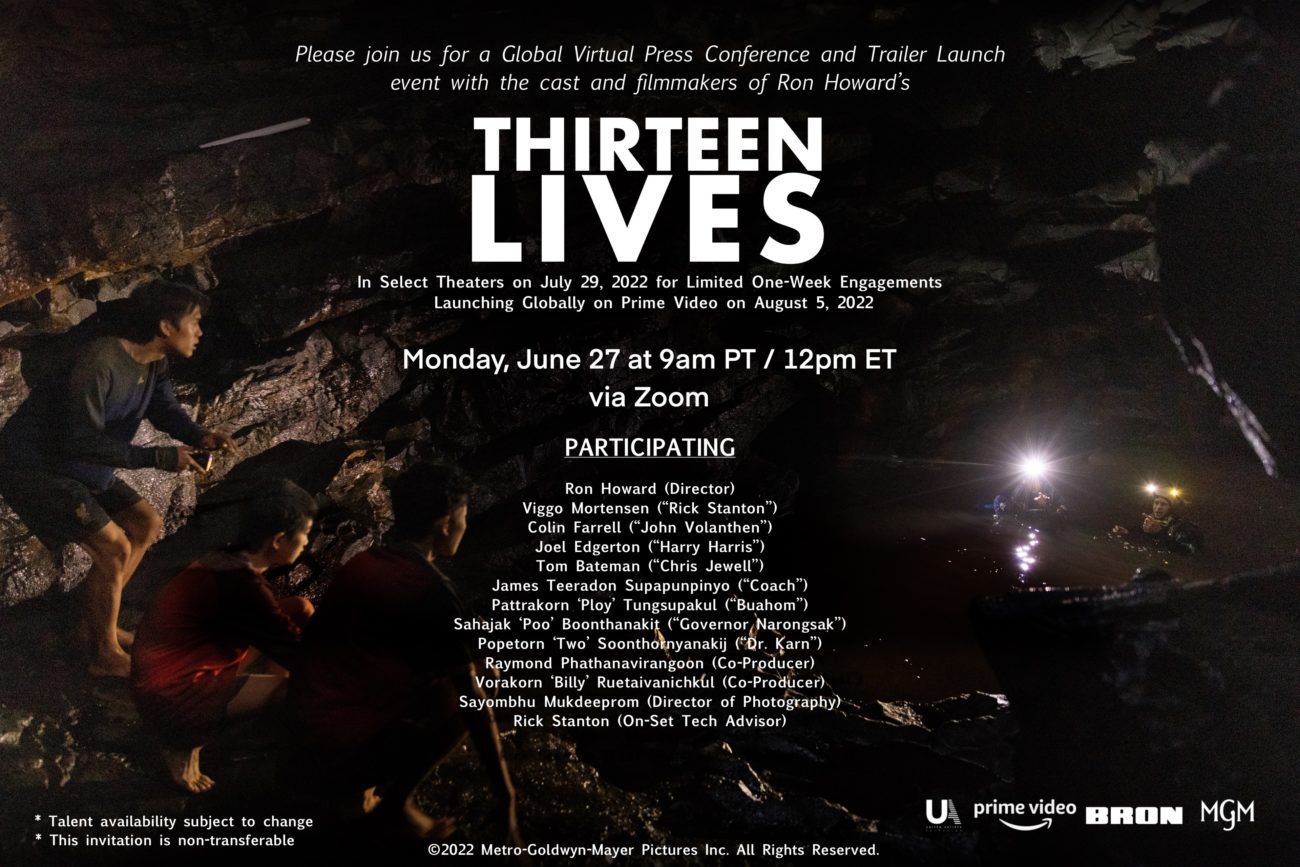 Director Ron Howard is no stranger to survival stories and true-life tales, but he welcomed the challenge of Thirteen Lives. “I wanted to be as journalistic as I could” as a means to make something “visceral” and “immediate” that “engaged the nervous system.” Howard greatly complimented and highlighted the essential involvement and importance of the people of Thailand who were crucial to the real-life event and the hosts of this film adaptation. Ron sought “nuanced, connected, thoughtful, and contemporary ways to show Thai culture” and how people should be proud of the Thai government’s help. More than anything in approaching the history with entertainment in mind from William Nicholson’s (Gladiator, Unbroken) script, Howard considered Thirteen Lives as an “anatomy of a miracle and the price of that” as a story of volunteerism.

For the second session, the director was joined by by primary cast members Viggo Mortensen, Colin Farrell, Joel Edgerton, Tom Bateman, James Teeradon, Pattrakorn “Ploy” Tungsupakul, Sahajak “Poo” Boonthanakit, and Popetorn “Two” Soonthornyanakjj. Viggo Mortensen began discussing how crucial it was to have his real-life character, Rick Stanton, on-set as a technical advisor (who was also part of the panels). The Crimes of the Future star spoke on how the training, particularly on the breathing, settled his nerves beyond the performance accuracy.

Colin Farrell added with a laugh that “you can add water to the list with animals and children for the most challenging things to work with.” Like others, including Edgerton and Bateman, he had very little diving experience before Thirteen Lives, and nothing like the tight cave situations posed by this story. Farrell said it best in relating that, through it all, “burden and honor were the same.” Bateman added kudos to that to acknowledge how the film is an “affirmation of what the real people did.”

Despite a great deal of international assistance, the cave rescue was a Thai-centered victory. In a very nice section of focus humanizing that burden and honor, Thai actors James Teeradon, Pattrakorn “Ploy” Tungsupakul, Sahajak “Poo” Boonthanakit, and Popetorn “Two” Soonthornyanakjj were granted time to share how they became involved in this large motion picture and how special it was for their peers.

In particular, Tungsupakul, through a translator, spoke on the massive responsibility of representing the mothers of the trapped boys and matching that emotional heft. James Teeradon added the joy and learning he encountered being the star working with the most non-actors of Thirteen Lives used to play the trapped kids. Howard echoed the graciousness and initiative of so many local crew members and performers in working through dialect challenges and amateur casting.

Once again, Thirteen Lives opens for a one-week advance run in theaters on July 29th and makes its global digital debut on August 5th through Amazon Prime Video. The trailer, showcasing a film that went out of its way for local and operational authenticity, promotes a promising dramatic thriller. This may be the film that shakes off the rut Ron Howard has found himself in. Be ready for this white-knuckle ordeal next month!