“The Eyes of Tammy Faye’ is now available on Audio, read by author Don Shanahan, exclusively for our Patreon supporters. For just $3 a month you will have access to our full library of Audio content, plus three new uploads every week. To sign up visit our Patreon page: https://www.patreon.com/25YL

Selective listening involves “consciously or unconsciously choosing to listen to what is relevant to you and ignore what isn’t.” Marinate on that for a moment, especially the second part, and then apply that notion to the talking heads and one-track minds of the spiritually devout. They’re in front of cameras leading congregations of people who arrive with loose wallets and even looser skepticism and only hear what they want to hear. That’s one misplaced morality at the center of Michael Showalter’s The Eyes of Tammy Faye.

There is another level though of selectivity and inconsistency. Add selective blindness to the pious personalities of Jim Bakker and his wife Tammy Faye, portrayed by Andrew Garfield and the superb Jessica Chastain. These characters miss blatant flaws in front of them and, in many ways, so does the movie. For the tele-evangelists themselves, their riches-fueled tunnel vision creates an inconsistent stance of unselfish servitude and an eventual downfall. For the movie presenting this biopic, it is torn between several tones, leading to it feel selective and guarded with its shock, blame, and sympathy. Quality of the message is lost in both regards.

The Eyes of Tammy Faye opens on precisely those peeping sensory globes covered in layers of drawn-on products. In a tight shot that slowly zooms out, we already begin to wonder what they see and what they don’t. In this case, and in many moments that will follow, Tammy Faye Bakker is looking at herself and admiring her trademark look. In this opening, showing the woman later in life, others nearby remark why she has chosen that particular beauty regiment. With an oddly confident stance of defense, Tammy replies, “This is who I am.”

With that, you watch and already wonder how she could not see the lost causes or the extreme personal flaws. Later, she’ll say “I don’t want to pretend to be something I’m not,” plainly missing the obvious mistakes enveloping her, her marriage, and her supposed missions. By the time Tammy reaches a place of power as a pill-popping tornado blunt enough to say “be honest with me,” no response of equal bluntness will register. That’s what eventually brings laughs from a line like “Can we talk about Satan later” as she passes dishes at a family-style dinner, forgetting the hot potato hand grenades of monstrous consequence. This is the combination of selective listening and selective blindness.

That introduction was only the beginning of the constant varnish present in The Eyes of Tammy Faye. The movie is done-up in great detail, like its title character. The production design and costume creations of Laura Fox (Troop Zero) and Mitchell Travers (Hustlers) perfectly recreate the lavish excesses of the people and their period. The gaudier the better, and it sure does dazzle.

Throughout, however, it feels like the old dig of “putting lipstick on a pig”. Look how silly the Bakkers made themselves to be. Look at what mattered to them more than love. Look how fake it all ended up. Look what they failed to stand for. Look at what expense all those bad looks became, professionally, financially, and personally.

Jim and Tammy Faye are presenting an image in an entertainment arena and cultural landscape where image is everything, even if it’s artificially produced. Beginning as love-struck schoolmates who take their husband-and-wife preaching and puppetry act on the road, the Bakkers soon latch onto Pat Robertson’s (Gabriel Olds) Christian Broadcasting Network and explode into television stars. When they outshine the CBN and gain national favor as high as conservative head honcho Jerry Falwell (a sly Vincent D’Onofrio), Jim and Tammy Faye start their own PTL Satellite Network reaching audiences that dwarf their former superiors and idols.

True to pathos, money tends to ruin everything and everyone. With popularity comes money. With money comes ambition. Money and ambition bring about frivolity and greed. Frivolity breeds that blindness mentioned before and, when that consumes formerly righteous morals, mistakes become larger and happen more often. That’s the arc that brought down the Bakkers.

Collecting donations for bigger and better plans that never materialized became the aim of the religious power couple. Clinging to the mindset of “God doesn’t want us to be poor,” they created a justification of their “gifts from God.” When Tammy’s mother Rachel, played by a stern Cherry Jones, asserts that “serving God shouldn’t be a money-making opportunity,” the warning falls on Tammy’s deaf ears.

It’s only later when Jim is in prison that the line of realization drops of “Were we preaching that God doesn’t love you if you’re poor?” Such a blameless conscience to measure God’s love by phone rings and receipts equals the high summit of entitlement which The Eyes of Tammy Faye attempts to explore with mixed results. Based on Fenton Bailey and Randy Barbato’s 2000 documentary of the same name, the feature adaptation picks-and-chooses a handful of those sordid scandals while tabling others.

Make no mistake. Jessica Chastain exists in The Eyes of Tammy Faye up in a stratosphere higher than the satellites that used to simulcast her character’s messages and performances. She teems with dedication and intensity, from the external shell she embodies to fiery internal core she stokes. Through a prosthetic foundation of doughy cheeks sculpted by Brian Wade (Army of the Dead), the exceptional hair and makeup work by Linda Dowds and Stephanie Ingram (their 10th and 8th collaborations with Chastain respectively) create a glossy shroud to the pain, energy, and turmoil underneath. Beyond the looks, it’s when Jessica bends that twang and unleashes that matching cackle to complete the transformation.

When you look across from Chastain and see Andrew Garfield smiling and trying, you see the distance showing how good she really is. Garfield, ringing up another poor accent in a career quickly filling with them, just cannot compete with her. There’s one damn good scene of the two feeding off each other where we see Garfield’s full potential: Jim and Tammy Faye share a raging blowup of honesty and judgment that releases what has been lingering underneath and unsaid between them all throughout the movie. At that turning point, Garfield finally reaches Chastain’s level and you realize how much the film could have used more of that very melodramatic magma from him.

In the end, it’s indecision that saddles the impressive with the indifferent. Director Michael Showalter (The Big Sick) and screenwriter Abe Sylvia seemingly cannot decide on a concrete tone. The scope of The Eyes of Tammy Faye veers too much between a scathing parody and an eye-opening chronicle. Is this movie reaching for grace and sympathy to highlight Tammy Faye as a semi-innocent victim with some redeemable qualities (like her early championing of LGBTQ+ rights) or is it clawing at shame prodded by laughable moments of well-deserved embarrassment and cringe? Once again, that wavering indecision eats away at a strong film experience.

That lens gets wider when you look at the topicality of this movie in this present day. Over thirty years ago, the Bakkers used to say they were part of “fighting for our nation’s soul.” Were they doing that or merely courting the gullible? Where are those old followers and donors now? As a documentary, there is observational value in those raised questions being matched with the facts and details of their crimes. As a dramatized movie, a committed purpose one way or the other is the challenge to keep and audience invested through the storytelling.

If your answer to the “where are they now” involves wearing a MAGA hat and being latched onto the next smiling megachurch preacher, or the still-kicking Jim Bakker, you’re probably not alone or far off. If The Eyes of Tammy Faye means to hold a mirror up to those dedicated churchgoers, one has to wonder if this film’s take on the Bakkers’ tabloid collapse will even resonate with those that probably need to hear it the most. That’s a difficult journey to fully celebrate. Lingering on after the public fall, Chastain’s Tammy Faye gives her “the sun will shine again” sendoff cry of unbroken spirit, but does such absolution deserve to arrive for her and her crowd? 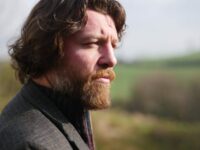