Once again, with fluff like Minions and Thor: Love and Thunder choking our big screens, we find ourselves turning to home entertainment for some really good family entertainment. It seems increasingly as if only the safest and most commercial of bets will pass muster for distributors, while even the most moderately offbeat adventure will get relegated to home premiere. There’s nothing remotely anti-commercial, subversive, or small screen about The Sea Beast, and yet here it is. 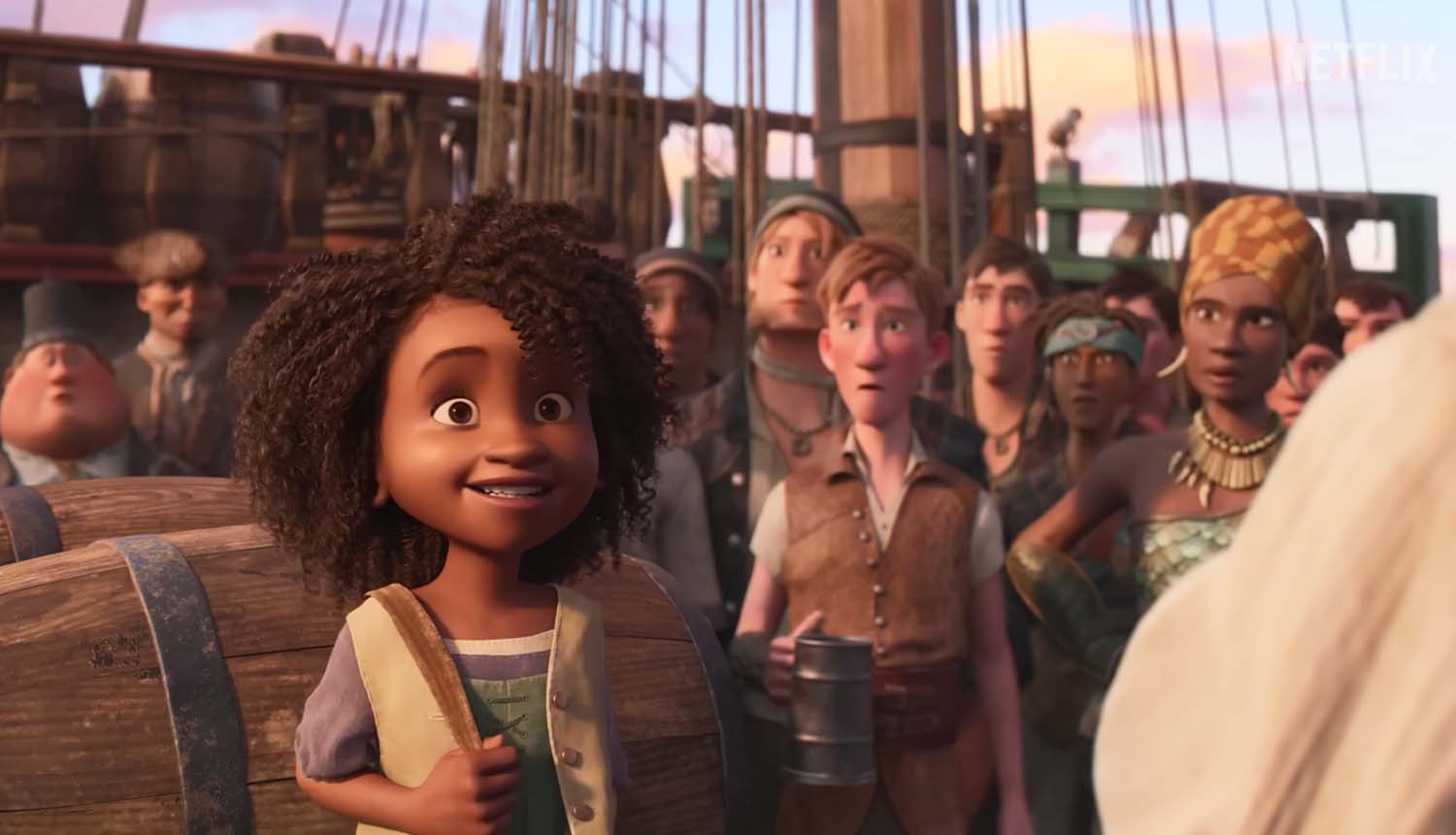 Following very much in the footsteps of a movie like How to Train Your Dragon, The Sea Beast is set in a period fantasy world where leviathans teem the oceans and hunting vessels stalk the waves. Of course, in quite predictable fashion, the war waging between human and beast isn’t as simple as it first appears, and it takes a precocious young orphan named Maisie Brumble (Zaris-Angel Hator) to see past the legends. So, on paper, we’re looking at some really throwaway, dime-a-dozen kids’ fare here, an off-brand knock off of a familiar collage of tired tropes, complete with an unimaginably generic title. 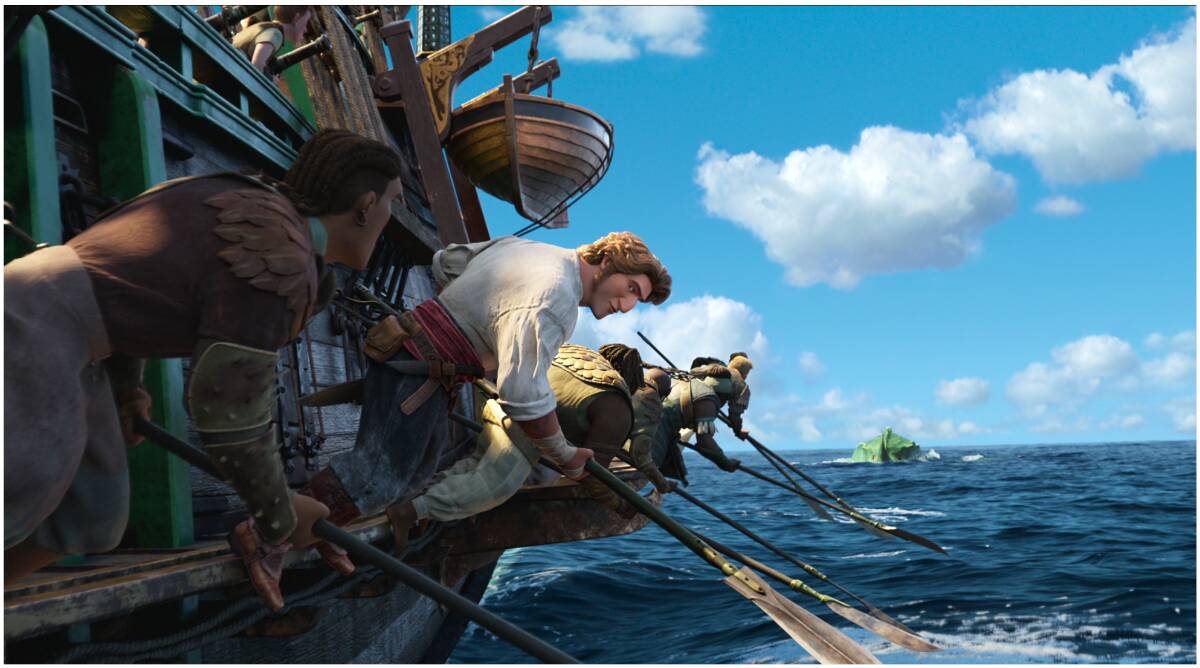 What sets The Sea Beast apart, though, is a lovingly crafted, richly detailed script that shows real commitment to creating a sense of authenticity. The dialogue isn’t all off-colour pop culture references and snappy quips; it’s toeing a fine line in credible-sounding nautical jargon and pithy character observation. The opening establishes a hefty ensemble cast in the crew of the Inevitable—the pride of the monster hunting fleet (and yes, more than a few times I thought of the video game franchise of that name)—and more besides. I kept waiting for each of these characters to regress into a role that felt like a tired stereotype, but none of them ever did! They felt real, nuanced, and sympathetically drawn, from the gruff, vengeful, and careworn Captain Crow (Jared Harris), down through the swashbuckling quartermaster Jacob Holland (Karl Urban) to the stoic, charismatic first mate Sarah Sharpe (Marianne Jean-Baptiste) and the imperious boatswain Ms. Merino (Helen Sadler), who seemingly does nothing but shout shipboard jargon about jibs and topsails. I couldn’t follow a word but it sounded good, and gets you hyped for adventure on the high seas! Also, on a side note, it’s rare I praise a movie simply for inclusiveness (which I consider more or less mandatory in a fantasy setting, unless specifically precluded for narrative reasons), but I can’t ever recall seeing such a dark-skinned black woman character as Sarah in an animated movie before. With Netflix’s infamously poor track record for colourism, it was duly noted.

The story does progress in familiar fashion, of course little orphan Maisie arrives full of stories of heroes slaying bloodthirsty monsters, but when she and seasoned hunter Jacob are separated from their crew and forced to spend time in a monster’s shadow (and literally in it) they begin to question their most core beliefs. It’s a typical, if meritorious story, but it’s told really damn well with great characters, an unexpectedly strong sense of gravitas and one stellar action scene after another, including a giant sea lion vs. giant crab battle that puts anything in any of the recent WB monster movies to shame. Combined with the writing, the sense of weight and movement is so well expressed through the animation, blending action with occasional slapstick in a way that makes the world of The Sea Beast feel so much more real than the average live action blockbuster, as one should perhaps expect from the director of Big Hero 6 and especially of the similarly nautical Moana. 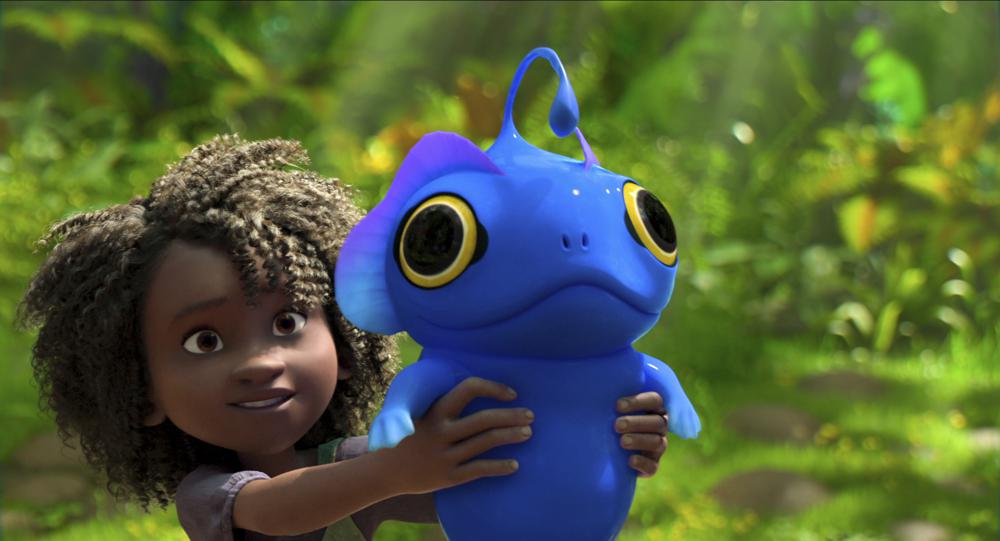 The Sea Beast is also very well paced feeling appropriately epic and giving the characters time to develop at a realistic pace, while keeping a dynamic sense of speed and tension in the plot. It does have flaws, in that I agree with some responses I’ve heard that the sea monsters designs can be a little cartoony, compared to the more realistic world around them, and likewise the voice acting can lean a bit heavy on the accents at times, with Australian Karl Urban particularly struggling.

But that’s about it as far as issues go, I have very little to say against The Sea Beast, a refreshingly old school family adventure that ties a familiar positivist take on othering to a somewhat fresher one on class exploitation, and plays it all out with sterling commitment to its creative vision, taking it and it’s young audience seriously, delivering strong characters and terrific action. It may not be the most original creation in the world, but it still arrives in 2022 feeling like a breath of fresh salt air!