Mudbound, nominated for Best Supporting Actress (Mary J. Blige) and Best Adapted Screenplay (among other Academy and SAG nominations), and directed by Diandrea “Dee” Rees, takes place in the heart of the American South—the Mississippi Delta—before, during, and after America’s call to war in 1941. Adapted from Hillary Jordan’s 2008 novel of the same name, Mudbound looks and feels like it sounds; thick with the muck of southern heritage.

Historical fiction is and always will be one of my favorite genres for literature and film, especially the works that put America and the rest of the world’s ugliness on display. I’m not a glutton for punishment, I’ve just always been a firm believer in that old saying, “If forgotten, history is bound to repeat itself”. If there’s one thing that theatrical and literary art has been good for, it is showing us what our predecessors screwed up, so we could hopefully learn and change and grow from those disasters. 1940s America was a land that was certainly growing and changing, but the majority of the Caucasians of the time were a bit slow on the uptake of racial equality and that “love thy black neighbor” way of thinking. The Civil Rights Movement was two decades away, but, thankfully, slavery was no more. Regardless, white people were stuck between a rock and a hard place; living as their parents raised them, and evolving into two-legged things with hearts and minds. It was a hard time to be had by all.

The film itself runs on a first-person narrative for each of the key characters, which is, in my opinion, the absolute best way to tell a story when the thoughts and feelings of each key character actually matter and the director believes in this tale so strongly that she allows the brilliance to be reflected in each character’s voice. In essence, no one character’s viewpoint or story is more important than another’s. It is fair and subjective, unlike the time period. The fact that each character gets to explain their side and the fact that each person’s journey is illustrated is breathtaking. Maybe everyone was looking for a little fairness and justice in the world. Maybe Rees and her storyteller were a cool drink of water in a world thirsting to find a little fairness to go along with the staunch delivery of the cold, hard truths of the time.

The literary themes and tones carry over from print to screen flawlessly, as we see characters ripped from a static existence to become dynamic human beings. While still plagued by flaws, they grow and change as we all do.

Laura McAllan (Carey Mulligan) starts her life sheltered, but she is a smart young woman who becomes grateful to Henry McAllan (Jason Clarke) for his courtship because it relieves her of the menial monotony of an existence she is born into and allows her to get out into the world. We see Laura blossom through the trials and tribulations of feminine oppression as she takes on the domestic roles expected of a woman, while still finding ways to maintain her dignity as a homemaker and key player in the success of her husband’s pursuits. She learns to love motherhood despite the many hardships that stem from the job.

Henry is passive and stoic, but still kind and observant. As you watch the film, you learn not to expect much else from Henry. He is who he is. What you see is what you get. He is the total opposite of his younger brother, Jamie McAllan (Garrett Hedlund), who is well-read and charming. His personality is one that we all wish we possessed; easily conversable, amiable, and the light in the room that everyone seems to gravitate toward. I’m really unsure as to how these boys turned out as they did considering how their father, Pappy McAllan (Jonathan Banks), is the lowest of the low in terms of the person you would want to be around at any point, place or time. Pappy is the crotchety old man that refuses to move over to let a black man sit beside him in the front seat. This is so hard to hear and to watch. Let’s face it, at his age, this man is never going to change his views. He is just too set in his ways, but one can still hope. Racism and hate go hand in hand within this man, if you can call him that.

Ronsel Jackson (Jason Mitchell) is a lot like Jamie, except even more warm and receptive. He is absolutely adored by his family, especially his parents Hap (Rob Morgan) and Florence Jackson (Mary J. Blige). After the attack on Pearl Harbor in December of 1941, America’s call to war caused everything to change, for people of all races. Ronsel goes off to fight and his mother told him, “You just come back…you come all the way back.” Survival isn’t always living and no mother wants her child to grow up that way. While away, Ronsel learns that the ways of the American South are not the ways all over the world. There are plenty of Caucasian Europeans who are so thankful for his service and view him as a hero, not as someone that belongs in a field.

The Jackson ancestors worked hard on the land that would never be theirs and Hap wants more for himself and his family. “What good is a deed?” Hap asks. After a long day of work and cultivation, this land will never belong to the family. We see Hap as a hardworking, loving family man who is resentful of white people and we don’t blame him. We just don’t want him to feel this way. We ache inside because we know that events and ill-treatment have caused this pain. He is so proud of his son, who is now serving as a tank commander. Even though Pappy is heavily informed that the military would never entrust something as valuable as a tank to a black man, Hap will not be swayed and that loyalty is fierce if nothing else.

Florence is at home during a bad rainstorm and Henry comes demanding her to come to the house to assist Laura in caring for his children who have the whooping cough. He isn’t able to get to town for the doctor because the bridge has washed out. Florence agrees and has to go stay at their house for a few days to help the white children recuperate. She remembers her mother had to care for white children, which meant her own family went without her attention. She mentions how you always knew the white children would be fine because, if anything happened to those white kids, it would be hell for the black woman’s own family. “Love is a kind of survival”.

World War II did end, as we all know, and Jamie and Ronsel both come home to joyous yet painful reunions. Henry is so happy that his brother is home, but Pappy feels that a real man should know how many people he has killed. Not only that, but he should look him in the eyes before he kills him. That’s pretty hard to hear as a pilot in a bomber rig, responsible for dropping bombs on towns and hospitals consisting of more than just enemy soldiers. Ronsel’s family is beside themselves with joy that he has returned in one piece, but he’s just another “tasteless racial slur” that needs to remember where he is and be sure to use the rear exit of the local general store that is for “Colored Only”. Pain knows no color or race. 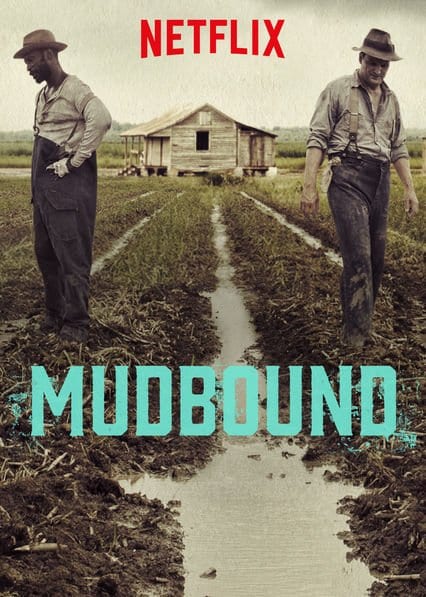 Ronsel and Jamie begin to develop a friendship where regardless of the local stigma, Jamie treats Ronsel as an equal, even as a brother. He refuses to make him ride in the back of a vehicle and insists upon him sitting up front with him which is highly frowned upon. They share war stories. They confide in each other. War opened their eyes to humanity and how colorblind many aspects of the world could and should be. But they still battle their demons. Jamie has a heavy drinking problem, which leads to an altercation with his brother. Meanwhile, Ronsel learns of a biracial lovechild overseas. Laura finds out about the fight between her husband and her brother-in-law and one of the men receives her comfort but not the one that owns that right legally.

When the local order of the Ku Klux Klan learns that Ronsel has defiled a white woman, he is once again reminded of his place in the Mississippi Delta, and it is not a seat of high honor for his military service. Jamie, guilty by association, has to make the hardest choice he will ever have to make. Where will his loyalties lie? In the end, someone has to pay a price for a grievous wrong and history shows that the good guy doesn’t always win. But will the good guy get some form of justice in the end?

Carol is a writer here at 25yl and is the resident rocker and metal head. She writes rock/metal album reviews and she reviews the occasional Netflix Original Film. She is the wife of a US Marine and they live in Western North Carolina with their four children and their English Bulldog.