I once worked with a man who was held captive by the Mujahadeen for two years. He taught me how to dodge incoming sniper fire, he taught me how a bomb actually kills you, and what to do if you are accosted by muggers in Lagos. The most important thing I learned from this man was the importance of memory, good memories in particular, and the human imagination. Whilst he was handcuffed to a radiator for two years, he relied upon his memory and imagination to survive. Dreaming back to good times and remembering them his way, the power of the human brain is limitless, and it was something that has always stuck with me.

I’ve never been unfortunate enough to get taken hostage, but Tekkonkinkreet (2006) occupies a similar place in terms of imagination and how the brain reacts to its environment. In that respect, it is as accurate a depiction of what its like to be a child as Where The Wild Things Are (2009) and Boyhood (2014). The two main characters in Tekkonkinkreet—brothers named Black (older) and White (younger)—are at odds with the city (known as Treasure Town) that they make their playground and it’s harsh reality. White is constantly at play, unable to come to terms with the reality of them being homeless and seeing adventure in every alleyway and traffic jam. Black sees things a bit more realistically, the petty crime he engages in he can see becoming a lucrative career, but White pulls him back from the edge with his wide-eyed innocence and sense of fun. These two need each other, and have a bond that goes way beyond brotherhood, their names may be on the nose but it highlights the fact that they balance each other out. They may as well be named Ying and Yang.

Right from the opening Tekkonkinkreet does things that no other animation was doing at the time. We see the city, somewhere between blocky Japanese metropolis and theme park, indicating that it may not be as it appears, and we are seeing things from a certain warped point of view. The adrenaline kicks in straight away with a swooping and soaring chase through this world, with the camera (if you can call it that in animation) spinning around Black and White as they jump, leap and fight their way through a traffic jam with a blissful disregard for the laws of physics. The backgrounds are wonderfully detailed and intricate, the animators letting their imaginations run wild and yet still settling on real world architecture that would be possible if the whole world were suddenly on drugs. The character designs are relatively simple – the faces of Black and White are wide and the details minimal, allowing for a canvas of growing emotion as the story goes on.

The plot of Tekkonkinkreet follows these two brothers as they get deeper into the petty crime and end up at odds with the local Yakuza who seem to tolerate their existence. Things get more complicated when a ruthless developer known as Snake comes in with plans for (ironically) an actual theme park and a small war begins with the developer deploying seemingly supernatural assassins to get rid of Black and White and the local ageing Yakuza boss Suzuki. 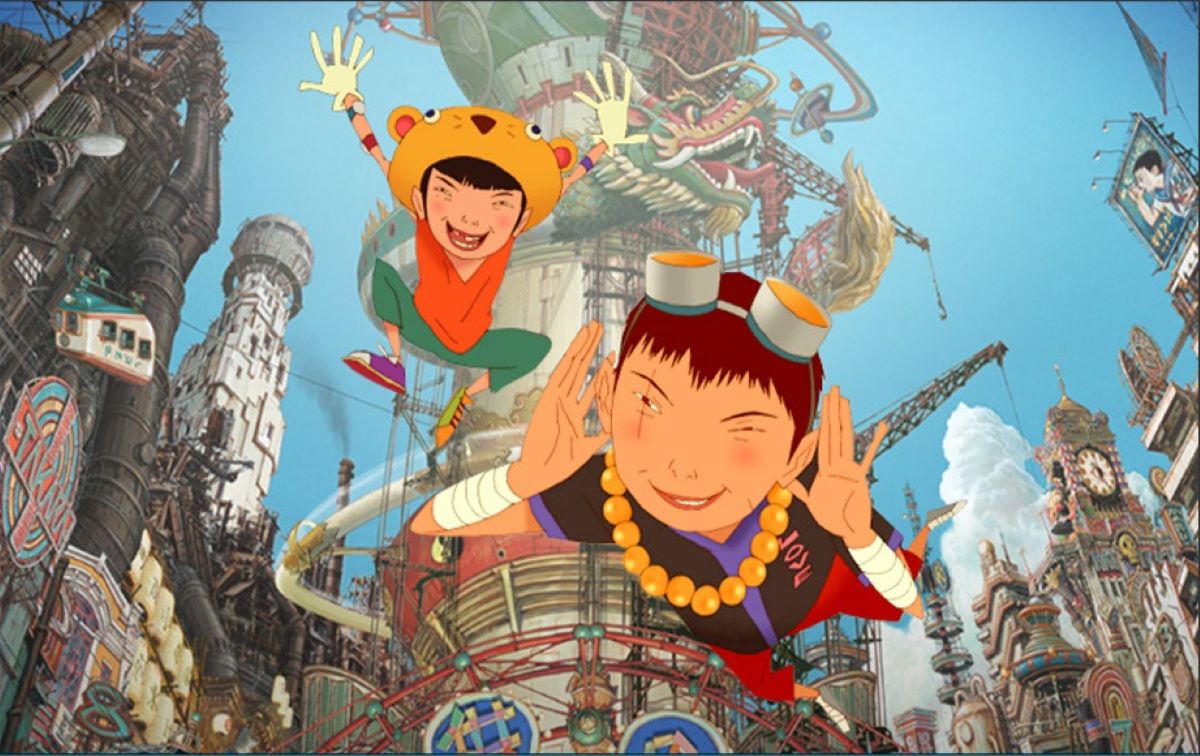 For a film so rich with visual imagination and groundbreaking techniques, the actual plot and characters of Tekkonkinkreet are the thing that sticks with you once the film has ended. The older and wearier members of the local Yakuza are amongst the best characters within the film. Suzuki is the boss and he sees Black as a kid who can be saved and doesn’t have to follow the path that he did. He is a man whose age has seemingly bred ruthlessness out of him, has a fondness for his lieutenant Kimura, and worries about his path and his future now he is an expectant father. Suzuki is a man who life is leaving behind, represented by the ruthless Snake and his assassins who have no compunction about killing children. There is a point in this film where Black is driven to extremes when confronted by assassins who wish to cause him and White harm. A balance is tipped, a kind of breakdown occurs, and the brothers are separated. This is where their essential relationship and how they need each other becomes clear to tear jerking effect. White loses more and more of his tenuous grip with reality and Black becomes an unfeeling thug.

Adapted from a manga that was first published in 1993, Tekkonkinkreet was a labour of love for its director Michael Arias who spent the best part of 11 years bringing it to the screen. He created a test film in 1997 based on the manga, and then the funding just wasn’t there despite the short winning some awards. Arias didn’t give up, and came back to the film in 2003 whilst working on The Animatrix (2003) with funding eventually provided by Studio 4C. The film was eventually completed in August 2006 and released in December of that year.

Tekkonkinkreet was a hit in Japan, and was well regarded by many critics when released and played several prestigious film festivals. However, a curious thing happened when it was released in the west initially. Although it hadn’t been a problem in Japan, many western fans turned on the film for being an anime directed by a non-Japanese director. There was a kind of refusal by western otaku to embrace the film for this reason, and so it wasn’t included in the typical anime fans examples of the best that their niche had to offer. The visual designs and the bizarre title may well have put off the mainstream audience further, and so you had a film kind of orphaned like its main characters; too western for the hardcore anime fan and too weird for the mainstream. In the end the worldwide theatrical gross of Tekkonkinkreet was only 42 thousand dollars. 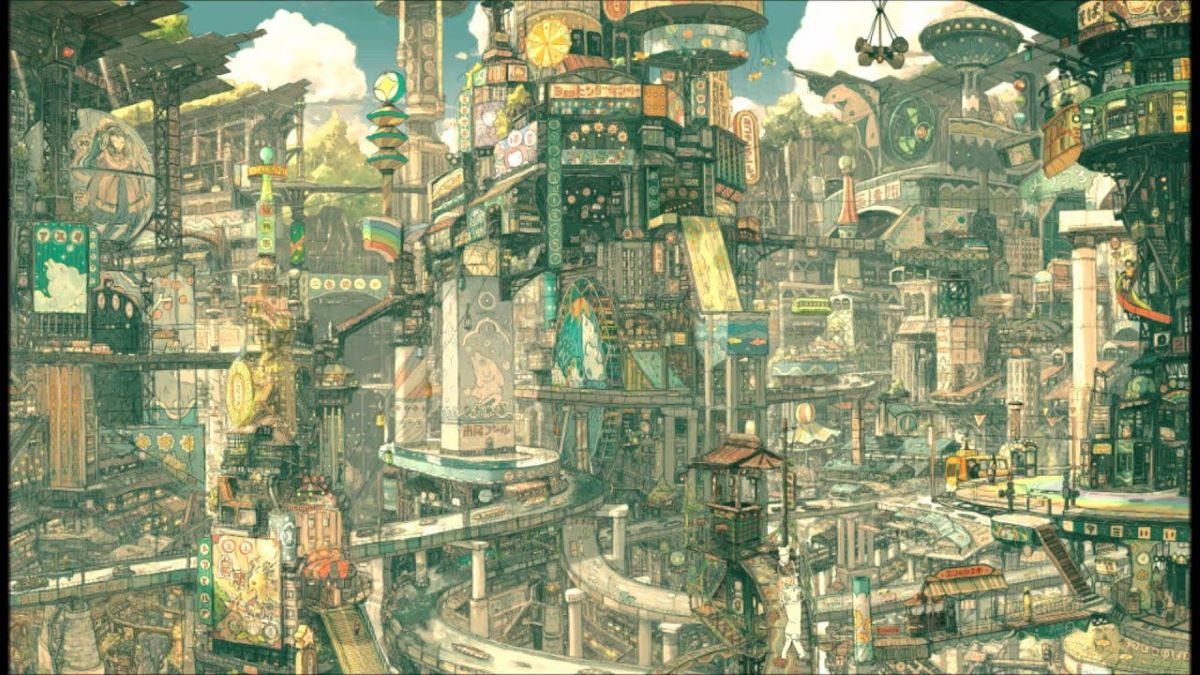 The place of the anime feature film has been in a weird place for the last fifteen years or so. After the anime boom of the early ’90s when titles like Akira (1988) and Ghost in the Shell (1995) would get huge pushes to the mainstream crowd, distribution companies ran out of edgy things to import. Then Studio Ghibli crossed over with Spirited Away in 2003 and it felt like the mainstream audience have wanted more of that kind of thing ever since. So whilst films like Your Name (2016) and Mirai (2018) might enjoy some mainstream appeal and acclaim, there are a whole load of flops like Paprika (2006), Redline (2009) and Tekkonkinkreet that get no attention whatsoever, and are just as good, if not better than what gets a major push these days.

Tekkonkinkreet is an animation landmark in terms of what it achieves. The craft on display is breath-taking and it pushes the art form. It is a hymn to the power of imagination, brotherhood and the possibilities of animated storytelling. It is a film that deserves mainstream acclaim and acceptance and once seen, is something it is impossible to ever forget.

Christopher Holt currently fights hypocrisy and evil on the fringes of reality whilst producing and co-hosting the Lunch Hour Geek Out podcast. He has spent twenty years writing a novel which will do nothing less than change the world...when it's finished. 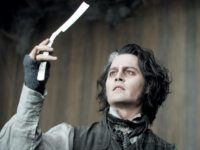