Welcome to my column dedicated to the appreciation of physical media supplements called: Feature Presentations. The goal of this column is not to say whether a film is good or bad and worth picking up or not—I would like to highlight the discs that go the extra mile and provide film fans with enough tasty tidbits to satisfy even the hungriest of cinephiles. With all that out of the way, today’s article will focus on Scream Factory‘s release of Raising Cain. 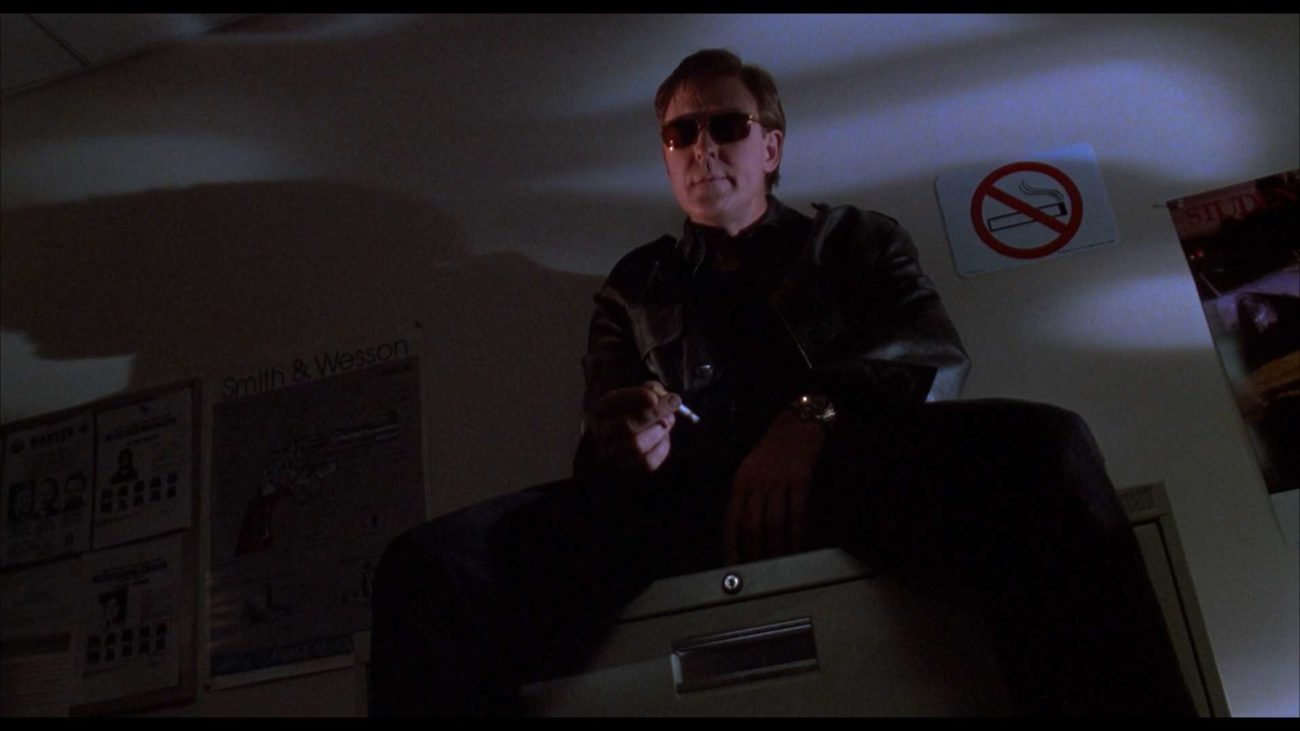 Whenever I hear or watch Brian De Palma‘s 1992 thriller, I’m taken aback to my childhood. No, this isn’t some weird story where I saw this R-rated film as a child. Well, it kind of is—let me explain.

Jumping back to late 1992 or early 1993, I frequented my local video store more than most people. Whether I was renting the same film for the third time or checking out something new, there wasn’t a time when I walked out of there empty-handed. One time sticks in my craw, but it’s an unusual time.

My family rented Raising Cain under the pretense of a dark thriller. I vividly recall about 20 minutes into the film, when the aptly-named character appeared, those in my household grumbled. Not because having two Lithgows for the price of one is a bad deal, quite the opposite! The family didn’t understand what was going on. Why is John Lithgow talking to another version of himself? A young kid like myself didn’t get it either, but I was willing to soldier through. Unfortunately for me, my family felt otherwise and shut it off around the time Cain and Carter’s dad makes himself known. Of course, who played the father? You guessed it, John Lithgow. My parent packed the movie and shipped it back to the video store. Did we get our money back? Of course not: we rented Alien 3 instead. I feel that was the wrong decision.

Anyway, Raising Cain holds a memory; I won’t say it was special. I watched it years later and found it a decent De Palma film with an excellent performance from John Lithgow. It doesn’t reinvent the wheel, and everything you love (and hate) about Brian De Palma is in Raising Cain.

When I saw that Scream Factory was going to release the film as part of their Collector’s Edition, I decided to snag it. The disc comes with a slipcover featuring newly-commissioned artwork—one of Scream Factory’s better ones, in my opinion. Inside, the case comes with a reversible art wrap featuring the slipcover art and the original theatrical artwork. For my preference, if I have the slipcover, I turn the art wrap to the original; that way, I enjoy all that Scream Factory offers. 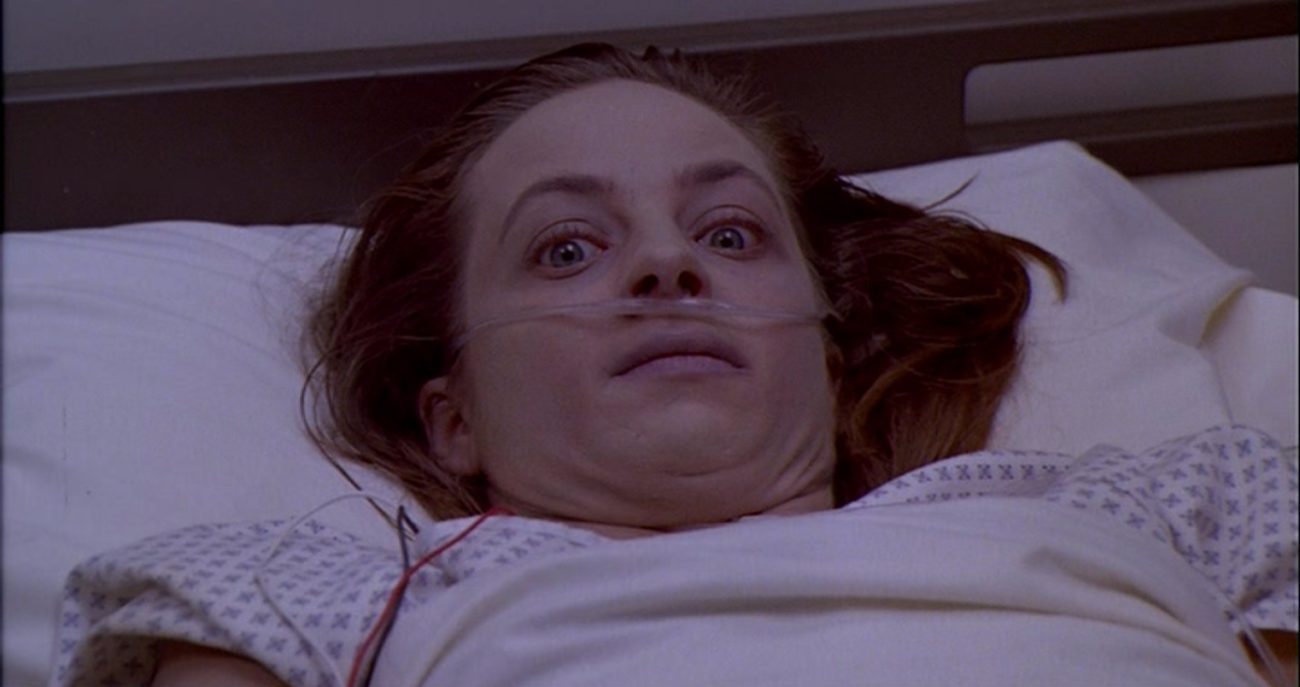 The release comes with two discs: the theatrical and director’s cut editions. On the theatrical disc, you get a handful of interviews. The first, “Not One to Hold a Grudge,” is a chat with star John Lithgow. This 30-minute interview is a pleasant listen, and Lithgow makes for a welcome interviewee. Lithgow discusses how he came to work with director Brian De Palma and the relationship between actor and director. It’s interesting to hear what Lithgow wants to see from a director when he is working and a glimpse into a Brian De Palma production. I found this an entertaining and engaging feature.

The second interview, “The Man In My Life,” is a sit-down with actor Steven Bauer. As with Lithgow, Bauer talks about the attention to detail that De Palma brings to his films by telling a tale of seeing the entirety of Scarface‘s production storyboarded in his office. From there, Bauer discusses going through a divorce and his relief—having to work on the set of Raising Cain to take his mind off his marital issues. While “The Man In My Life” isn’t in-depth on the day-to-day workings of the production, it works as a window into the mindset of Steven Bauer. And that is just as entertaining and informational.

“Have You Talked to the Others?” is an interview with editor Paul Hirsch. Hirsch traces his career back to the early ’90s working as an editor-for-hire to make “terrible films” into “bad films.” I appreciate Hirsch’s honesty as he talks about his first brushes with the film and not understanding what was going on in the script and what Brian De Palma needed. A funny story comes about as Hirsch details De Palma watching him edit while reading a book about ways to commit suicide. While short, “Have You Talked to the Others?” is one of my favorite interviews due to Hirsch’s openness.

Gregg Henry sits down to talk about his time on set with “Three Faces of Cain.” Speaking for myself, I love and appreciate character actors. Gregg Henry is one of my favorites, and I was excited to hear his thoughts. As is a recurring theme throughout the interviews, Henry talks about how De Palma maps out the film and comes to the set prepared, understanding how the film is to look. Henry talks about the infamous one-shot sequence and recounts a horror story about one actor blowing his line at the end of the shot. While there’s nothing earth-shattering in the interview, Henry speaks highly about the production, is proud of the film, and appreciates all involved.

Actor Tom Bower is next with the interview, “The Cat’s In the Bag.” Bower talks about working on the one-shot with Henry and actress Frances Sternhagen and the reviews he got for his work on the production. There’s not a lot with this interview, but it’s a cute addition and worth checking out at least once.

The last interview on the theatrical cut disc, “A Little Too Late for That,” finds actress Mel Harris discussing her work on Raising Cain. Harris heaps praise on De Palma for his professionalism, what drew her to accept her role as Sarah and working with actress Lolita Davidovich. It’s nice to see Scream Factory reaching out to the supporting players, giving them time to share their thoughts, and Harris is no exception.

The disc closes with the film’s theatrical trailer and a gallery of marketing and behind-the-scenes images.

Switching over to the disc for the director’s cut, the first feature, “Changing Cain,” looks at the restoration of Brian De Palma’s film. Peet Gelderblom talks about his love of all things De Palma and the journey that led him down the path of recutting Raising Cain. Gelderblom takes the viewer through the steps of how the original cut didn’t work for him and how he used an early draft of the script and his computer to reorganize the film closer to the director’s vision. “Changing Cain” is brief and filled with surface-level detail only. It’s good to hear from Gelderblom, but there isn’t much to learn from this feature.

What are the differences between the theatrical and director’s cuts? All of the footage remains intact. The first act now follows the viewpoint of Davidovitch’s character, Jenny, with Lithgow’s Carter in the background. It helps the film flow better and is the version that those looking to check the film out should watch. Some director’s cuts work, others don’t. This one does. 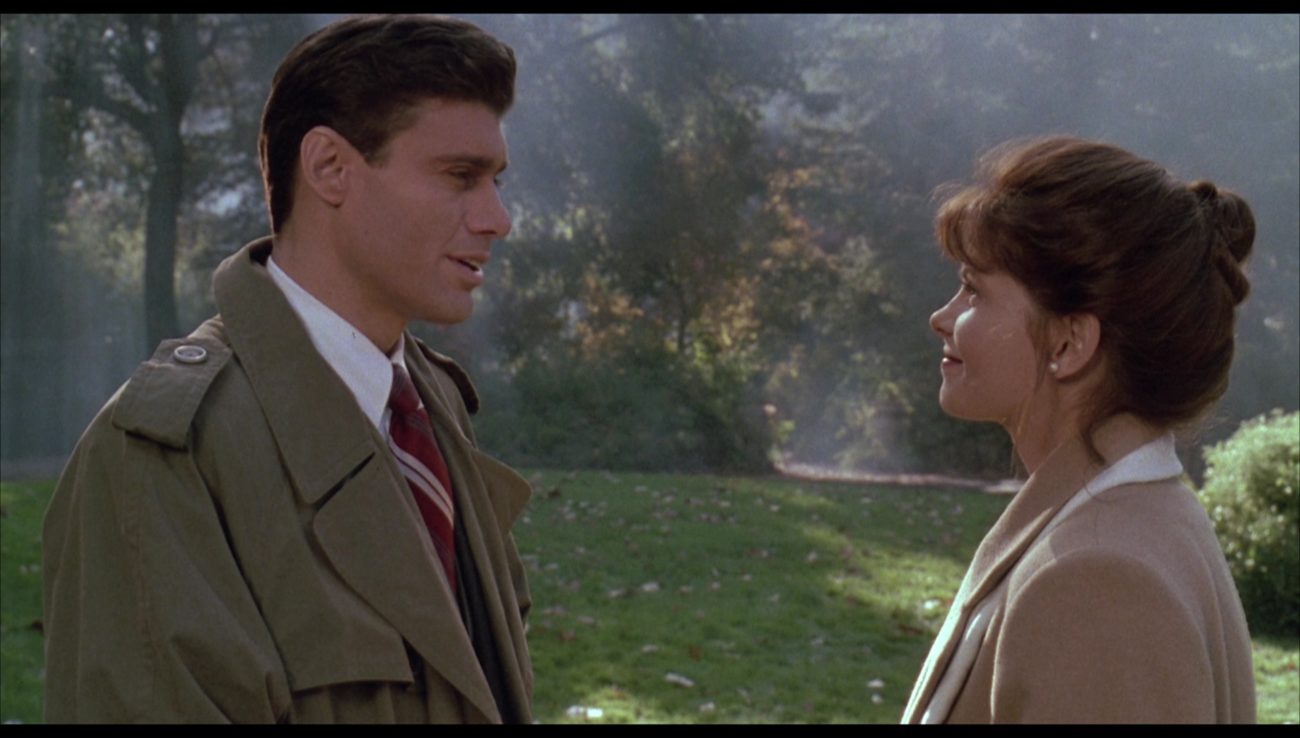 And there you have it! I find Raising Cain an enjoyable yet uneven work from a divisive director. The horror and thriller aspects are hit-and-miss, but the dark humor and Lithgow’s performance(s) are worth the price of admission. Scream Factory compiled a hearty helping of features with two slightly yet significant film versions onto one package. And while Arrow Video released a just-as-good edition across the pond, those in the United States can rest assured that this is an edition well worth your time and money.