Almost everybody has seen or heard of Stanley Kubrick’s A Clockwork Orange (1971), and many people globally now study the original book written by Anthony Burgess during their school or college years. This application to everyday life and education tells us immediately that this is a story which has something to teach us.

For those of you who are not familiar with the story of A Clockwork Orange, the tale tells of a young man named Alex who becomes very violent and commits terrible crimes against people — predominantly women. The very beginning of the story sees Alex and his group of ‘droogs’ entering the home of a writer to beat him until he becomes a cripple, and restrain him so he is powerless whilst they rape his wife. The boys are never punished specifically for this crime. Alex, however, is later imprisoned for the murder of a separate woman. He becomes the subject of a conversion process aimed at causing criminals to develop an aversion to sex and violence. The conversion was successful, but many people complained that this took away his free will and changed who he was as a person — cancelling out the effect this had on society by rehabilitating instead of imprisoning.

After his rehabilitation, Alex is allowed to re-enter the world. However, upon returning home he finds that his parents have been renting out his room, and they are no longer accepting of their son. This sets off a series of events which leads to Alex being beaten up and in desperate need of help. He makes his way to the nearest front door he finds to ask for help. We then see him wake up in the home of the author whose life he destroyed at the very beginning of the film. Initially, the author does not recognise Alex. However, Alex begins to sing “Singin’ in the Rain” whilst in the bath and he realises at once — Alex sang this song as he assaulted his wife! He drugs Alex and locks him in his bedroom whilst playing Beethoven’s Ninth Symphony loudly from downstairs. This drives Alex mad as his brain associated this song with his rehabilitation due to it being the backing track to many violent videos he was forced to watch during the process. When he can no longer stand it, he jumps from the bedroom window in an attempt to commit suicide. The film ends with Alex in hospital, injured from his fall, where it is discovered that he no longer has aversions to sex or violence and he is offered a job if he agrees to stay silent about the reversal of his psychological therapy.

This story serves to demonstrate many lessons about how an individual’s behaviour can have a huge impact on society. If Alex had never assaulted the author and his wife in the first place he would have been cared for by this author after his rehabilitation. This part of the plot is a very obvious comment on the impact of karma to some degree. The terrible actions Alex carried out in the past have led him into an awful situation which provokes him to attempt to commit suicide. His actions have also changed a person who was a positive impact on society — and may have been a great help to him — into somebody who is bitter and set on revenge. 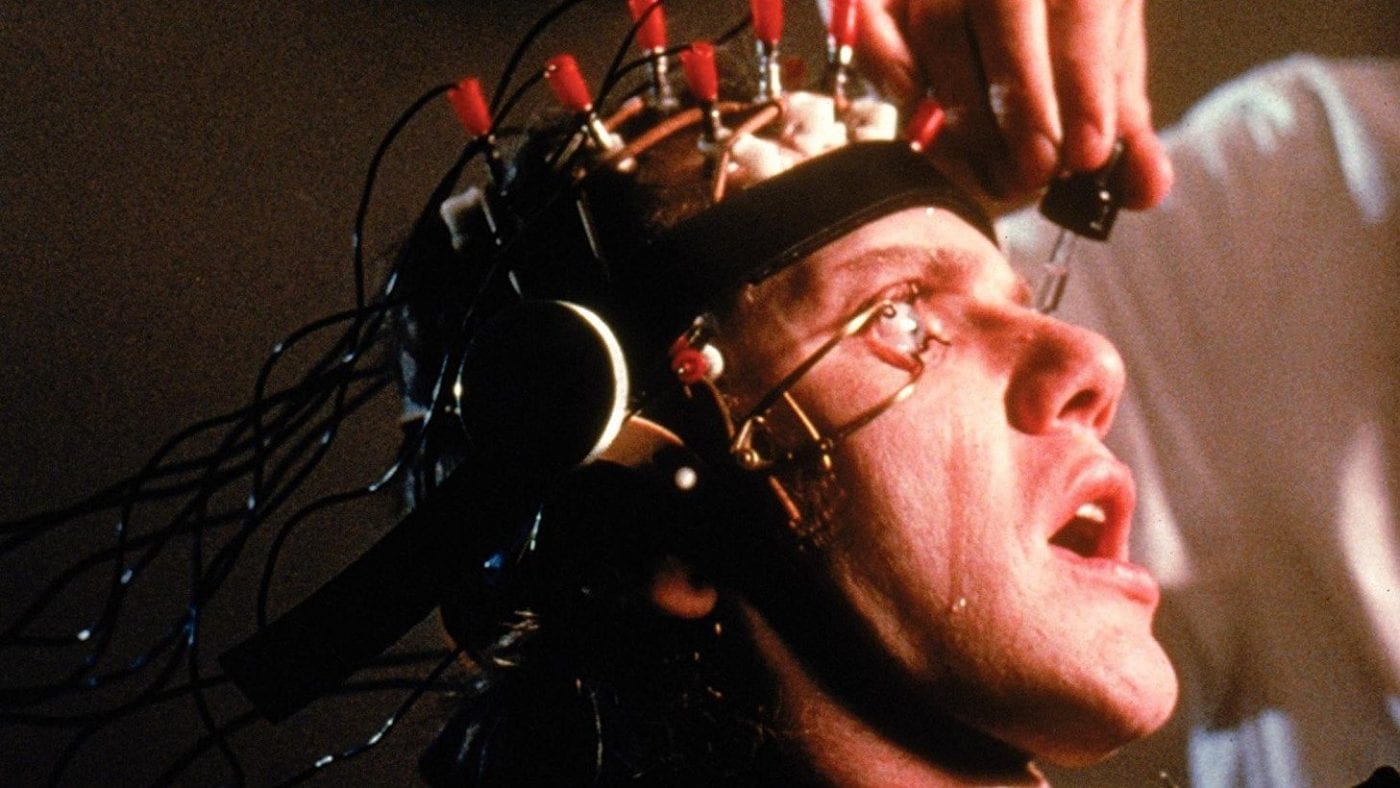 Equally, the author could have shown compassion instead of getting revenge. Alex would be alive, the treatment would have worked because it would never have been reversed, and this would have created a safer environment for everybody. This shows that not only do the actions of one negative person have an adverse effect on otherwise positive people, but it also demonstrates that it is our responsibility to ourselves and our society to ensure we do not become bitter and revengeful because of negative things that happen to us. We see one assaultive action create a ripple effect until it breeds such negativity that the whole society is changed for the worse.

However, not all of these lessons are presented the same way in the book. Burgess originally wrote 21 chapters of A Clockwork Orange, but the initial publication in the U.S. was only 20 chapters long. For Burgess, the 21 chapters represented a maturing — 21 is the official age of adulthood in much of the United States. In Europe, the full 21 chapter version was always the copy released. The final chapter of this complete version shows Alex becoming more mature of his own accord. We see him grow up. Cutting this from the original American release changed the story drastically to less of a cyclical storyline and much more of a dark one. While this is characteristically Kubrickian and it makes sense that this is the version he converted onto our screens, it takes away from the message the creator of the story was trying to tell. Burgess believed in a character’s ability to reform. This formed the basis of his vision of his novel. To remove this from the cinema adaption created a legacy for Burgess that is warped away from the story that he intended to tell. While the film adaption is very good and widely loved, it is important to note that the ending does not do justice to the author’s original vision.

The original ending to the book sees Alex decide for himself that violence is no longer exciting to him — he becomes a better person all by himself. It is my personal opinion that this cyclical structure is far superior to the shortened version of the novel, and I also find the significance of the 21 chapter book a nice touch. Using this original version in the film was the obvious choice, however, Kubrick chose the darker, adapted version of the novel. This meant that the film ends with Alex attempting suicide and the treatment being undone, resulting in him being partial to violence once again. Kubrick wanted us to see that evil can’t change and that in order to realise the extent of Alex’s actions we needed to see him being destructive once again. This is also a valuable interpretation — we are seeing a perspective that warns us of the dangers of somebody who always has a dark soul — but there is less to learn here. If people believe they can’t change, the story becomes less of a social educational asset and more of a dark warning.

There is another aspect to this films ending, though, and that is the sense of morality from the other side. If Alex had been changed back to being his original self and claims to be cured, surely this raises ethical questions about whether the government should have the right to effectively alter the brains of citizens. Of course, Alex being a violent offender means that this creates safety for everybody including himself, but should anybody morally be able to make these changes to their psyche? This makes for interesting debate and suggests that perhaps something important can be learned from this version of the story after all, in regards to free will and how a balance between protecting this and being protected from this is a very difficult thing to achieve. That is a debate relevant to almost all societies to this day — the constant struggle between protecting individuals right to speak and act, and protecting those this may harm. 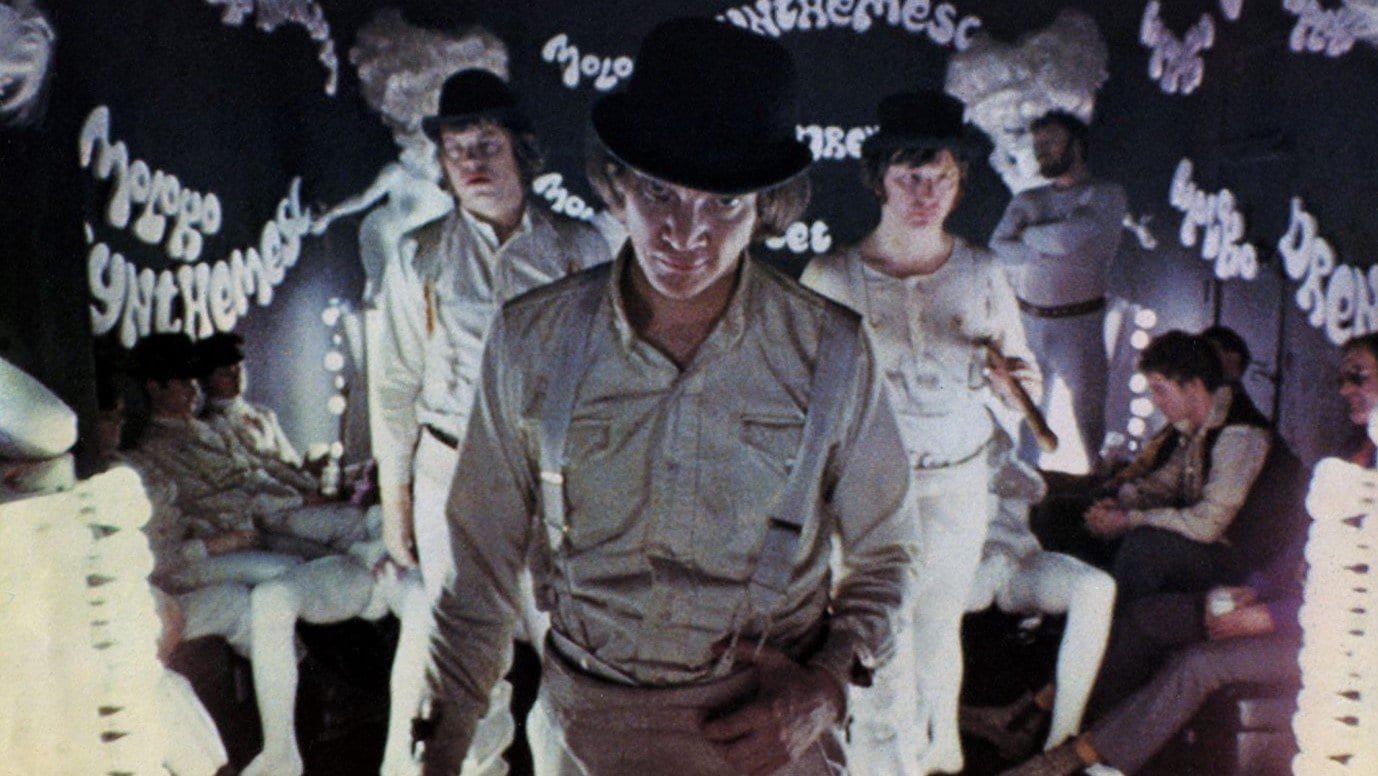 When you learn of the Clockwork Orange story — indeed be it via the book or the film — you can’t help but be impacted into thinking much more about the effect your actions may have on others, and also yourself. The cyclical nature of the book embodies theories such as karma and redemption and allows audiences to feel empathetic towards the main character, despite his flaws and indiscretions.

Interestingly enough, Burgess didn’t want A Clockwork Orange to be his main legacy, but all the same, he is best remembered for this dystopia, which became his most famous work after his death. The reason for this is that A Clockwork Orange is able to have a lasting effect on almost all of us. We have all experienced situations where something we have done in the past has come back to impact us in a new way or a decision we made led to many things we could not have anticipated. In addition to this, Burgess uses these relatable situations and spins them into things unrecognisably crude. He uses this basis to create scenes both shocking and intriguing. He manipulates you into feeling emotionally invested in Alex, then shocking you by the violent nature of his actions. This creates an intense emotional reaction in readers of the book and indeed viewers of the film, making the messages from A Clockwork Orange very difficult to forget.

The parting questions the film raises over free speech and the impact your actions can have on others is what makes this story so impactful. Kubrick taking on the adapted ending also meant that both endings are now seen as canon, and as an audience, we are able to appreciate the lessons that both of them have to offer.

Although it can be said that Kubrick’s ending is devoid of the truthful and raw meaning intended originally by the author, I believe both versions contain valuable insights into morality in society. However, in order to experience the full impact of what Burgess was trying to convey, I would suggest to those of you who enjoyed the film, to also read the original version. It can be a struggle with all the made-up language and difficult phrases, but to any of you enchanted by Kubrick’s version of this story, I would recommend it.

Politics graduate based in the UK. I'm passionate about writing so I can usually be found buried in ink and paper. Proud writer for 25YL!