Even within the very strange world of rock movies, Pink Floyd, Alan Parker, and Gerald Scarfe’s celebrated 1982 multimedia progressive rock opera Pink Floyd: The Wall is a unique experience. It exists as the place where the structural and narrative concerns of an album and a feature film converge. For an album, Pink Floyd: The Wall is very cinematic, but as a feature film it’s very loose-knit and free-associative. The inclusion of both live-action sequences—some of which are surrealist and others more literal—and of often intensely disturbing and wildly imaginative animated sequences set apart the film as an oddity within almost every genre it touches.

The film has many narrative echoes of Ken Russell‘s Tommy. Both films begin with the wartime deaths of the protagonists’ fathers, and there is also something deeply Ken Russell about the way the film appropriates and satirises fascist iconography. The loosest expression of the narrative is that it follows the fictional rock star Pink (Bob Geldof), as he ruminates in isolation on chapters in the life that has led him to where he is now, exploring the various traumas that compiled the defenses he has built around his psyche.

These traumas range from the loss of his father, his memories of the blitz, his alienation from his mother—who is variously depicted as emotionally detached and as smothering—his experiences of the school system, his own internalised misogyny and how it has festered following the dissolution of his marriage, and the dehumanising effects of broader social maladies like consumerism, mass media, authoritarianism, and fascism, ultimately leading to his descent into depression and addiction.

For much of its runtime, these themes are treated with shockingly provocative imagery. “Another Brick in the Wall Pt. 2” depicts the school system as a slaughterhouse-cum-concentration camp. The all too brief sublime nightmare of “Goodbye Blue Sky” depicts the blitz with harrowing efficacy. Faceless children are corralled into meat grinders and Teutonic Eagles rake the landscape with their talons, leaving bloody scars and grotesque horrors in their wake.

The juxtaposition of the music and visuals in these scenes is among the most effective put to film, worthy of a darker and more mature Fantasia. Between them, Roger Waters’ compositions and Gerald Scarfe’s animations create a magnetically perfect vision of the darkness within humanity’s soul. I only wish some of these sequences were longer. “Goodbye Blue Sky” in particular features one of the best compositions and easily the best animation of the entire film, but is all over in just two minutes.

This dense tapestry of trauma and emotional instability gradually builds to the film’s centrepiece: “Comfortably Numb.” The track is possibly the best and most direct from a storytelling perspective. It is also the point where the different media expressions most coalesce to form the film’s narrative. The track dramatises an exchange between Pink and a doctor cleaning him up to go back onstage, with the choruses from Pink’s perspective and the verses from the doctor, one of the many characters through whom Waters sings throughout the film.

Where the film does admittedly start to lose its way is in the last third, as Pink finds himself drugged and conscripted into being the figurehead for a fascist revolt, whipping his fans up into a frenzy and sending them out onto the street to assault and rape gay and interracial couples and burn down non-white homes. There are really two ways in which I read this sequence, and neither fully satisfies in terms of the film as a cohesive vision. The first is as part of Pink’s personal narrative. The fascist-Pink is explicitly there in his place, standing in when he is unable to appear for a show. His addiction and emotional dissolution have shut him off inside a prison of his own mind, leaving him only as a vacant mouthpiece for the worst influences of the powers that be to use for their own ends.

As in America today, Britain was seeing a resurgence in far-right politics at the time and this sequence can be read as expressive of Pink’s fears of what his absence from the stage and abdication of his power to steer culture—as the figurehead of an artistic movement—would mean for society at large. This leads into the second interpretative direction: that it merely is a broader sociological outpouring of anxiety at the rise of the far-right that seeks only to proffer a vision of social devolution where the roots of the same fascist influences that Pink’s father nominally died to defeat are allowed to grow. It’s a vicious and uncompromising attack on the National Front and groups like them seeking to pervert patriotism and unity into homophobia, racism and authoritarianism and to foster hate crimes.

I don’t think the sequence quite works in either way. Firstly, it feels so disconnected from the personal narrative at the centre of The Wall, and secondly, I think the use of fascist iconography is way too open to reinterpretation by actual fascists. For instance, the animated sequence with the marching hammers, showing the hammers marching on and on and on set to the dramatic scoring, though intended to evoke horror, actually kind of gets you pumped up as well. Perhaps this was done intentionally as a means to spotlight the efficacy of fascist iconography, even with the most nightmarish or ridiculous of connotations, but even so, I consider it somewhat carelessly implemented. The sequence goes on so long that it inevitably starts to lose whatever contextual associations it began with and becomes less an image of violence, inhumanity, and uniformity than one of unity, force, power, efficiency, and strength. The same attributes fascists want to be associated with. 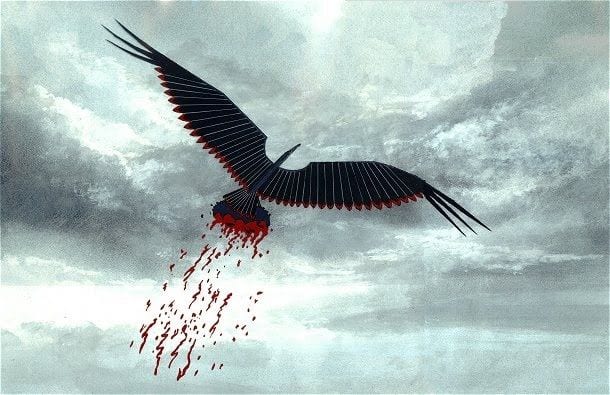 This ultimately leads to a rather paradoxical state where this segment is both much too long—it really takes over the movie in its last third—but also too underdeveloped and presented without sufficient commentary from the narrative as a whole. One could almost remove it and Pink’s story would continue unaffected. The parallels between fascism and rock stardom—though they are certainly both built on the same cult of personality, and the rock scene of the late seventies was not without its share of Nazi sympathisers—don’t really work when burdened with such specificity and treated with such violence. I do appreciate the film’s incendiary motives to expose fascism within British society, but I do think the film doesn’t quite put the work in to reconcile this comment with the story as a whole.

Certainly, neither do films like The Producers or Lisztomania either; however, their comedic tones ensure that this is less of a necessity. Their comic reinterpretation of fascist iconography—though it does risk trivialising fascism—is less vulnerable to fascist re-appropriation. Any self-respecting white supremacist would have a hard time feeling empowered by Paul Nicholas’s Hitler-Wagner-Frankenstein’s monster as he stomps around Berlin.

There are times like this where the film, in both its minutiae and its broader scope, can feel a little dissatisfying, and there are some points where the film doesn’t quite sell the intensity of its imagery. “Another Brick in the Wall Pt. 2” is perhaps the best example, where the concentration camp parallels can certainly feel rather facetious. My parents are both teachers and they loathe Pink Floyd for putting the phrase “we don’t need no education” into the popular lexicon, missing perhaps that “education” should really be in quotation marks. Certainly, there is a link in the form of the institutionalised authoritarianism and mentality of violence and conformity, but the film itself doesn’t quite justify making such a link in the way that a film like The White Ribbon does. 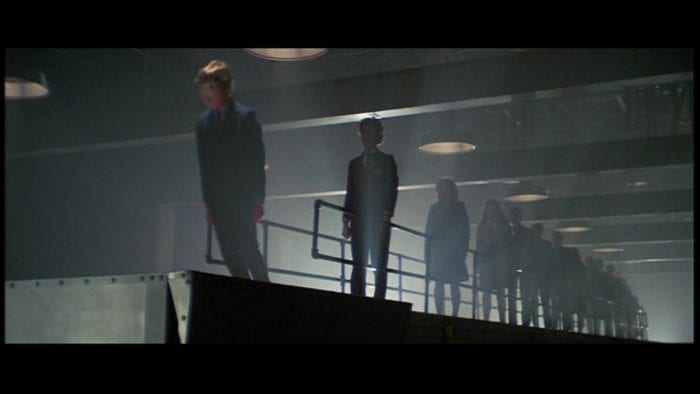 However, despite—or perhaps because of—these complexities, Pink Floyd: The Wall remains to this day a uniquely challenging and provocative artistic vision. It is an extremely naked and sincere exposure of the ugliness and dysfunction within both British society and its creators’ own psyches, exploring a generation of men that were made fatherless by war and only partially ripped free from institutional certainties, leaving them with a vicious co-dependence upon whatever remains. Whatever flaws it has come as a desire to expose the worst-case scenario of the insides of one’s own mind. However compelling or otherwise one finds these themes, the audacity and virtuosity displayed by the film’s disparate creative heads are hard to deny, and its magnetism hard to resist.