Writer-director Ari Aster made one of 2018’s best films with A24’s Hereditary. Anchored by a groundbreaking performance from Toni Collette, Hereditary was a thought-provoking terrifying journey into Hell. Ari Aster concocted and perfectly executed one of the most memorable horror films of all time. Much like Jordan Peele, Aster managed to do so with his first feature. Expectations for his new film, Midsommar, could not be any higher. With the first full trailer released today, the anticipation for the upcoming A24 horror film is reaching a boiling point. So much rides on an artist’s second project. Was Hereditary lightning in a bottle or will Midsommar show that Ari Aster is here to haunt our nightmares for as long he wants?

If today’s Midsommar trailer is any indication, Aster and A24 are just getting started. Much like Hereditary, the trailer for Midsommar leaves expectations open to be subverted. The trailer feels like Robin Hardy’s British horror classic The Wicker Man (1973) for the Coachella crowd. The cinematography is extremely sunny, the opposite of what many expect from a horror film. Still, audiences should not go in expecting the feel-good hit of the summer. Aster has described Midsommar as a “breakup” film, but he also cited Hereditary as a “family tragedy.” Neither statement is false, but probably not the first descriptors that come to mind. 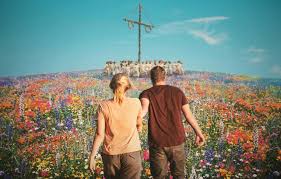 Little is known about the plot of Midsommar. Dani (Florence Pugh) and Christian (Jack Reynor) play a couple who are on the verge of breaking up but some kind of tragedy keeps them together. Christian’s friends all think he should break up with her. Christian has his summer plans already made. There is a special mid-summer festival in a small Swedish village that happens once every 90 years. The plan was to break up with Dani and go alone, but after the tragedy, she comes along to Sweden with Christian.

From there, it’s only everyone’s guess as to what exact horrors lie in store for audiences in Midsommar. From the glimpses in the trailer, it’s going to be one hell of a ride. It’s no surprise that there’s something sinister going on at this festival, the question is what. Once at the festival, Dani, Christian, and friends seemed to have entered a different world. It actually doesn’t look like a festival at all, but a commune. It’s so idyllic that the sun never sets and the sky is the most beautiful of blues. The people at the festival, other than the travelling American friends, are all dressed in white. They are surrounded by pagan looking structures, dancing and laughing. 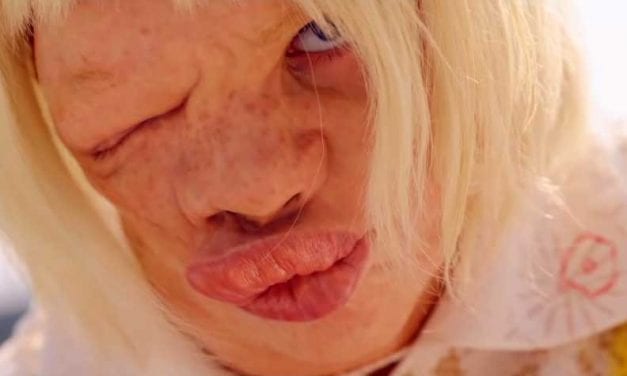 Something evil is lurking just underneath the surface in Midsommar. Whatever psychological trauma Dani has already gone through seems to be purposefully triggered during the festival. As it becomes clear that their lives are in grave danger, the idyllic mountain setting becomes a nightmarish prison. Part of the festivities include drinking some un-named hallucinogenic drink, which invokes immediate terror from Dani. There is a very “Jonestown” like quality to the proceedings, evoking Ti West’s The Sacrament (2013).

The Midsommar trailer builds in much the same way as Hereditary. Trauma that leads to psychological torment and anguish, that is then followed by extreme visceral horror. The Hereditary trailer also brilliantly subverted audiences expectations. It’s hard to imagine A24 would use a different method, so expect the unexpected. What exactly Ari Aster, A24, and Midsommar have in store for audiences is anyone’s guess, but the trailer is highly effective in creating an atmosphere of building anxiety that turns into sheer terror.