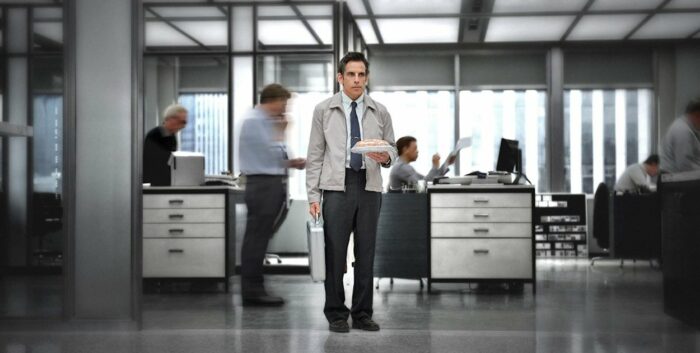 Ever since innovators and filmmakers like Georges Melies took the first moviegoers into outer space with A Trip to the Moon in 1902 and the way of Jules Verne with The Impossible Voyage in 1904, the artistic medium of cinema, since this infancy, has been about the imagination to make fantasy come alive. Some of the most unforgettable moments in film are those that come from imagination and dreams, elements that bend reality to suit its story and richly entertain.

Where would be without that door opening from a sepia-colored farmhouse to a colorful land of Oz in 1939’s Wizard of Oz, let alone the rest of the movie’s tale? Where’s the fun if you take out the Stay Puft Marshmallow Man from Ghostbusters? The list of influential imaginative dreams in cinema is endless, from the flights of fancy of films like Amelie, Big Fish, Being John Malkovich, and The Princess Bride to the darker overtones within titles like Fight Club, Donnie Darko, The Matrix, and American Psycho.

If you need another list, check out What Culture‘s list of “10 Movies That Remind You Imagination is Wonderful.” Face it; fantasy is what movies were made for. Theatre is great and all, but there is no better place to bring dreams alive than on the silver screen. With the advent of more and more advanced special effects, fantasy and reality can have smoother seams.

Dream sequences no longer have to look like a Wayne and Garth dissolve from Saturday Night Live. They can aim higher, go bigger, and still be in the tradition of Melies, Spielberg, Tim Burton, Terry Gilliam, Christopher Nolan, and other fantasy-driven filmmakers. It is in this long line of artistically realized dreams that The Secret Life of Walter Mitty, the remake directed by and starring Ben Stiller, succeeds in a wondrously entertaining and affecting way.

Directing his fifth film and first since the purposely over-the-top Tropic Thunder from 2008, Ben Stiller turned the macho dial way down and took his shot at loosely adapting the famous 1939 James Thurber short story that was previously made into a film starring funnyman Danny Kaye in 1947. Screenwriter Steven Conrad, whose credits include The Pursuit of Happyness and The Weather Man, traded in Thurber’s original satiric slant for a more serious one that fits the internet age.

Stiller stars as Walter Mitty, a young-looking forty-something who has worked as a photo negative processor for Life magazine for the last 16 years. Like most print media nowadays, paper is becoming paperless, and Life is going digital and downsizing. Led by an incoming takeover/transition team headed by Ted Hendricks (a villainous Adam Scott), the last print issue is due out in two weeks, and jobs will be subtracted as necessary.

Though he’s got a comfortable downtown job and a loving mother (Shirley MacLaine, perfectly cast) and sister (Kathryn Hahn), Walter has never done too much of anything spectacular in his life. He can barely formulate a viable eHarmony profile, much to the joking chagrin of Todd Maher, one of their customer support specialists (Payton Oswalt). Walter lives mostly in his space-out moments of elaborate daydreams. Lately, they’ve either been centered around getting the attention of a cute new employee at work named Cheryl Melhoff (Kristen Wiig) that he has a crush on or his douchebag new boss Ted threatening his job. 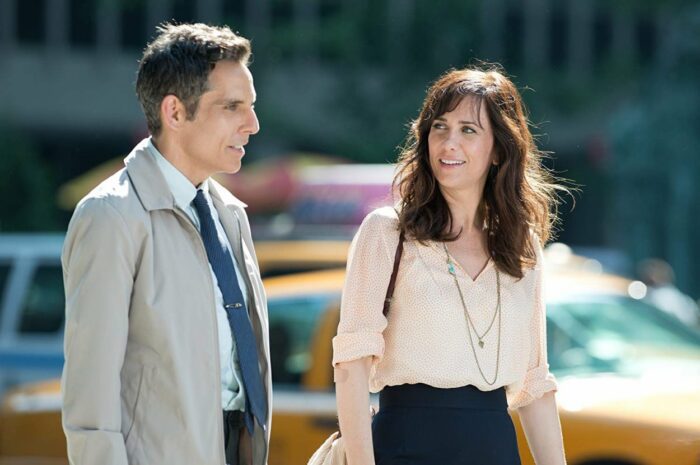 Too often, daydreamers are cast in a negative light, and some are even judged so far as to be diagnosed as having attention deficit disorder.  The film wisely asserts that all daydreaming and spacing out isn’t a bad thing.  It’s natural imagination at work and where much of inspiration to act forward in life starts.

When Walter cannot locate a valuable negative from renowned field photographer Sean O’Connell (a soothsaying Sean Penn) that is deemed “quintessence” and vital for the final Life magazine cover, Walter gets motivated enough to solve the mystery and embark on his own adventure to track the photograph down. In doing so, all he ends up thinking about is Cheryl. This opens up the real reason for The Secret Life of Walter Mitty, that being turning dreams into reality.

According to the Merriam-Webster dictionary, one definition for “quintessence” reads “the essence of a thing in its purest and most concentrated form.”  In the words of Sean O’Connell, this anointed and important film negative that Walter is looking for embodies the quintessence of what Life magazine stood for.  When you see it, you will agree that O’Connell picked a winner.

Walter, even as a daydreamer, isn’t a slacker.  He’s a man of responsibility.  In the film, he’s in the process, as the oldest child, of coordinating his mother’s move to a senior living center.  He has to see that through.

Moreover at work, this final cover is important.  It’s his job and responsibility to get it right.  Failure would undermine the magazine and the value of his longtime job.  That responsibility to see a job through to the end motivates his adventure as much as trying to catch Cheryl’s eye.

Hopping the globe from one raw and beautiful location to another, Ben Stiller, as the director, and his Oscar-nominated cinematographer (The Piano, The Great Wall) were awfully busy giving the internal daydreams and external adventure the widest landscapes possible. The film is gorgeous to look at and has the clever and seamless special effects necessary to pull it all off.

As an actor, Ben Stiller put the zany characters like Tugg Speedman and White Goodman away for a movie and showcased just how personable he can be as a leading man and a romantic lead. He formed a respectable and chaste affection for Wiig’s Cheryl that’s very natural rather than forced like so many other movie romances. Stiller had not been this normal and composed since 2000’s criminally under-appreciated Keeping the Faith. This, along with the little-seen indie Greenberg from 2010, is arguably the best he’s ever been as an actor because he gives us a genuine performance and not another wild character.

Cynical folks and a great many high-brown critics are going to try and poke holes in The Secret Life of Walter Mitty for plausibility. They will be missing the point entirely. This is a film about a guy that daydreams to become inspired. We get to see those dreams acted out from time to time before the character makes his own adventure. If the film feels a little weird, it’s supposed to. If it meanders like its main character sometimes, it’s supposed to. It’s far from a perfect film, but it accomplishes what it set out to achieve and does so with the right dash of wonder and style. Hats should be tipped that a film did this story for a PG rating without sacrificing humor and sophistication for toilet humor and vulgarity. Those lofty folks need to stop judging and let themselves dream again and appreciate that effort for once at a movie.

One cannot let their imagination and creativity begin and end with daydreaming and imagination.  You have to go out and live out some of those fantasies, even if they lead to failure or mixed results or even if they come off as stupid to other people.  Life is about experience more than ideas.  You have to take your shots to act out those dreams that could define your life moving forward.  Stiller took one hell of a composed shot here with The Secret Life of Walter Mitty and it deserves to be celebrated.