You can tell a lot about someone by asking them what their favorite Tim Burton movie is. He’s one of the defining auteurs of the ’90s with dozens of successful and imaginative works to choose from, all of which carry his distinctive tone and style. If they tell you they love Beetlejuice or Edward Scissorhands, they’re likely drawn to his early period, defined by psychedelic world-building and a certain outsider mentality. If they cite Batman or Batman Returns, then they’re likely in favor of the gothic art direction he brought to that particular universe, or how he helped define the modern superhero film by thinking outside the box.

Maybe they’ll bring up Ed Wood or Big Fish, in which case they might engage most with his more grounded (for him at least) and dramatic work, where he uses his signature outlandish visuals and characters to tell stories about dreamers like himself, and the people they impact along the way. And if they tell you their favorites are Alice in Wonderland or Dumbo, then you’re likely dealing with someone significantly younger who prefers empty spectacle over emotional resonance, and you would do well to expose them to films possessing artistic merit on the double.

But sometimes, as happens more often than you might think, you’ll have someone inform you that their favorite Tim Burton film is actually The Nightmare Before Christmas. Certainly not a bad answer, but whenever I hear this, I can’t help but mentally facepalm. It’s an easy mistake to make: everything about the look and feel of the film screams his name, and if that weren’t loud enough, his name is also prominently featured in the very title. Promoted around the world as “Tim Burton’s The Nightmare Before Christmas”, and featuring all the monochromatic spirals and Danny Elfman-scored jubilance that have come to define his aesthetic, you can forgive most casual viewers for not staying a few seconds after the end to read the four little words that initiate the credits: Directed by Henry Selick.

Whose Film is it Anyway? 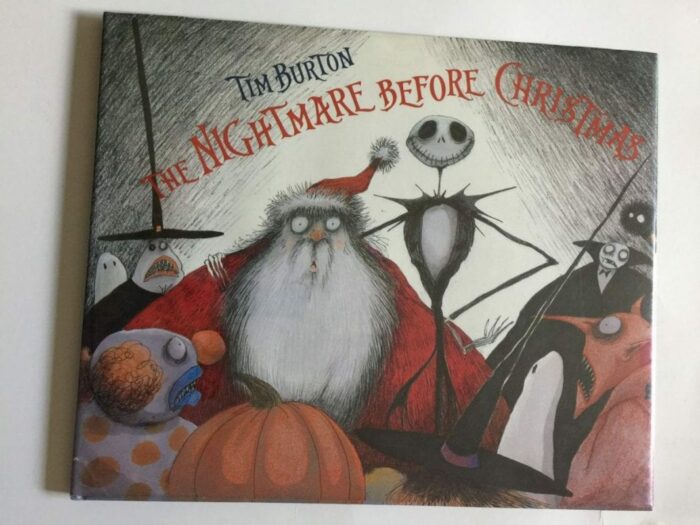 This point has been brought up many times before by smarter individuals than me, but I always feel like it bears repeating. The Nightmare Before Christmas is not a Tim Burton film. At least, not in the traditional sense. Based on a poem Burton wrote back in 1982 while working at Disney, it was loosely inspired by similar holiday touchstones like Rudolph the Red-Nosed Reindeer and How the Grinch Stole Christmas! (the poem itself was later published as an illustrated children’s book to coincide with the release of the film, see above). Of course it had an extra Burton-y twist: this was a story sympathetic to a creature from Halloween Town who discovered Christmas the same way one might discover an exotic new culture. And like most white explorers who are fascinated by something foreign and unknown to them, he quickly decides to steal it and appropriate it for himself (though likely not intentional, there is a subtle colonialist undercurrent throughout the story that hasn’t exactly aged well).

The project floated around at Disney, who considered it as a 30-minute animated holiday special before deciding it was probably too dark for the kiddos who make up its primary target audience. So Burton went off and established himself as a visionary filmmaker with Pee Wee’s Big Adventure, Beetlejuice, and Batman, before returning to Disney (who still had the rights to his story) and seeing if they might be more interested now that he was a bigger name. This time around, they were much more receptive.

The film was reconceived as a stop-motion feature, and the pre-production wheels started turning in earnest. But Burton found himself unable to direct, as he was already contracted to direct Batman Returns, and was also prepping Ed Wood as a more intimate follow-up. He simply didn’t have the time to be hands-on with a project of such scale (the rigors of stop-motion animation are such that despite being only 74 minutes in length, the film took roughly three years to physically produce). He would need someone to take over the reins in his stead while his attention was otherwise occupied.

The Nuts and Bolts of Production

Enter Henry Selick, a fellow Disney alum who had already proven himself with a few stop-motion shorts, and perhaps more critically, shared a decidedly similar artistic sensibility. Selick understood how the gig worked: Disney wanted to use Burton’s name and current hot-shot status to sell the film, Burton presented the story and primary characters and would serve as a producer, and it was essentially Selick’s job to direct the film as though it were a Tim Burton production, while still making all the day-to-day decisions required to actually bring it to life. Burton’s primary contribution to the film was his “brand”, so to speak, which the production team was enabled and encouraged to stamp over every aspect. His breakout short film, a stop-motion delight called Vincent, was especially influential in crafting The Nightmare Before Christmas’s uniquely twisted visuals, which feel like Dr. Seuss by way of German expressionism. Burton also collaborated with Danny Elfman on the story beats that would inform the legendary musical numbers, and final approval for character and set designs, but otherwise, this was Selick’s show to run.

In a 1994 interview with Sight & Sound, Selick conceded that “I don’t want to take away from Tim, but he was not in San Francisco when we made it. He came up five times over two years, and spent no more than eight or ten days in total.” Fortunately for Disney, Selick’s own directorial style isn’t really too far away from Burton’s in the first place, so for most filmgoers the distinction is barely felt. This question of authorship also gets into the prickly subject of “auteur theory”, where a single creative individual is publicly acknowledged as being responsible for the overall piece, despite the input from hundreds of talented men and women whose labor allowed it to exist in the first place. If you subscribe to the concept that whoever came up with the initial vision and initiated the project in the first place deserves artistic ownership, then it would be Burton without a doubt. If, however, you feel that honor should be bestowed on the person who was there on the ground, putting in the work every day to bring it into the world and imbue it with the personality that will ultimately define it, then I would argue Selick deserves that credit.

Burton and Selick: The Later Years

Admittedly, in this particular example, Burton and Selick’s stylistic preferences are so similar that the question of who ultimately contributed most to the final product is far murkier, and I’m sure neither are interested in exhaustively recollecting who made what decision throughout the creative process. So perhaps the most informative place to look is at both men’s further ventures. While Burton has no doubt stayed prolific and has built a commercially successful oeuvre, it’s hard not to feel that his best work is behind him. In the last decade or so especially, his signature blend of darkness and whimsy has been all but stamped out, replaced by CGI overkill and forced quirkiness that lacks the more personal touches of his earlier films. Most notable, perhaps, are the two stop-motion films he did go on to direct: Corpse Bride and Frankenweenie. Both films no doubt owe their greenlights to Nightmare’s success, and while your mileage may vary on their individual quality, both can’t help but feel like attempts to recapture that lightning-in-a-bottle quality (Frankenweenie’s plot even revolves around literally capturing lightning).

By contrast, Selick has only made a small handful of features since The Nightmare Before Christmas. But with the exception of Monkeybone (which uses a more experimental blend of live-action and animation), he has continued to work almost exclusively in stop-motion. His two most notable ventures being James and the Giant Peach (also a live-action hybrid, but with far more emphasis and screen time placed upon the animated segments), and Coraline, which uses its kid-friendly exterior to mask the kind of visceral horror only hinted at in his previous work. While both are adapted from similarly infamous creative voices (Roald Dahl and Neil Gaiman, respectively), there is a distinctive style running through that carries over from Nightmare. Selick’s films feature immaculate technical prowess and boundary-pushing animation, an awe for the mysterious and the undiscovered, a sharp contrast between their respective “real worlds” and fantastical worlds, and a sympathy for outsiders in search of meaning, a way to express themselves, or maybe just a family.

Where Does This Leave Us? 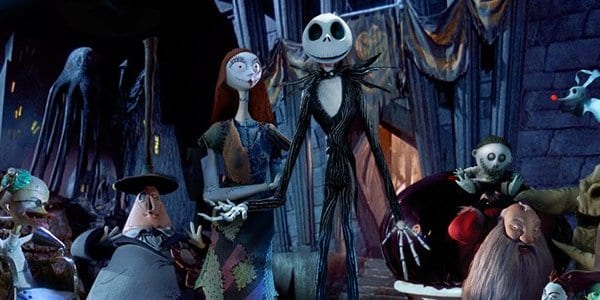 Is it fair to judge the creative authorship of The Nightmare Before Christmas on the films these two men made after the fact? Not exactly, but it does perhaps shed light on how we can tell their voices apart. So when someone tells you that this is their favorite Tim Burton movie, are they wrong? It does carry all the qualities that have made him a household name and a unique storyteller for decades. They’re certainly not wrong if it’s one of their favorites in general: between the iconic musical numbers, the memorable characters, and the sheer imagination in every aspect of the world-building, it’s an absolute treat from start to finish.

But to give Burton full credit feels disingenuous. Like saying that District 9 belongs to Peter Jackson because he produced it and helped to market it. Or further still, like saying Joker belongs to Martin Scorsese because his own style is felt throughout the film despite the fact that he played no hand in the actual production. The director’s job, no matter where the project originated from, is to provide a sense of, you guessed it, direction as it goes through the trials and tribulations that film production can bring. To keep it unified so that the efforts of dozens and dozens of craftsmen cohere into a single story that feels like it’s told by a single storyteller. If someone tells you their favorite Tim Burton film is The Nightmare Before Christmas, you don’t have to tell them they’re wrong. But maybe gently remind them of the director Henry Selick, who was there every day to make all the little decisions that helped shape this film that they love so much.

Myles Hughes is a writer, actor, and independent filmmaker. A lifelong cinephile and a self-proclaimed dork, his fiery passion for movies and things that go bump in the night knows no bounds. He currently resides in Florida, but don't hold that against him.