One of my favourite and very fitting for life right now quotes is from Horse_ebooks, way back in 2012: Everything happens so much. That’s kind of the mood right now, isn’t it? It’s a hard balance between wanting to stay up to date and informed on current events and wanting to just completely shut off for a few hours. That’s totally okay to do, we all need to recharge our batteries. Some people read a book or take up knitting; as for myself, I watch movies. Movies that make me feel a sense of peace or joy or just generally put me at ease. I’d love to hear what your cozy movies for quarantine times are, so feel free to yell at me on Twitter. 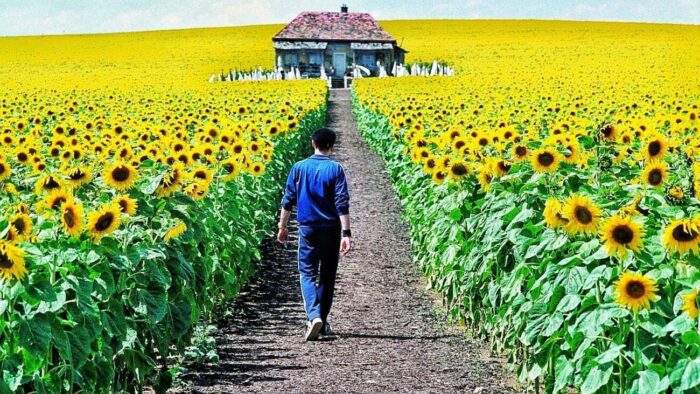 You’ll find a common theme among movies I like in general and that’s colour. As a kid, I quite fancied becoming an artist and I think part of that has kept with me in regards to what movies I watch. Most of the backgrounds in this are muted, while the characters pop out with reds, blues. Everything Is Illuminated is based on the novel by Jonathan Safran Foer and stars Elijah Wood as he heads off to Ukraine in search of his family’s past.

Partly fiction, partly autobiographical—it feels both personal and a bit fantastical (mostly in regards to the above sunflower field) but it’s generally realistic. Like a friend coming over to tell you a story you’ve heard many times, and each retelling is a little bit different but no less interesting. I love how awkward the dialogue is because it feels genuine to the situation at hand and how these characters relate to one another. Also includes the legendarily ridiculous role of Alex by Gogol Bordello frontman Eugene Hütz. (Side note: I highly recommend checking out their music, it’s infectious and extremely high energy!) 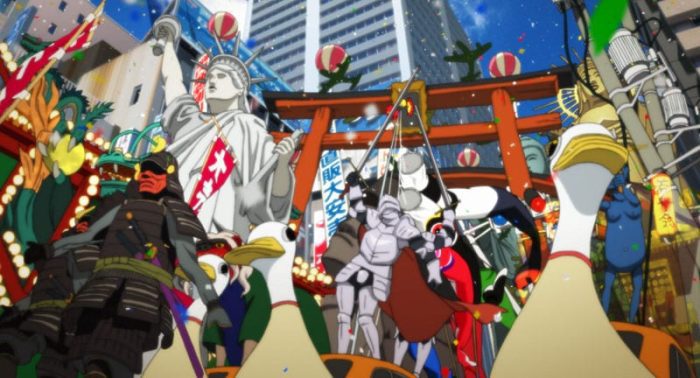 I fully admit I’ve watched Paprika over a dozen times and I never get bored with it. The blending of dreams and reality is a theme I love and it’s taken to the best kind of extremes here. It’s about a technology that allows you to share people’s dreams, but things get a bit muddled as they always seem to do. It also touches on how the serious parts of your personality and the imaginative don’t have to be separate, they’re both parts that make up the person you are.

The care and details put into every animated frame are frankly mindboggling, with the soundtrack by Susumu Hirasawa fitting perfectly; joyful vocals, experimental instruments, the works. Did you know it was one of the first soundtracks to a movie to use a Vocaloid? I can’t believe this came out all the way back in 2006, it still feels as fresh as the first time I saw it.

Cozy movies have a fantastic way of holding memories like a time capsule, don’t they? I distinctly remember singing the pop medleys from Moulin Rouge with my friends in high school, driving much too fast down small bumpy roads with not a care in the world. When I rewatch this I’m transported back into that headspace, the highest highs and lowest lows of being a teenager. 15 years later (good god that makes me feel old to say) it can still make me laugh and yell lyrics as wildly as I did then. The ending is still quite sad, but that’s all part of the ride for me because sometimes you need a good cry as well as a smile. 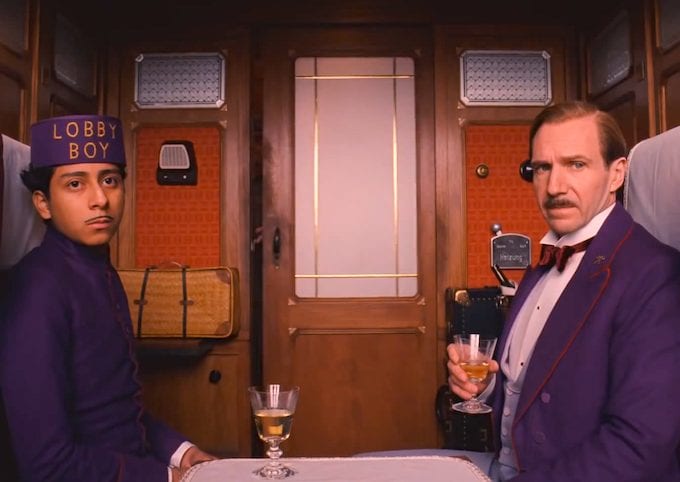 The Life Aquatic with Steve Zissou held the title for my favourite Wes Anderson movie for years until The Grand Budapest Hotel came along, barreled right through that, and cemented itself into my brain. I’m sure some people consider all his films to sort of blend in with each other stylistically with all his trademark camera angles, soft pastel colours, and recurring actors. I agree with this somewhat but believe each brings something new to the table. For Budapest it’s the different time periods; the retelling of the story and flashbacks (and present-day) all use a different aspect ratio and I absolutely love it. The main chunk being in the Academy Ratio and to someone like me who did not grow up with movies looking like this, it gives it an old fashioned quality that makes me feel a bit fancy.

I’m definitely in that crowd that thinks of The Wachowski Sisters Speed Racer as underrated. Personally, I don’t think any other film has come this close to being a real-life cartoon. Yeah, some of the jokes are…bad, but it’s also for kids so I can’t really blame them for that. The races feel incredible with a great sense of speed and easy-to-follow action. Obviously, you know Speed Racer is going to win, but it’s so entertaining to see how he gets there! Plus it’s full of great performers, like Susan Sarandon and John Goodman and Mom and Pops. There’s a fight scene in this that’s so iconic to me. The snow transforms into action lines as they swing at each other, creating a beautiful visual smear that plays directly with the retro cartoon vibe. It’s…*chef’s kiss*.

Okay, how about you just want something to put on the TV in the background. Nothing you super need to focus on but looks great, sounds great, AND is fairly long? Boom, Amadeus. Considered one of the greatest cozy movies of all time (by myself included) with gorgeous sets, costumes and of course the music of Mozart. If you’ve never watched it before I encourage you to of course pay attention! It’s quite a beautiful story chronicling the fictional relationship between Mozart and fellow composer Salieri. But for the most part, it’s similar to The Grand Budapest Hotel for me—it makes me feel very fancy and the general vibe calms me down.

Movies can transport us to so many different places, give us out of this world experiences and make us feel things like nothing else. And that’s sometimes what’s needed most right now–a break from reality. For a little while, at least.

Lor is the resident Indie Game Outreach Expert (patent pending) of 25YL Gaming who will talk your ear off about Wholesome games and Roguelites.