Welcome to my column dedicated to the appreciation of physical media supplements called: Feature Presentations. The goal of this column is not to say whether a film is good or bad and worth picking up or not—I would like to highlight the discs that go the extra mile and provide film fans with enough tasty tidbits to satisfy even the hungriest of cinephiles. With all that out of the way, today’s article will focus on the Umbrella Entertainment release of Super Mario Bros. 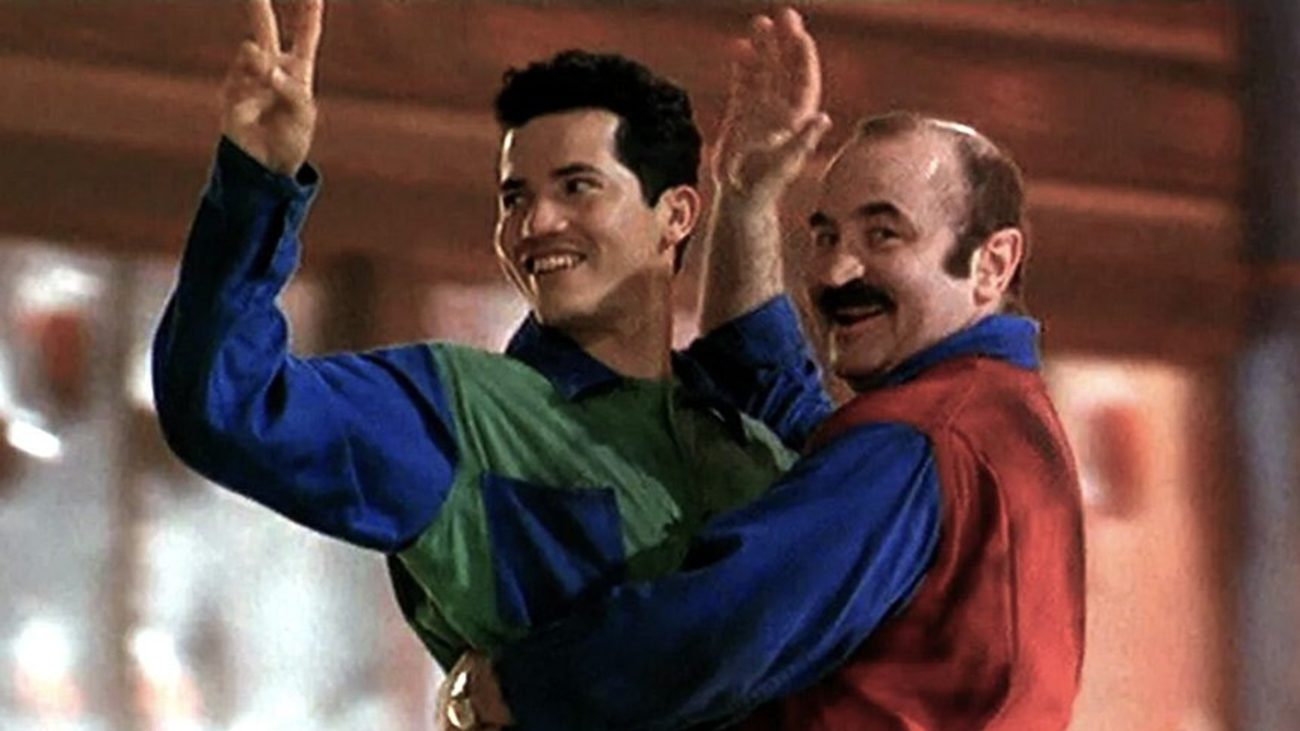 We are currently living in a renaissance period of Nintendo without realizing it. After the failure of the Wii U, Nintendo was no longer the de facto leading innovator in video games; the crown was tussled about between Nintendo, Sony, and Microsoft. Nintendo did not sit by idly, watching other video game conglomerates take over during a down period in the company’s history. Instead, they came back with a vengeance, and boom: the Nintendo Switch. And Nintendo didn’t just come back with a revolutionary gaming system; they brought back their mascot, Mario, and launched him and gamers alike into another gaming stratosphere. As this peak period in time is scheduled to continue with the release of an animated Mario film later this year, I felt it was only appropriate to travel back to 1993. Why? 1993 was the other time Nintendo found itself having to fend off an onslaught of competition and changing times and a Mario movie in the works.

1993 was a weird year for video games as the fourth-generation consoles were nearing their expiration dates, yet it would be another year or two for the world to experience the next level in gaming (pardon the pun). Nintendo was still the king of video games with the Super Nintendo, but Sega was no slouch with their Genesis. As the sun began to set on gaming cartridges, and discs with expandable memory were on the horizon, the last gasp of old-school gaming was nearing the end. And what better way to send off this era than by turning one of their games into a movie. Which game would get the cinematic treatment? Mario and his brother, Luigi.

Now, I don’t have the time or strength to dictate the immense trouble that plagued the Super Mario Bros. film. Between rewrites, cast and crew changes, more rewrites, a lack of direction, and more rewrites, one could author a thesis on the film’s troubled production. Long story short, the film was a mess, and no one was happy. When the production is this miserable and directionless, one might assume the physical media release will mirror those feelings, right? Well…

You know the story by now. Super Mario Bros. was the first video-game-to-film adaptation and failed miserably. The film made back less than its budget, roasted by critics, lambasted by those involved with the movie, and such a disaster that Nintendo did not allow another live-action adaptation of their intellectual property until 2019’s Pokémon: Detective Pikachu.

If you’re a cinephile or physical media collector, the term “boutique label” gets thrown around. There are large labels that a casual film fan may recognize, including Shout! Factory, Arrow Video, or Criterion. Beneath these are numerous, smaller labels that might fly under people’s radar. One of these, Umbrella Entertainment, out of Australia, is an unsung boutique label that requires your attention if you are a physical media collector. I don’t want to go into their catalog, as this is about one specific release, but they are a company you should have your eyes on for physical media. 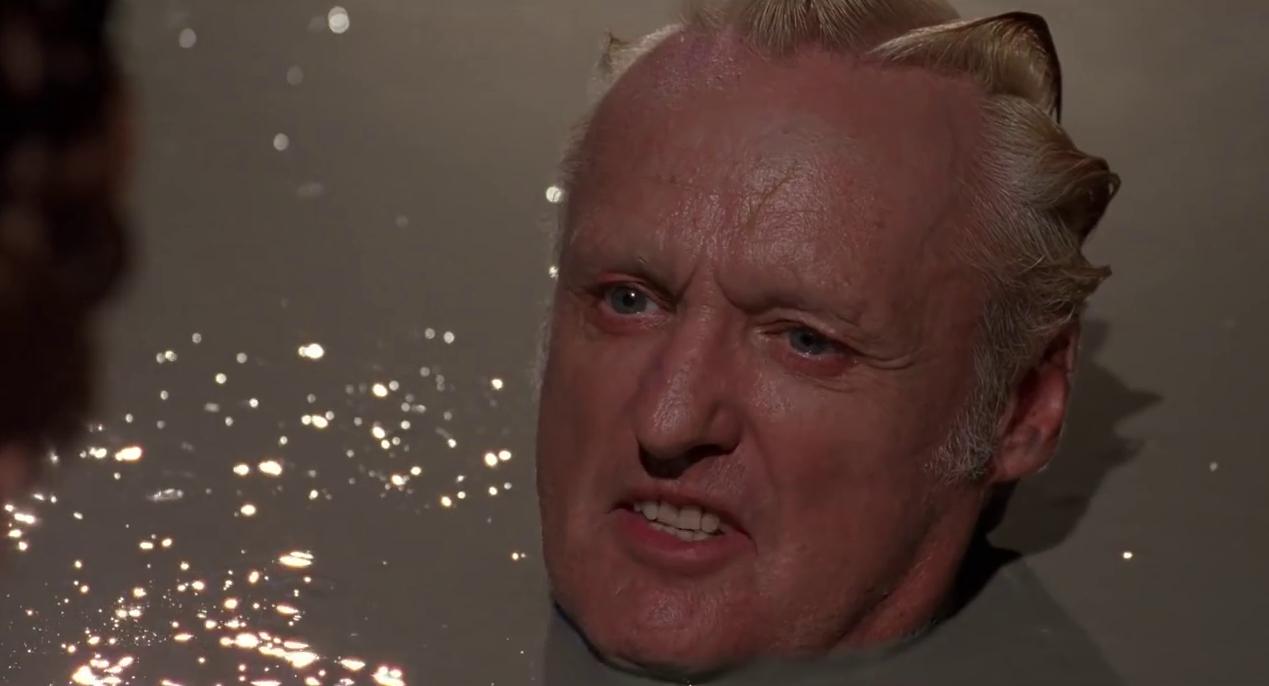 Umbrella Entertainment knew about the dumpster fire that is Super Mario Bros. and paid those reactions no mind. They took the video game adaptation and gave it more love than it (possibly) deserved. Whether you are a hater of the film or someone who finds it a misunderstood masterpiece, it would be a safe bet that a physical media release of Super Mario Bros. would be a bare-bones release. Honestly, who associated with the film wants to relive that misery? You’d be surprised.

The most surprising addition to this disc is the featurette, “This Ain’t No Video Game.” Even though the disc says featurette, this feels closer to a making-of documentary. “This Ain’t No Video Game” is a semi-recent documentary produced originally by Severin Films. This featurette traces the 1993 film from inception through its notoriously troubled production into the disappointing theatrical run to its current state as a cult classic.

What could have been a quick cash-grab instead amazes with its honesty and amount of people interviewed. Directors Rocky Morton and Annabel Jankel, actor John Leguizamo, producer Roland Joffé and more break down what went right (not much) and what went wrong (a lot) with a warts-and-all overview of Super Mario Bros. I have to admit I was taken aback at the number of people who sat to discuss the film and how in-depth the featurette goes. “This Ain’t No Video Game” was a pleasant surprise and a highlight on the disc.

Umbrella Entertainment also released one additional feature that is a must-watch for film fans or those who can’t get enough of those pesky plumbers.

The disc also features the inclusion of the original film’s workprint. The workprint is a rough version of the finished product with alternate takes and additional scenes. As this is 30 years old, the quality is substandard but watchable. The workprint features a temp score, missing shots, and incomplete visual effects. The workprint is not the final cut, but it gives insight into how the creative team of Super Mario Bros. saw the film before locking it down to the final product. Not every moment of the workprint is worth talking about; some scenes and shots go on too long, and the temp score utilizing themes from Midnight Run, Darkman, and other films can be distracting, but you feel like you are sitting with the directors in the editing room. 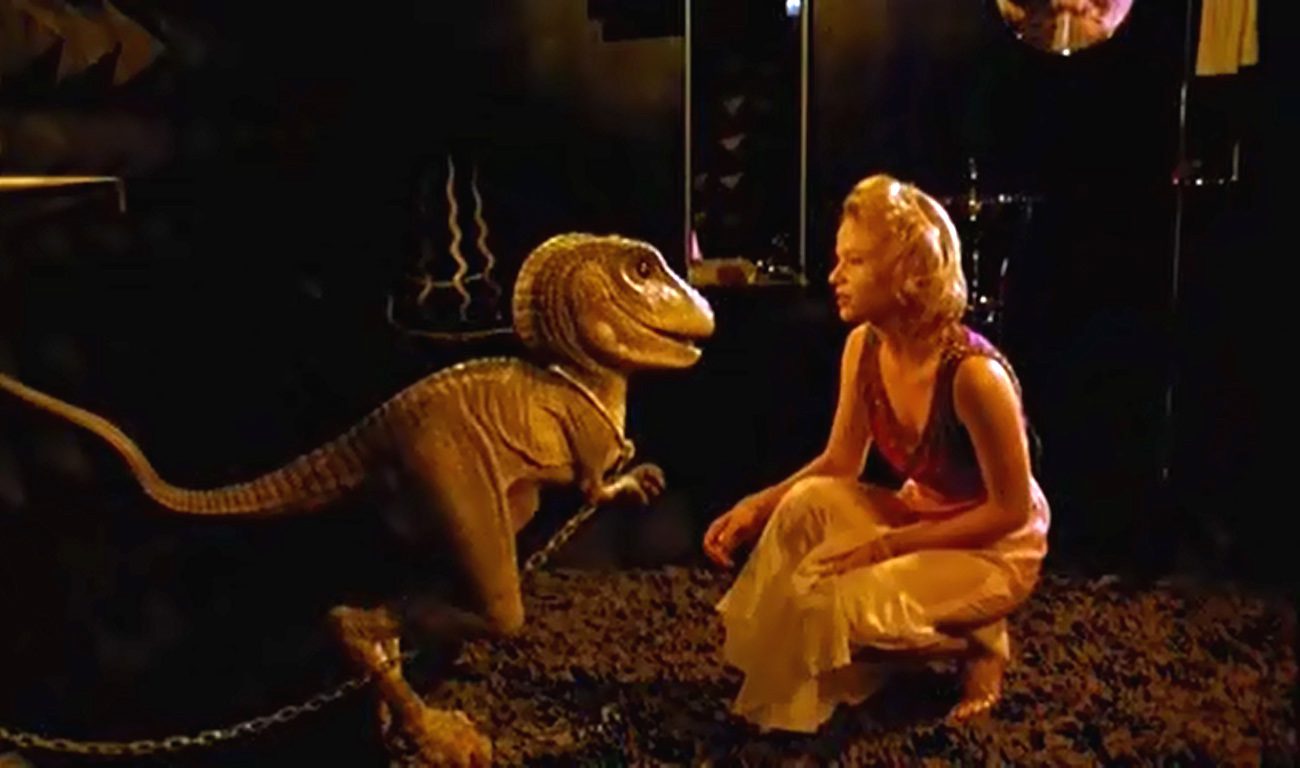 I love workprints. Getting that feeling of seeing a film that’s not quite ready but cobbled together enough to showcase to producers—you feel that intimacy. In a way, a workprint is a first draft of history. It doesn’t have a moment to shine as it’s not the final product that gets its moment on the big screen. When I see a workprint, it makes me feel excited—seeing where the directors and editors are heading, yet the film isn’t where it needs to be. It’s just an extra stop on a film’s production, and I welcome its inclusion.

The one final thing I need to mention about the workprint is it addresses the reason for an obvious continuity error. Anyone who has seen the movie knows the sequence where Koopa threatens Mario and Luigi with the “devolution” chair. Mario and Luigi escape by trapping Koopa in the chair while a large pool of green slime rests on the floor that wasn’t there before. Even if the scene is underwhelming, especially with the “money shot” incomplete, it’s nice to see the reasoning for this continuity error.

Next, we come to a making-of produced for the upcoming theatrical release. The making-of is a bit more of a puff piece as the idea behind this feature is to sell tickets. A large portion of this feature is dedicated to the impressive, if cluttered, production design. There are interesting moments sprinkled here and there, including the VFX artists showcasing their programs working on the film’s complicated visual effects. While not a comprehensive behind-the-scenes look like “This Ain’t No Video Game,” this is worth a watch to fill in small gaps within the film’s production.

Next up, we have the original Super Mario Bros. electronic press kit featuring additional cast and crew interviews with behind-the-scenes footage. The EPK begins with film clips and the crew at work. We then jettison over to sound bites from the cast and crew. There isn’t much to pick up here, though the scarce sound bites from a disinterested Dennis Hopper made me laugh. Rounding out the EPK are a few minutes of B-roll and a handful of promo clips and trailers.

Lastly, you get multiple storyboards for various sequences in the film, plus production, costume, and creature designs. As Rocky Morton talks about in “This Ain’t No Video Game,” he works to storyboard the entirety of a project—knowing that it is not surprising to see the abundance of storyboards to click through.

The last thing I would like to mention is about Umbrella Entertainment. I mentioned earlier they are out of Australia, and some might wonder if their Blu-ray release will work on their player. The case lists the release as Region B, but I have a basic North American Blu-ray player, and the disc played for me with no issues. Whenever purchasing out of your region, always make sure you have the capabilities to play the disc. 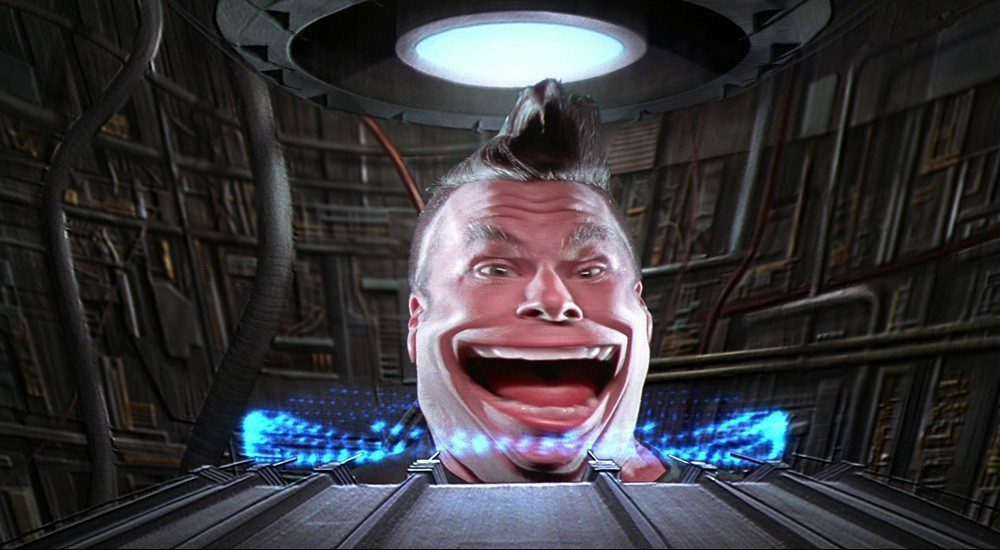 There you have it! Does Super Mario Bros. deserve the amount of love Umbrella Entertainment bestowed upon its physical media release? I can’t answer that for you, but I can say that if you enjoy this 1993 film adaptation, there isn’t a better release out there than this one!