Warning: Spoilers are coming with us on a holiday to the French seaside.

There’s a common fable concerning the best way to boil a frog. According to the fable’s entry in Wikipedia, it’s been used to describe everything from the creeping threat of socialism to climate change. It goes like this: If you throw a frog into a pot of boiling water, it will simply jump out. But if you place a frog in the water and slowly bring it up to a boil, the frog will simply cook in its own obliviousness; by the time it registers the heat, it will be too late. 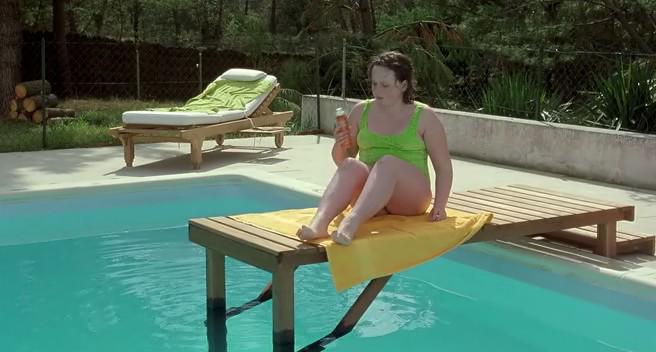 In Fat Girl, the 2001 film by Catherine Breillat, we in the audience are frogs in an artfully constructed pot full of our own childhood longings and the agonies of coming of age. Encased in the story of two sisters vacationing with their parents at the French seaside, Fat Girl is a brutal exploration of longing, sexuality, puberty, and shame. The Pingot sisters, Elena (played by Roxane Mesquida) and Anaïs (played by AnaÏs Reboux) open the film walking away from their vacation residence while their parents discuss their virginity. Anaïs mocks Elena for her shameless promiscuity, but Elena insists that she’s saving herself for somebody special who truly loves her. Anaïs retorts that she doesn’t want her virginity to have any value, that she’d prefer to lose it to a nobody. Soon after, the two meet a charming Italian law student, Fernando (Libero de Rienzo) who immediately sets his sights on Elena. What follows is an exploration of young love, particularly the devastating way the fruit of prepubescent passions can sour so quickly.

Even the film’s title creates a tension between the audience and the film, as we hear “fat girl” and walk in with certain expectations. We expect to see a traumatic portrayal of a fat girl, spurned by boys and mocked by others. We expect insecurity, heartbreak. We don’t get that from Fat Girl, however. We instead are met with the self-possessed personality of Anaïs, a fat girl who joyfully eats banana splits, talks openly about her developing romantic inclinations, and doesn’t cry when her sister teases her. The film’s French title, À ma sœur—which translates literally to “To My Sister”—was changed from Fat Girl when Breillat realized the assumptions of her audience, but it was already released in certain markets under the original title. I feel this original title works just as well, however, exactly for the challenge it presents. It’s simply a story featuring a girl who is fat, not the exploitative tragedy we always assume comes with being fat.

Breillat smiles while twisting the knife of our every painful adolescent experience into our backs. The idyllic seaside setting of the film cruelly taunts the Pingot sisters, juxtaposing Anaïs’ loneliness and the increasing pressure on Elena’s virginity with the salt air and bright sunlight of a French afternoon. However, the composition of the film and the cinematography of Yorgos Arvanitis pinch the setting into a bright prison for the heroines. The shots feel confining, with characters presented in either brutal closeup or straining at the borders of the frame. Even before the unspeakably dark ending of the film, there are hints at the hell brewing just underneath the Call Me By Your Name of it all. 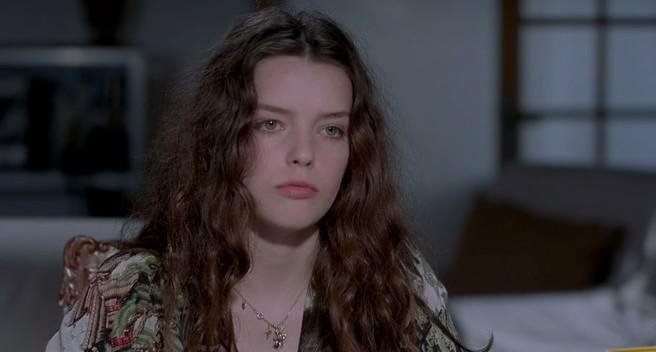 The competing theses of Anaïs and Elena constantly spark against one another, resulting in almost Dantean contrapasso for each girl’s limited understanding of the sexual world they’re dipping their toes into. The two are both exposed to different kinds of sexual oppression—Elena from the constantly pressuring, older Italian boy, and Anaïs from a violent stranger at the film’s end. Breillat crafts a world in her film where the brutal heat of shame and oppression shines as brightly as the French sun.

The film contains two rapes, one subtle and one brutally explicit. Elena, entangled with the Italian law student early in the film, is coerced into anal sex while her little sister, pretending to be asleep, hears the entire exchange. It is clearly painful, and all the confirmation Anaïs needs that sex with someone close and caring can be as vile and repugnant as the “nobody” she mentions at the film’s beginning. The idea that closeness and familiarity, or her sister’s good looks, are safeguards against objectification dissolve with each of her sister’s pained cries. It’s a heartbreaking scene, for Anaïs and for the audience. 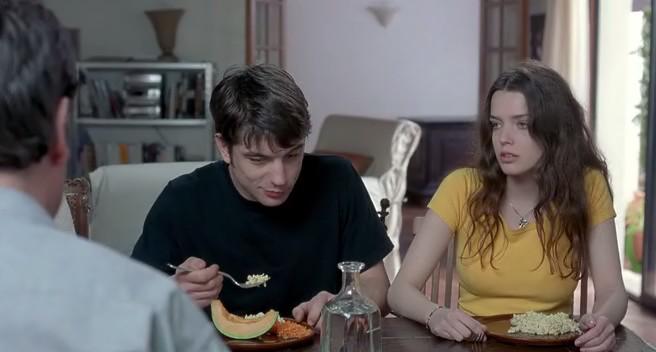 The second rape is an explosion. When the girls’ mother takes her children away from the seaside and back to their normal lives, the family is attacked by a vagrant who quickly and shockingly kills the mother before crushing Elena’s head with a hatchet and dragging Anaïs towards the woods to assault her. Rather than kick or scream, Anaïs simply submits. Her motives for this are unclear: Does she submit out of fear of the attacker’s hatchet? Does she simply freeze? Or, darker still, does she simply accept that her consent, in the cold, brutal world of rape culture, where men manipulate and lie to her sister and ignore her completely unless it serves them, will never matter? Breillat keeps things ambiguous, as her films frequently do, leaving the audience cooking in the same bleak uncertainty they left behind when they grew up.

In a 2001 interview with Filmmaker about the film, Breillat described Fat Girl as a “psychological sitcom.” These words match the film perfectly, as Breillat’s unrelentingly dark tone plays over the usual cast of a family unit on an ideal vacation dealing with precocious daughters. The attack on the familiar is at the heart of Fat Girl, which is as interested in interrogating the stereotypical romantic coming-of-age story as it is with cultural perceptions of rape and rape culture. 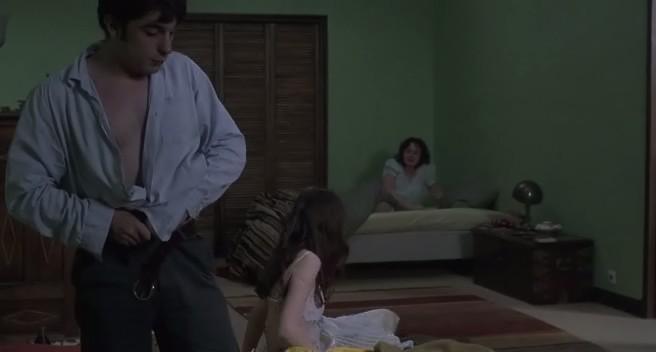 Despite its brutality, Fat Girl is a beautiful, thoughtful movie with a provocative, incendiary set of ideas at its core. Watching Breillat’s naturalistic dialog, masterful pacing, and captivating actors’ performances make for a film well worth its Criterion release and your time as a viewer. You will never feel more grateful to be boiled alive.

Gus is a horror critic and fanatic with a passion for giallo, animal attack films, and Vincent Price. When he was a kid, he had to leave a stage production of A Christmas Carol because it was too scary, now look at him. He can't wait to hear your Top 5 Horror Movies.