Welcome to my column dedicated to the appreciation of physical media supplements called: Feature Presentations. The goal of this column is not to say whether a film is good or bad and worth picking up or not—I would like to highlight the discs that go the extra mile and provide film fans with enough tasty tidbits to satisfy even the hungriest of cinephiles. With all that out of the way, today’s article will focus on Dragnet from Shout Select. 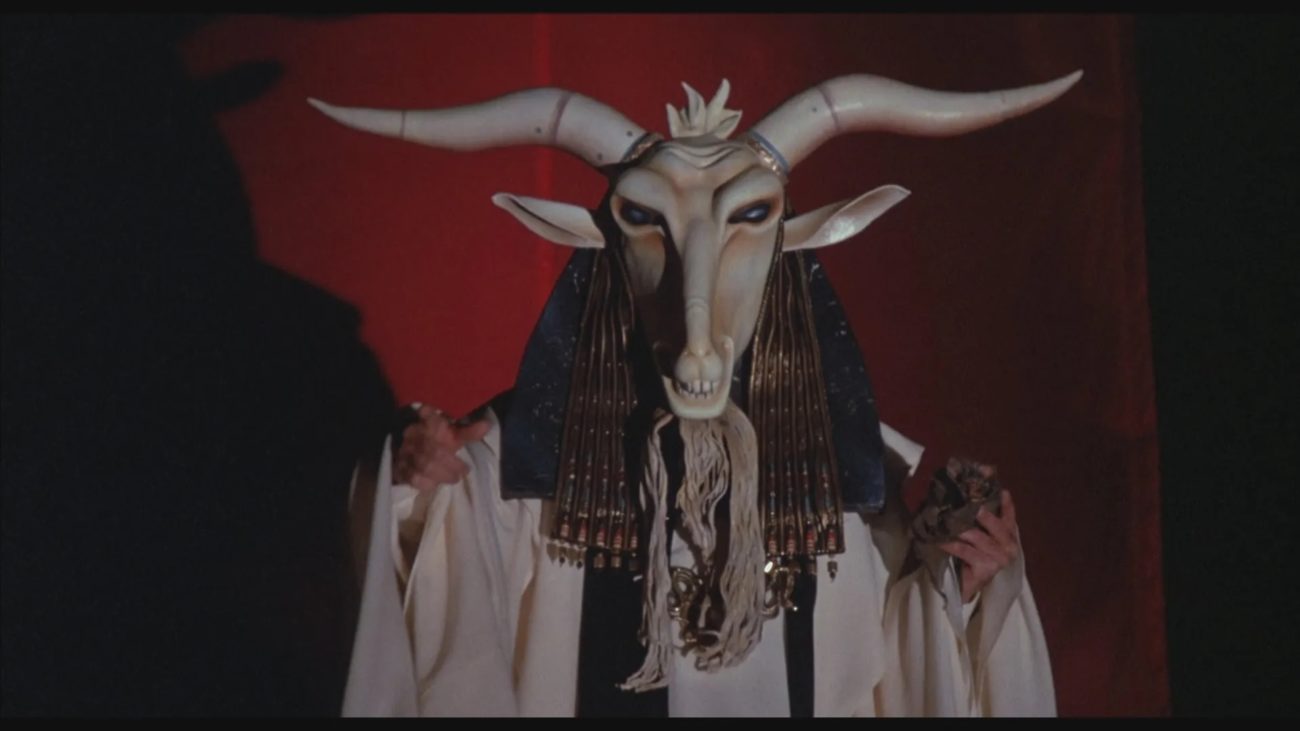 We all have those movies we grew up on as kids. Even as adults, certain films take us back to our childhoods. Those bits of cinema sometimes cloud our judgment on whether a movie is good or bad with nostalgic feelings. Now, everyone is different. If you like something resoundingly hated elsewhere, there’s nothing wrong with that. There’s no wrong answer to what you find enjoyable. It’s what makes the world go round.

Not to say that Dragnet is hated, the critical response is overall positive, but for some reason, the movie gets lost in the shuffle. I’ve always championed the film as Dan Aykroyd knocks his impression of Joe Friday out of the park! I’m not sure if there is another actor who could pull off Joe Friday the way that Aykroyd does. I’m not the only one; even Gene Siskel felt Aykroyd deserved an Oscar nomination!

The rest of the film is just as well-cast, with Tom Hanks continuing his 1980s run of comedic performances as Friday’s partner. Add on Dabney Coleman and the late Christopher Plummer joining in, and you get a slice of ’80s comedy gold. And while the screenplay’s plot gets murky in the second half, you still get a well-produced comedy with a fair share of earned laughs. While 1987’s Dragnet whole-heartedly earned its PG-13 rating, I was lucky enough to familiarize myself with the film as a young child. Maybe lucky isn’t the right word, but it’s just as funny back then as it is now.

Watching Dragnet, even in 2022, I am taken back to my childhood, certain scenes taking me back to pinpoint moments in my life that put a smile on my face. Adding to that, Dragnet is just a funny film, and it’s no wonder when Shout! Factory released this film; I made sure to add it to my physical media collection.

Now, with that in mind, let’s get into this week’s article on the Shout Select Blu-ray release of 1987’s Dragnet. 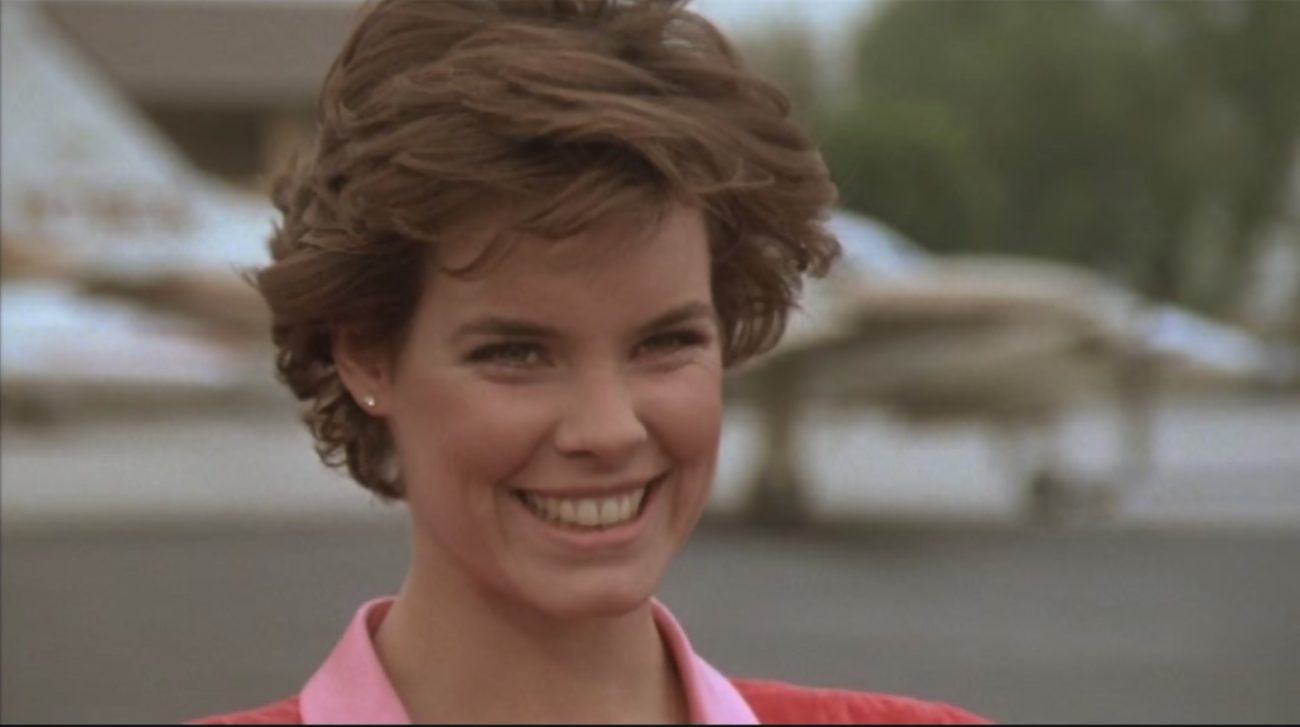 Unfortunately, once I added this film to my collection, I missed the slipcover that Shout! Factory offered. The slipcover featured new artwork created for this specific release. What Shout! Factory did provide on this release includes a reversible wrap with newly-commissioned art on one side and the original theatrical artwork on the other. If I’m being honest, I never liked the theatrical poster for the film, nor do I enjoy the new art either. Thankfully, the features on this release are better than the art would let you believe.

Getting into the meat and potatoes of the disc, Shout! Factory, under their Shout Select line, included a feature-length audio commentary with Pop Culture Historian Russell Dyball. Dyball steps up to the commentary track with a non-stop barrage of behind-the-scenes stories and overall production history. As expected, Dyball’s comments play better for fans of the film. Listening to Dyball talk about how Dragnet came to be along with excised scenes piqued my interest with a handful of his stories, and comments were new to me. Even if Dyball is not associated directly with the film, Shout! Factory made a good choice in having him sit for this track.

The next feature is an interview with Alexandra Paul, “A Quiet Evening in the Company of Connie Swail.” A funny moment comes from Paul talking about how she did not find the film’s ideas funny, juxtaposed with Dyball’s comments that the main actors found the script filled with comedy. Paul comes off as extremely likable as she shares stories about working with Dan Aykroyd and Tom Hanks, tales from the set, revisiting Dragnet after 30 years, and her shock at the final moments of the finished film. There’s not earth-shattering from this interview, but Paul’s enjoyable persona and her recollections make “A Quiet Evening in the Company of Connie Swail” worth a watch.

Next up, “Just the Facts” is a promotional look at Dragnet with Dan Aykroyd and Tom Hanks. This featurette, shot in preparation for the 1987 film’s release, is a fluffy making-of that mixes promotional footage of the movie with the original Jack Webb TV classic. While there is nothing to be learned from “Just the Facts,” it works best at taking a peek behind the curtain of how the initial incarnations of Dragnet came to be. I hadn’t seen this promotional feature before, so it was nice to see. The featurette is fluffy, but it is a welcome addition, especially as the TV versions get to shine and take center stage for part of “Just the Facts.” 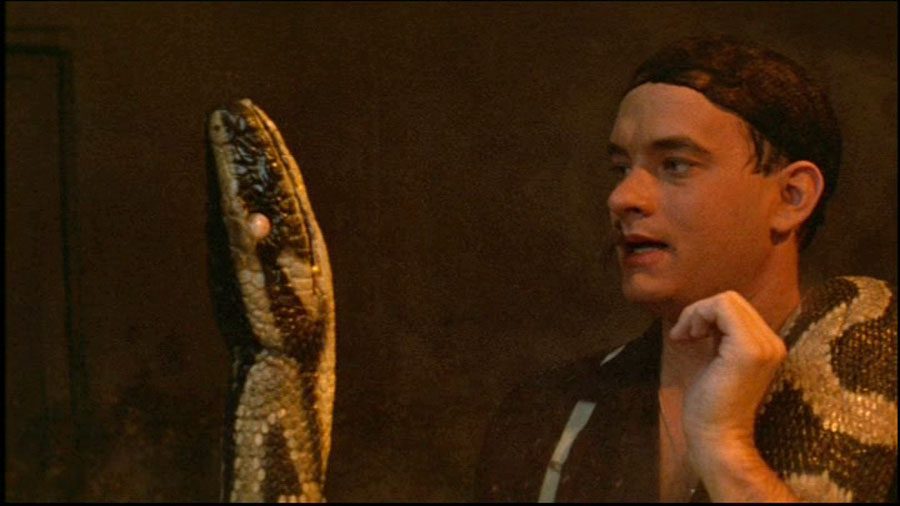 And there you have it! Dan Aykroyd did Jack Webb justice with a heck of an impression while updating the TV classic for the big screen. As a fan of Dragnet, I am happy to see that Shout! Factory gave the film a special edition. If I’m nitpicking, I wish there were more features—the multiple mentions of omitted scenes would be nice to see or recent interviews with more of the cast or crew. Qualms aside, if you are a fan of the 1987 adaptation of Dragnet, there is no better release out there. And those are just the facts.