Welcome to my column dedicated to the appreciation of physical media supplements called: Feature Presentations. The goal of this column is not to say whether a film is good or bad and worth picking up or not—I would like to highlight the discs that go the extra mile and provide film fans with enough tasty tidbits to satisfy even the hungriest of cinephiles. With all that out of the way, today’s article will focus on Fire in the Sky from Imprint Films. 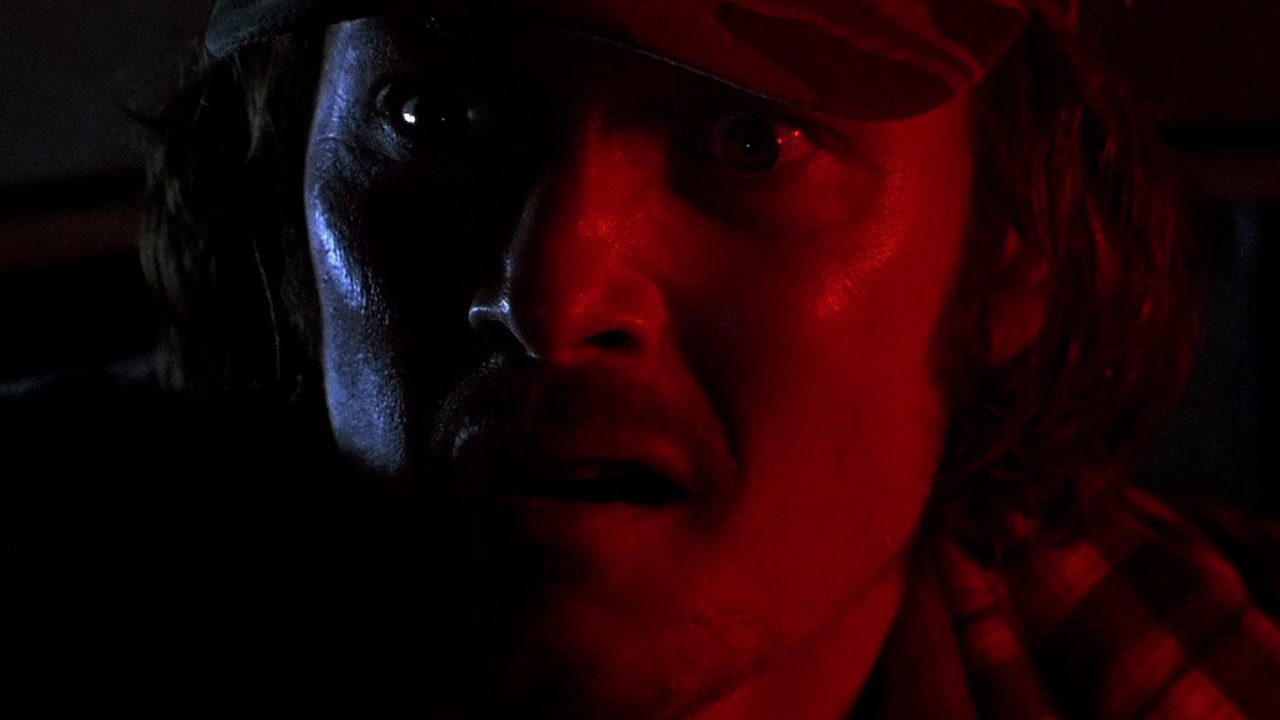 I have talked about Imprint Films in the past. Out of Australia, the boutique label is one to keep an eye on with feature-packed discs of Hollywood and obscure films alike. Whether big-budget fare or small, Ozploitation classics, Imprint Film treats every physical media release with love and care. Fire in the Sky is one of those films that seems like it would have faded away into obscurity after its 1993 release. At the same time, if you ask around, most people have seen it and enjoyed the movie.

I distinctly remember the trailer hitting theaters and having genuine excitement for when the film would hit cinemas. When that time finally came, I recall checking it out and noticing that I was the only one in the theater. That was their loss. Once the credits rolled, I walked out of the theater with a film I hold in high regard, even to this day. It’s been almost 30 years since Fire in the Sky dropped, and I enjoy the movie as much as I did back then.

When the advent of DVD was in full swing, I saw Fire in the Sky on disc and had to add it to my collection. It was a mix of joy and disappointment as I now had the film at my fingertips, yet the package was bare-bones. For many years, I would wonder if a special edition of Fire in the Sky would ever be released. Cut to 2021; Imprint Films stepped in to make this film fan happy.

The one caveat I need to stress is I initially missed out on the first batch of orders for Fire in the Sky—those came with an additional slipcover. That falls on me for not finding out about this release until after it came out. Beyond that, the discs are identical and provide plenty of goodies for those who champion Fire in the Sky.

The first feature is an audio commentary from director Robert Lieberman. Flying solo, Lieberman details plenty of behind-the-scenes information including: Craig Sheffer’s onset personality, casting D.B. Sweeney late in production, and visual versus practical effects. As happens with solo commentaries, Lieberman sometimes falls victim to narrating the film’s action. Overall, this commentary is serviceable and appreciated for its inclusion on the disc. 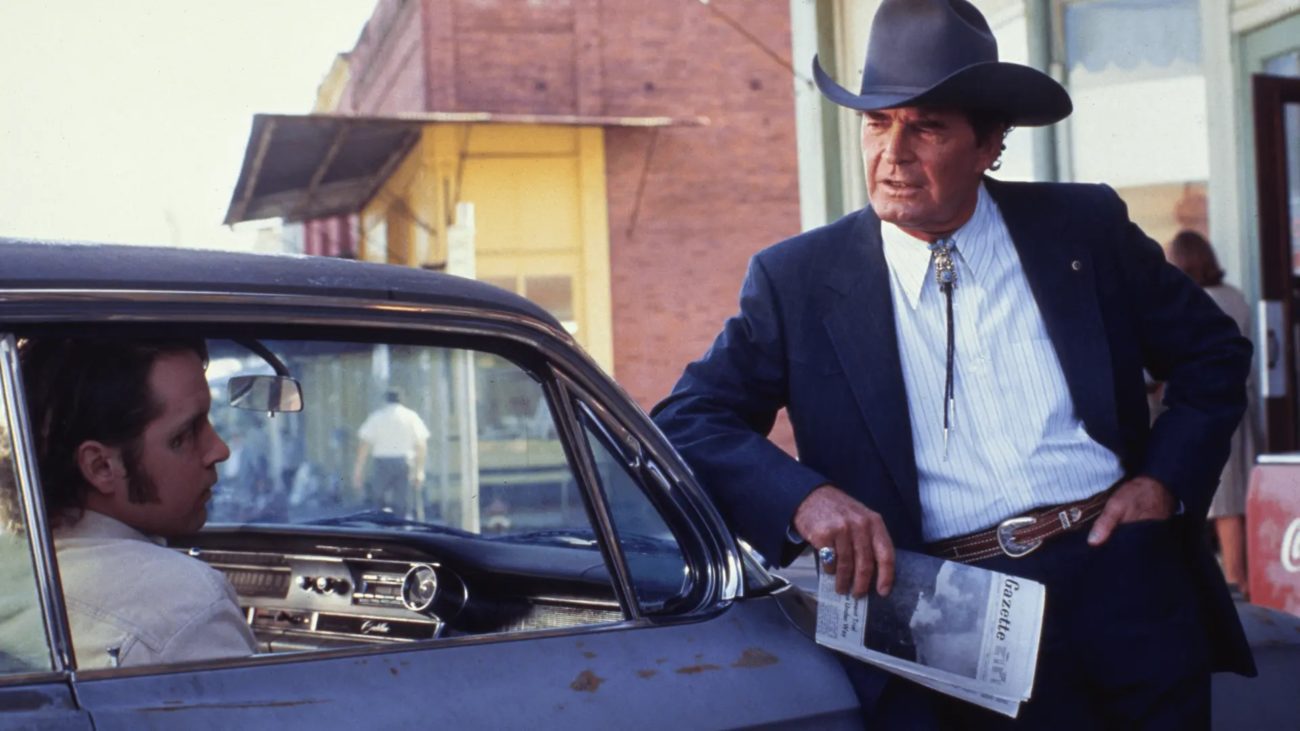 Next, we have “Fear From Above: The Practical Effects of Fire in the Sky.” As the title would suggest, this feature is an interview with visual effects supervisor Michael Owens and art director Harley Jessup discussing the various effects in Fire in the Sky. This featurette might appease most fans of the film. Owens and Jessup detail the practical effects of the film’s final sequence with Travis Walton in space. From the wire work to the latex used in the sequence’s harrowing final moments, each effect gets its due during this 20-minute interview.

The next feature, “Borrowed Time: Scoring Fire in the Sky,” is an interview with composer Mark Isham. Ever since I saw the film back in 1993, Isham’s score has been one of the most impressionable aspects of the film that stuck with me over the years. Isham discusses how he built the score from the abduction scene onward. He talks about how he worked with the director in developing the score and how he bookends the movie with similar themes to round out the narrative. While only about ten minutes, the feature does the job and allows Isham to explain how and why he crafted the score he did.

Actor Robert Patrick sits down for an interview, “We Gotta Go Back,” to discuss his time working on Fire in the Sky. “We Gotta Go Back” is an audio-only interview with film clips overlaid. Patrick speaks honestly about his struggles with finding work after his performance in Terminator 2: Judgment Day and how he came upon this film’s script. Patrick talks positively about his time during production including: speaking with his real-life counterpart and how James Garner assisted with his in-camera technique. Unfortunately, this interview runs less than ten minutes, but Patrick makes for an engaging listen.

The last interview on the disc, “Touched by Light,” is another audio-only interview with actor D.B. Sweeney. Before the opening titles begin, Sweeney talks about how he wanted to use the weightless scenes in an attempt to audition for Spider-Man when James Cameron owned the rights. Sweeney talks about how maple syrup plays a malevolent force within the movie and his time working at ILM for the spaceship sequence. An interesting tidbit that Sweeney drops is that he does not perform the famous shot of his character screaming while his entire body is covered in an alien wrap. This interview is longer than “We Gotta Go Back,” and Sweeney has plenty to say.

We next have a photo gallery that includes shots from the finished film and some behind-the-scenes images. Lastly, Imprint Films features the original theatrical trailer to round out the disc. Rewatching the trailer brought me back to my younger years. Good stuff. 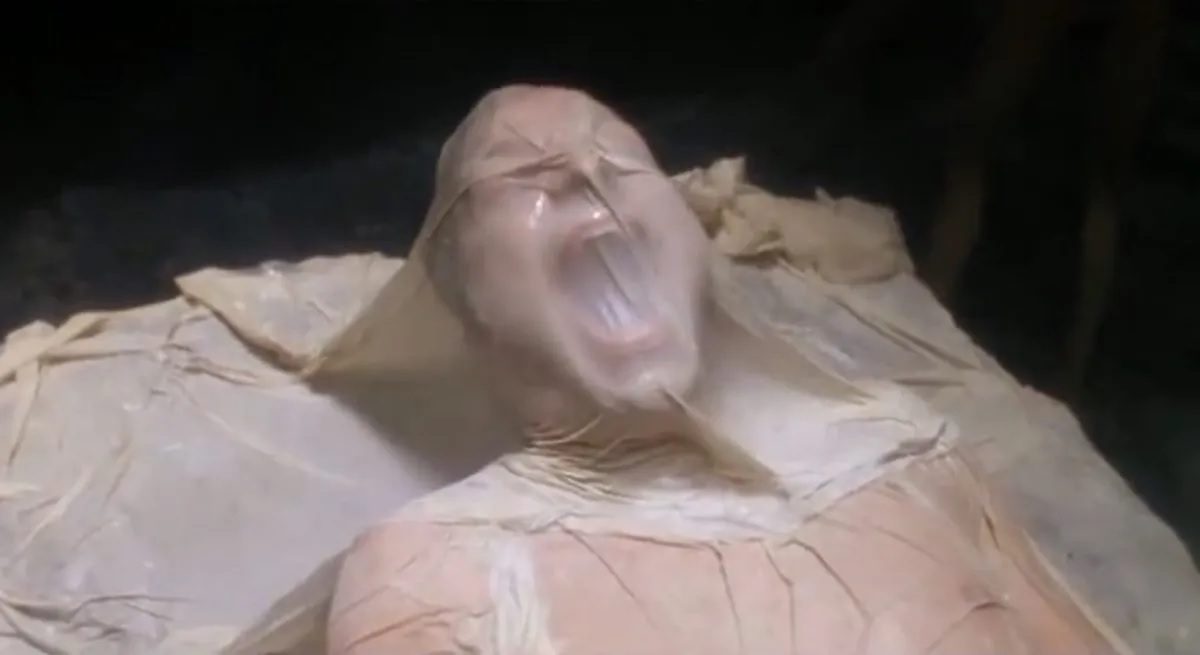 And, there you have it! While Fire in the Sky works well as an alien abduction story, the film plays just as well as a character drama. Imprint Films made this film fan’s day with a stacked release that provides everything a fan of Fire in the Sky desires. Even though Imprint Films resides in Australia, this Blu-ray disc worked perfectly on my North American Blu-ray player. If you fancy Fire in the Sky, this release from Imprint Films is the one you need to get your hands on!