What can be said about men? Their manipulative animalistic tendencies are inescapably suffocating. At least according to director Alex Garland. The strokes Garland paints with his brushes are broad, depicting the male sex as Harvey Weinstein like sickos.

After suffering the suicide of her husband, James (Paapa Essiedu), Harper (Jessie Buckley) lives with the immeasurable guilt of his decision. As she seeks solace from heartbreak, Harper’s sense of comfort is challenged by the men occupying the English countryside she’s vacationing. The owner of the residence is affable, if not too much so, but things quickly get weirder from there. Stalking Ms. Harper is a bald naked man. When reporting the nudist’s harassment, the authorities scoff at her concerns. If the naked guy sounds crazy, that’s only the tip of the iceberg.

Garland’s imagery will last long in your head. Men is pure body horror. The perverse nature of its grotesque imagery would make David Cronenberg jump with joy. From a lesser mind, Men could play as coy, pretentious shock value. Just another flick left on Tubi’s horror selection screen. But it’s not. Alex Garland is more intelligent than that but not brilliant.

The simple yet complex nature of Men states a straight point, then restates it, and restates it again. Yet it’s done so effectively that it can be enjoyed as a thrill ride. If the rollercoaster isn’t fun, you won’t forget the thrills. Strangely, on a commercial level, Men works. It’s a film that will elicit reactions like The Human Centipede did. The exception being this film has a brain. And like any brain, there are flaws.

Beyond men being sex-addicted pigs, what is the film’s heart? Are women saints and men the sinners; wolves in sheep’s clothing? Even the comfort of a priest transforms into another predatory game of survival. Living with the suicide of her husband, Harper’s memory of the destruction of her relationship haunts her. Meanwhile, every guy in this film wants to fornicate or scold Harper. All to remind her that men run the world and expect subservience to their thirst for power from women.

Living as a woman in a Man’s world, Harper can find no comfort except when she FaceTimes her American friend Riley (Gayle Rankin). A character that cuts the tension, and lightens the mood, yet breaks the film’s atmosphere. Removing her character may have been a better choice. Riley feels like a cheap convention in an otherwise well thought out film.

The movie plays like your regular horror film. Someone heads to a secluded area for vacation. Shortly afterward, things begin to get strange leaving our protagonist defending herself from attackers by the midpoint. The movie’s Freddy Kruger or Michael Myers is its small town occupants. Have you ever seen Straw Dogs? If you have, then you’ll get the picture.

Garland’s trademark cinematic nihilism is admirable. He can stumble at times, appearing pretentious. Others he sticks the landing. With Men, Garland’s filmography is 2-1. The stinker being Annihilation. If you can change my mind, I’m open to discourse. Some films can be oblique, like a David Lynch picture where you’re not supposed to get it because Lynch’s intention is to keep the viewer actively guessing long past the credits roll. Annihilation didn’t spark enough interest for me to care why Natalie Portman was being cloned. Garland’s films work best when they make a clear point, somehow it is continually Alex’s distaste for his own gender.

There’s a recurring theme of the male species containing an uncontrollable sex drive. Having seen Ex Machina once, I clearly remember one aspect of it. Nathan (Oscar Isaac) lives in a secluded house full of sexbots. All of which want to escape. In Men, Harper goes to a secluded area filled with perverts. The main one is a naked guy who chases her around.

Where Ex Machina is filled with full frontal female nudity, Men features even more skin from the opposite sex. And unlike Ex Machina, the nudity is off-putting. The guys are out of shape: older, some even dirty. In Ex Machina, the nudity comes from what a straight man considers attractive. Nathan designs his idea of the dream women to pleasure him. Garland challenges the men in the audience not to be turned on by the nudity, yet is fully aware, despite these droids’ exploitation, he can’t control how men will feel.

How the male figure in Men is depicted is representative of a woman’s objectification. There isn’t a safe place other than home (if they have one) for women to go without a man wanting their body. By being surrounded by men who want to do nothing but shed their clothes, Harper can’t evade the terror that is the male dominance of this world. That point is made loud and clear, if not anything on top of that. Vile, creepy, and mildly thought-provoking, Men is the perfect WTF flick to bring your friends to. 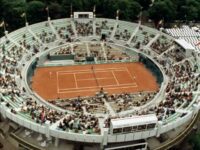